Where Was Netflix’s The Wonder Filmed? 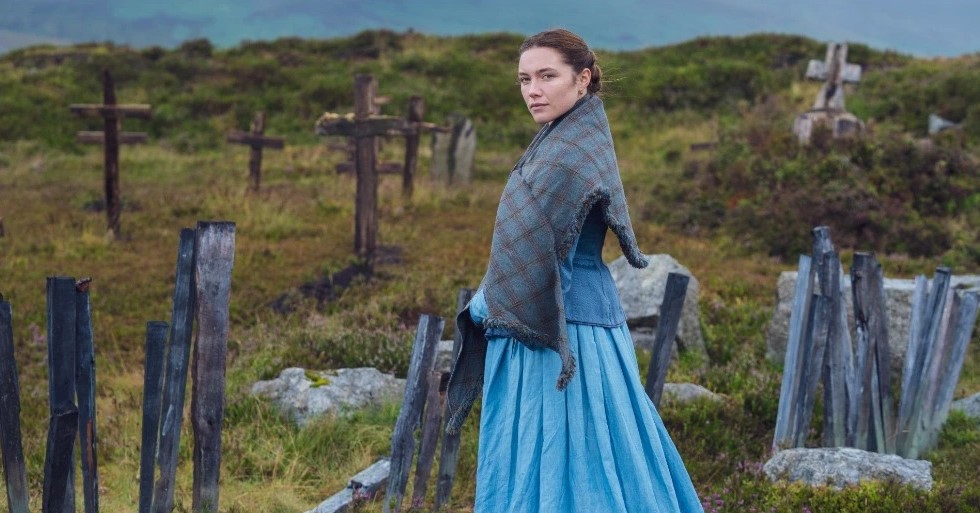 Based on the 2016 eponymous novel by Emma Donoghue, Netflix’s ‘The Wonder’ is a period drama movie co-written and directed by Sebastián Lelio. The narrative is set in the early 1860s and follows an 11-year-old girl named Anna O’Donnell who stops eating but stays alive even after months. To gain more perspective on this miraculous case, an English nurse named Lib Wright is sent to the isolated village and observes Anna closely. Along with her, several tourists and pilgrims gather around to glimpse the girl who is said to survive on manna from heaven.

However, as Lib spends more time in the village with Anna, some ominous and dark secrets unfold. The psychological thriller features stellar performances from talented actors, including Florence Pugh, Tom Burke, Kíla Lord Cassidy, and Elaine Cassidy, enhancing the narrative and keeping the viewers hooked. At the same time, the period setting with the open green fields in the backdrop makes one wonder where ‘The Wonder’ was actually shot. Well, if you are one such curious soul, you might be interested in what we have to share!

‘The Wonder’ was filmed entirely in Ireland, particularly in Dublin and County Wicklow. As per reports, the principal photography for the drama movie commenced in August 2021 and seemingly wrapped up in late September of the same year. Ireland’s drastic weather changes and complicated terrain made the production quite tricky, yet what challenged Florence Pugh (Lib Wright) were the animal co-stars on set. Now, let’s look at all the specific sites that appear in the Netflix movie!

Many pivotal portions of ‘The Wonder’ were lensed in and around Dublin, Ireland’s capital and largest city. Located at the mouth of the River Liffey, Dublin is a center for arts, culture, education, administration, and industry. It is home to several tourist attractions, such as Dublin Castle, the Spire of Dublin, Trinity College Dublin, the Ha’penny Bridge, and Christ Church Cathedral. Over the years, it has hosted the production of many movies and TV shows, including ‘Braveheart,’ ‘The Count of Monte Cristo,’ ‘Normal People,’ and ‘Penny Dreadful.’

Additional portions for ‘The Wonder’ were taped in County Wicklow, the 15th largest county of Ireland by population. During the early shooting stages, the cast and crew members were spotted recording important sequences in and around Hollywood, a village in the western portion of County Wicklow. The presence of several green and open fields makes for a suitable filming site for a movie like ‘The Wonder.’