Is Netflix’s Young Royals a True Story? Where Is It Filmed?

Created by Lisa Ambjörn, Lars Beckung, and Camilla Holter, Netflix’s ‘Young Royals’ is a Swedish teen coming-of-age show that is sure to enchant the audience through its gorgeous setting and captivating storytelling. Starring renowned Swedish talents like Edvin Ryding and Pernilla August, the series focuses on a fictional Prince Wilhelm as he navigates the highs and lows of everyday life in a prestigious boarding school.

Using the tried and tested plot of a royal living within ordinary people, ‘Young Royals’ brings a twist in play as the Prince is left to choose between desire and duty. ‘Young Royals’ piques the interest of young adults with its outstanding performances and stunning visuals. If you are interested to know whether the story is based on real-life and the filming locations, we have got you covered!

Is Young Royals Based on a True Story?

No ‘Young Royals’ is not based on a true story. With a few royals worldwide displaying a desire to lead a life away from royal duties, the show’s premise does seem based on reality. However, it is not so as the story has been conceived and created right from scratch by a talented team of writers comprising Pia Gradvall, Sofie Forsman, and Tove Forsman, with Lisa Ambjörn as the head writer.

While penning the script in 2020, Ambjörn mentioned how she wanted the story to focus on upper-class Swedish folk as they balance duty and love while finding their own way through life. The series introduces Prince Wilhelm, who is sent off to a boarding school after apparently causing trouble in his traditional royal family. Overjoyed at escaping from the clutches of his duties, the Prince loves his new life at the boarding school as he befriends similarly aged students who don’t know or care about his royal title.

Making such friends is extremely important to Wilhelm as he finally finds people who like him for who he is and not his heritage. Furthermore, the show also essays how Wilhelm tries to explore his sexuality while at school. However, the happy road soon takes a critical bend as Wilhelm’s kingdom calls him back to take up the duties of the throne.

The rest of the show focuses on the Prince’s dilemma and how he ultimately chooses between love and duty. It is honestly wonderful to see how the creators have intricately mixed entertaining boarding school drama with heartfelt moments. Even with the story being entirely fictional, the relatability and the numerous life lessons peppered throughout are sure to transcend reality.

With the series set in the country of Sweden, it was natural for the crew to film in various locations around the country to achieve an authentic feel. Filming mostly took place in and around Stockholm, the national capital, and brought into play the majestic architecture of the region. Here is a closer look at the exact filming locations.

Ekerö is a Swedish municipality located in Stockholm County in the province of Uppland. It brings with it the charm of urban living amidst marvelous architectural wonders like the Kaggeholms Castle (gård or slott). Located just a few miles outside Stockholm, the grand chateau-style manor was constructed in the 1700s before going through numerous changes in the 19th century. The house’s interiors were used to recreate the look of the fictional boarding school called Hillerska.

The beautifully maintained grounds doubled up as the exterior of the school, helping to shoot most outdoor scenes. Even the body of water Wilhelm can be seen rowing on is situated within the grounds of the manor house. 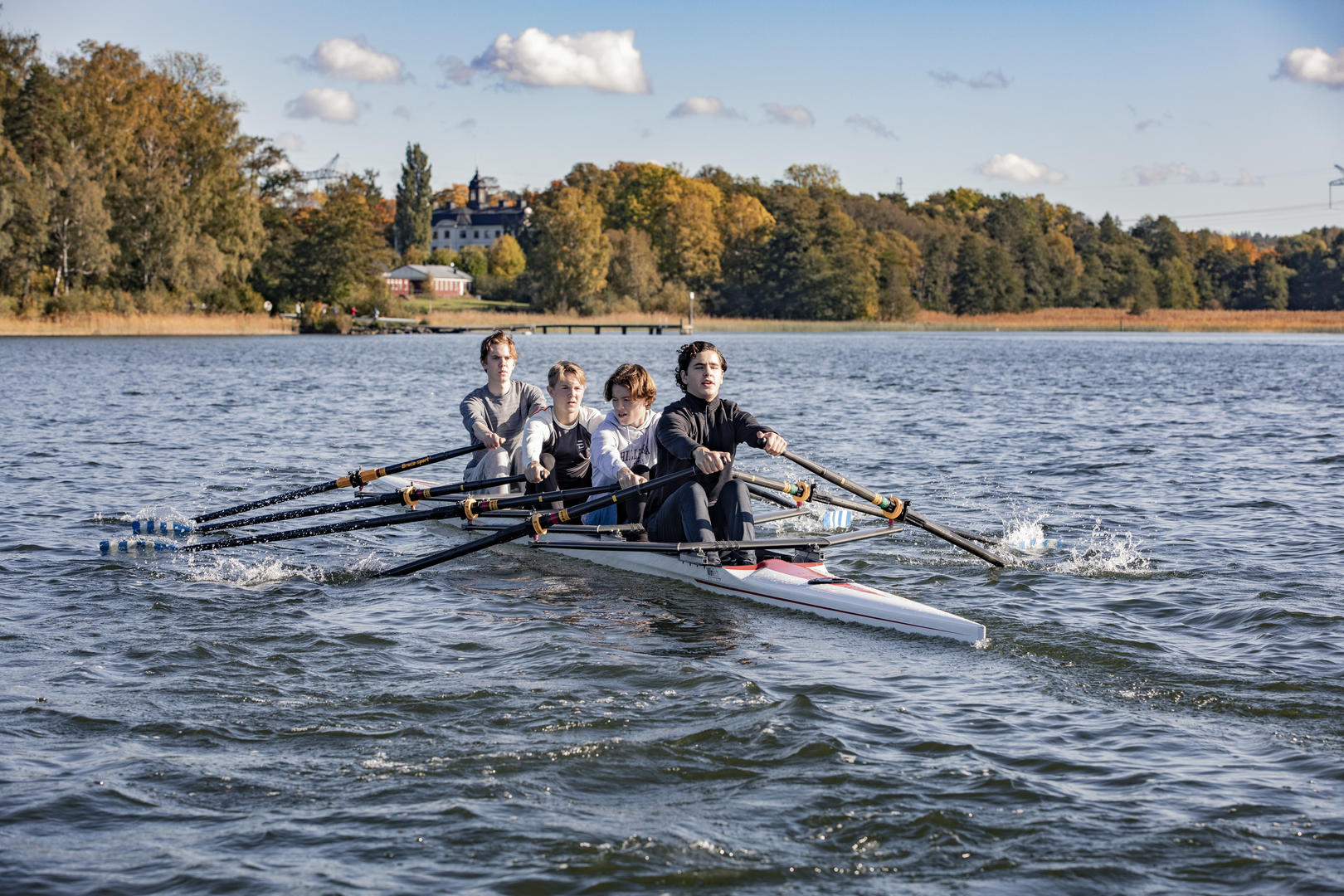 Ekerö is also home to the Träkvistavallen sporting complex, which boasts a running track, an indoor Hockey stadium, numerous lounges, indoor games facilities, and a football field. Most of the football scenes that we see in the show were shot on location at this facility.

The municipality of Stenhamra, located on the island Färingsö, is a charming locality amidst the lap of nature. The film crew used a house in this area to stand in place of non-residential students, Sara and Simon’s family home.

The Stora Sundby Castle is an architectural marvel utilized by the crew to recreate the interiors of the grand palace of Wilhelm’s parents. The opening scene in which Wilhelm gets into a fight and is then forced by his parents to read out an apology note was filmed right within the halls of this majestic building, located in Eskilstuna Municipality, Södermanland County.