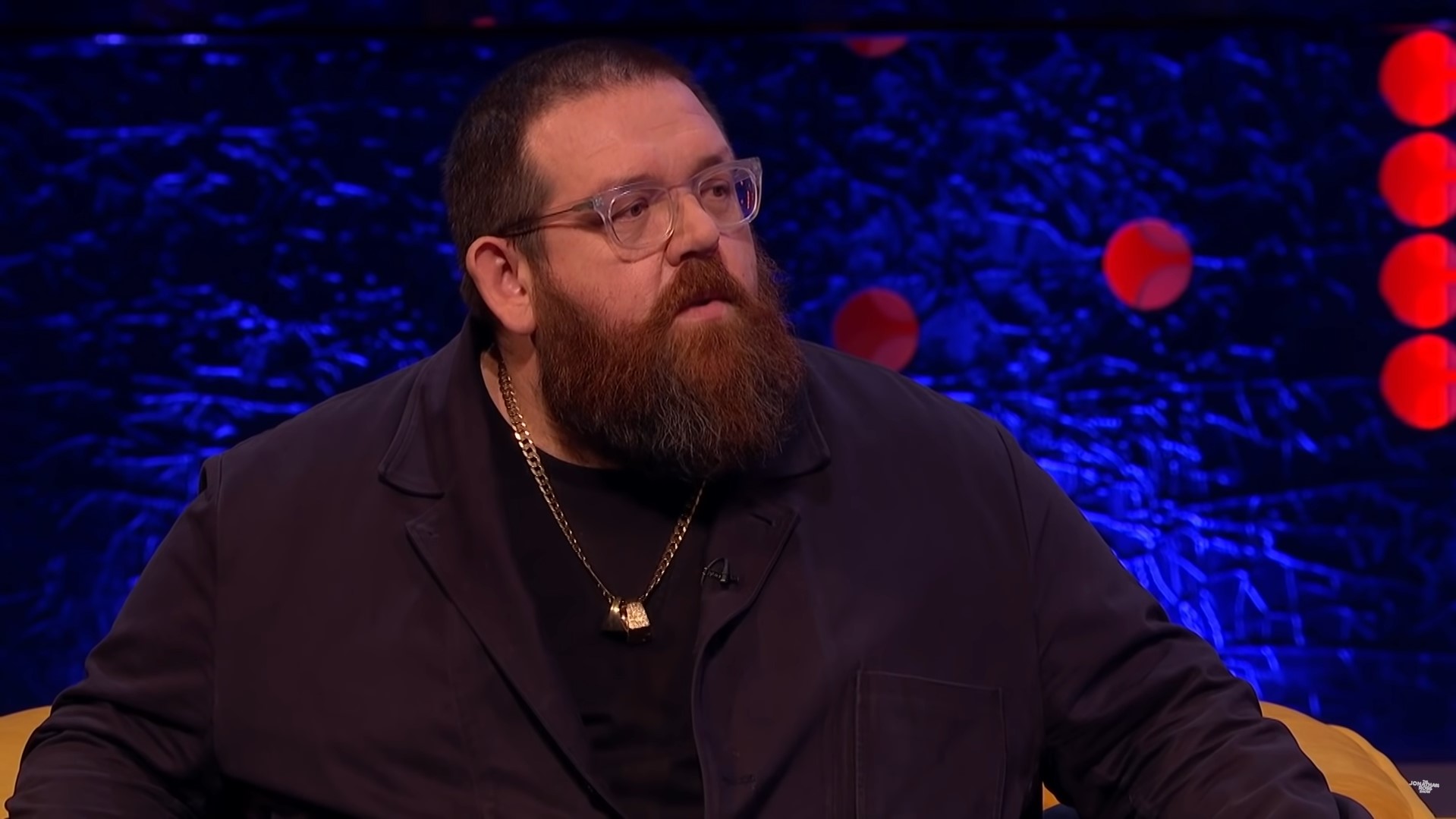 Nick Frost is a master of all trades. A brilliant actor, witty comic, and an excellent author, this multi-talented Britisher has also dabbled his foot in producing, screenwriting, and painting. With a host of laurels under his belt, Nick Frost manages to impress and captivate his audience in everything he does. Nick is best known for his hilariously funny comedy movies like ‘Shaun Of The Dead (2004),’ ‘Kinky Boots (2005),’ and ‘Hot Fuzz (2007),’ and ‘Fighting With My Family (2019).’

Apart from that, Nick has also been a part of big-budget productions like the 2012 film ‘Snow White and The Huntsman,’ ‘The World’s End (2013)’ and the 2016 film ‘The Huntsman: Winter Wars.’ He also appears in renowned TV shows like ‘Into The Badlands’ and ‘Why Women Kill.’ In 2015, Nick also released his memoir, ‘Truths, Half Truths & Little White Lies.’

After wowing audiences and critics alike with his brilliant talent and hard work, HBO approached Nick Frost and offered him the role of Declan Orrun, aka The Beggar King, in the 2021 sci-fi TV show ‘The Nevers.’ With such an impressive career to date, Nick Frost’s fans are sure curious to know more about the actor and comedian’s life behind the screen. Well, here is everything we found out about Nick Frost’s personal life.

Nick was born on March 28, 1972, to John Frost and Tricia Frost in Dagenham, London. Nick’s childhood was filled with traumas and hardships. Coming from a close-knit family, he was close to his sister. When he was just ten years old, Nick witnessed his sister pass away due to an asthma attack, which left a prominent impression on his young mind. The family’s troubles continued as they lost their business and subsequently their home when Nick was just 15 and still attended high school.

Shortly after, his dad fell sick, and his mother took to drinking, which resulted in her having a stroke. Nick wrote in his book that the worsening conditions led to him almost taking his own life but then he had a change of mind. He left school and took up a job with a shipping company. Later, Nick left his job with the shipping company and landed another job as a restaurant waiter in North London. Here the actor met his future co-star and close friend, Simon Pegg.

The duo immediately took a liking to each other and became friends before ending up sharing a flat. It was through Simon that Nick discovered his passion for acting and comedy. The two still share a close bond to this date. Nick’s family, though, was marred with tragedy, and between 1995 to 2005, Nick ended up losing four of his half-siblings and both of his parents. He misses his family to this day and tries to keep their memory alive by posting about them on social media.

Nick Frost was previously married to Christina Frost, who hails from a half-Swedish background. Christina is a TV Producer who married Nick in 2008. The couple spent three years of marital bliss before being blessed with a son in 2011. Initially, Nick and Christina were contented in their marriage, but soon cracks began to show. After seven years of marriage, the couple split in 2013 and got divorced officially in 2015.

However, the two have remained on amicable terms. Talking about their unique bond, Nick told Guardian in 2019, “I think when Chris and I got divorced we knew people who didn’t [get along] and you see what it does to their kids. I get sometimes that there’s no other option, but once you’ve made the choice to get divorced for the benefit of the child, it seems churlish to then be shit to each other.”

In 2018, Nick was reported to be dating again as he fathered another child with his then-girlfriend. Though, it is currently not clear whether Nick Frost is still with the mother of his second baby. Over the years, Nick and Simon Pegg’s friendship has also raised rumors of the duo being gay. It stemmed from their public display of affection for each other to the fact that they shared the same bed for nine months during their struggling days.

However, both Nick and Simon have denied the rumors. Shedding some light on the wild speculation, in the same interview, Nick said, “I hadn’t seen many people before doing that. You were either gay or straight. There was never that… we kiss on the mouth, yet we’re heterosexual.” He added, “We were affectionate. We were in love. It was a platonic, non-sexual love affair, for 25 years. So in terms of whoever seeing that – fucking Loaded magazine and Nuts and Zoo – and realising you can have a girlfriend and still kiss your best mate on the lips, yeah.”

Nick Frost is the proud father of two children. He had his first child, Mac, in 2011, when he was married to Christina. After the couple divorced in 2015, Nick claimed that he and his ex-wife found a delicate balance on co-parenting their son properly. “It isn’t easy, but it works,” he said. In late 2018, Nick and his then-girlfriend gave birth to another child.

After his second child’s birth, Nick stated that he, his then-girlfriend, and his ex-wife Christina got into a mutual agreement to make sure that both children get all the love, affection, and care they deserve. It seems as if Nick chooses to keep his personal life under wraps and does not post about his relationships or children on social media. We want to respect his privacy and wish him the very best in his future endeavors.

Read More: Amy Manson From The Nevers: Everything We Know