Is Noah Centineo Dating Anyone? Who is His Girlfriend?

Noah Gregory Centineo is an American actor and model, most popularly known for his role in the Netflix movie ‘To All the Boys I’ve Loved Before’ and its two sequels. His killer good looks perfectly fit into the high school heartthrob image that most of his reel-life characters are based on. Although Noah is not a teenager himself, he has a huge female fan following within that age group. Beyond his on-screen reputation as the perfect prince charming, Noah is hard-working and ambitious in real-life.

Noah’s determination towards his craft is evident from his increasing popularity and grasp over the entertainment industry. His other works include rom-coms such as ‘Sierra Burgess Is a Loser’ and ‘The Perfect Date.’ As one of the most eligible and sought-after actors in Hollywood right now, Noah has astonishingly kept his private life away from the prying eyes of the public. But if you’re looking for updates about his dating life, here’s everything you’d want to know.

Who is Noah Centineo Dating?

This is the question that begs to be answered, and we’re pretty sure that some of Noah Centineo’s fans even lost sleep over this matter. Over the years, Noah has been linked to his ‘To All the Boys I Have Ever Loved’ co-star Lana Condor. Fans of the movie even root for the pair off-screen, but the duo clarified that they are just good friends. Noah’s appearance in Camila’s Cabello’s music video “Havana” also ignited rumors about Noah being involved with Camila, but that claim too proved baseless.

However, it has been confirmed that Noah’s was in a relationship with ‘Lab Rats’ star, Kelli Berglund, back in 2013, before the two became famous. There isn’t much information about their dating life, although Kelli has an Instagram picture with Noah from their time spent together. The couple separated after a few years due to reasons not known to the public. 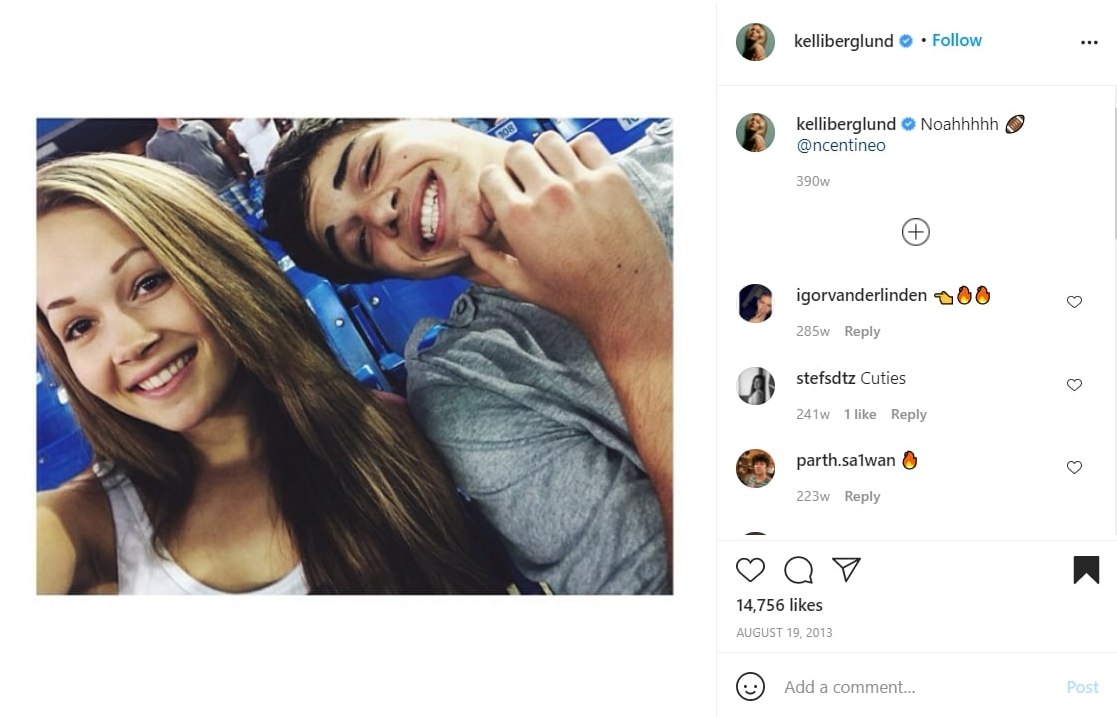 Noah started dating actress Angeline Appel in 2016, which lasted for two years. The couple posted several pictures on social media, which mostly feature them holding each other intimately. But the couple decided to erase all evidence of their relationship after they broke up. But thanks to the fans out there, a few pictures are still available on the internet. 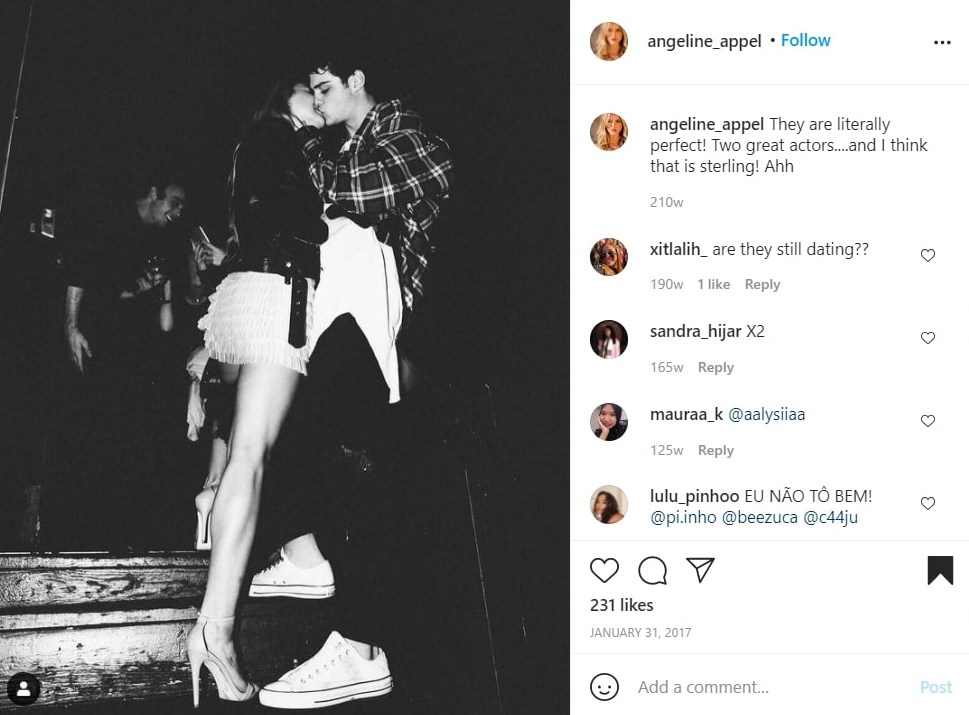 Noah subsequently got into a relationship with model and social influencer Alexis Ren, which happens to be the most publicized relationship he has ever been in. A rumor about their relationship status took shape in May 2019 after he was spotted picking her up from an airport in Palm Beach, Florida. The pair apparently met through friends and started dating in March 2019.

Their relationship status wasn’t revealed until their first red carpet appearance at the UNICEF Masquerade Ball in October the same year. Reportedly, after more than a year of dating, the couple parted ways in April 2020. Noah and Alexis sparked breakup rumors after unfollowing each other on Instagram in March 2020. He had also posted a people in January 2020 with Alexis that confirmed that they were together but deleted it post-breakup.

Who is Noah Centineo’s Girlfriend?

Noah Centineo started dating Anastasia “Stassie” Karanikolaou, best known to the public as “Kylie Jenner’s BFF.” The couple started dating around the end of 2020 and have since kept their relationship out of the spotlight. They reportedly started off as friends, collaborating to film a project, but ended up connecting and sharing strong chemistry. 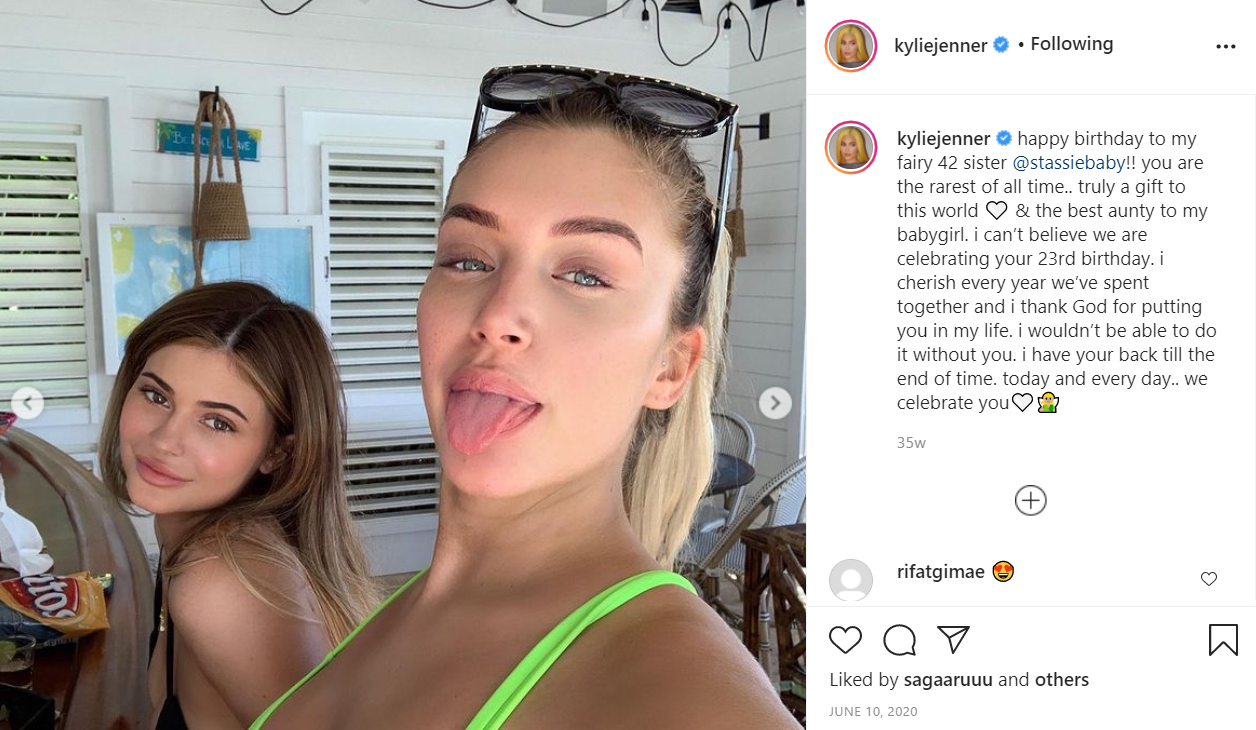 Noah and Stassie have been mostly seen chilling with friends and were even spotted at Kylie’s Halloween party the same year. The exciting part about their relationship is the now-debunked rumor that suggested they eloped and got married. Although they haven’t publicly confirmed their relationship status, they’re certainly dating.