Is Noel Fielding Married? Does He Have Children? 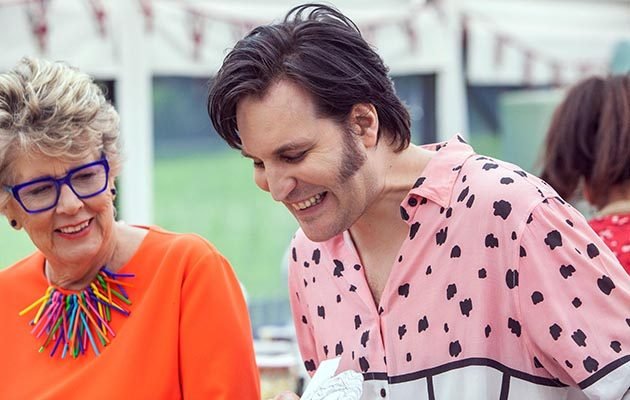 Noel Fielding is a multifaceted personality, most famous for a popular British comedy troupe, ‘The Mighty Boosh,’ which has spanned a total of 20 television episodes for BBC Three. The television series aired from 2004 to 2007, and from then on, Noel has appeared on various other TV shows, produced great art, and held exhibitions to showcase his talent before the world.

Since 2017, the quirky comedian has been co-presenting ‘The Great British Bake Off’ alongside Sandi Toksvig, who recently stepped down in 2020. While Fielding carries around a rather complex persona, evident from his bent towards surreal humor and black comedy, he keeps his personal life relatively simple. We scoured the internet to shell out the details, and here is everything we found out!

Noel Fielding is the son of Ray Fielding and Yvonne Fagan, who were mostly unsuccessful in giving their son a stable childhood. They welcomed him into their lives when they were as young as 18 and separated shortly after his birth. Unfortunately, his mother passed away at the age of 37, succumbing to complications caused by liver damage. Noel was hardly three years old when his father married another woman, Diane Fielding, and had a son, Michael, from their union. 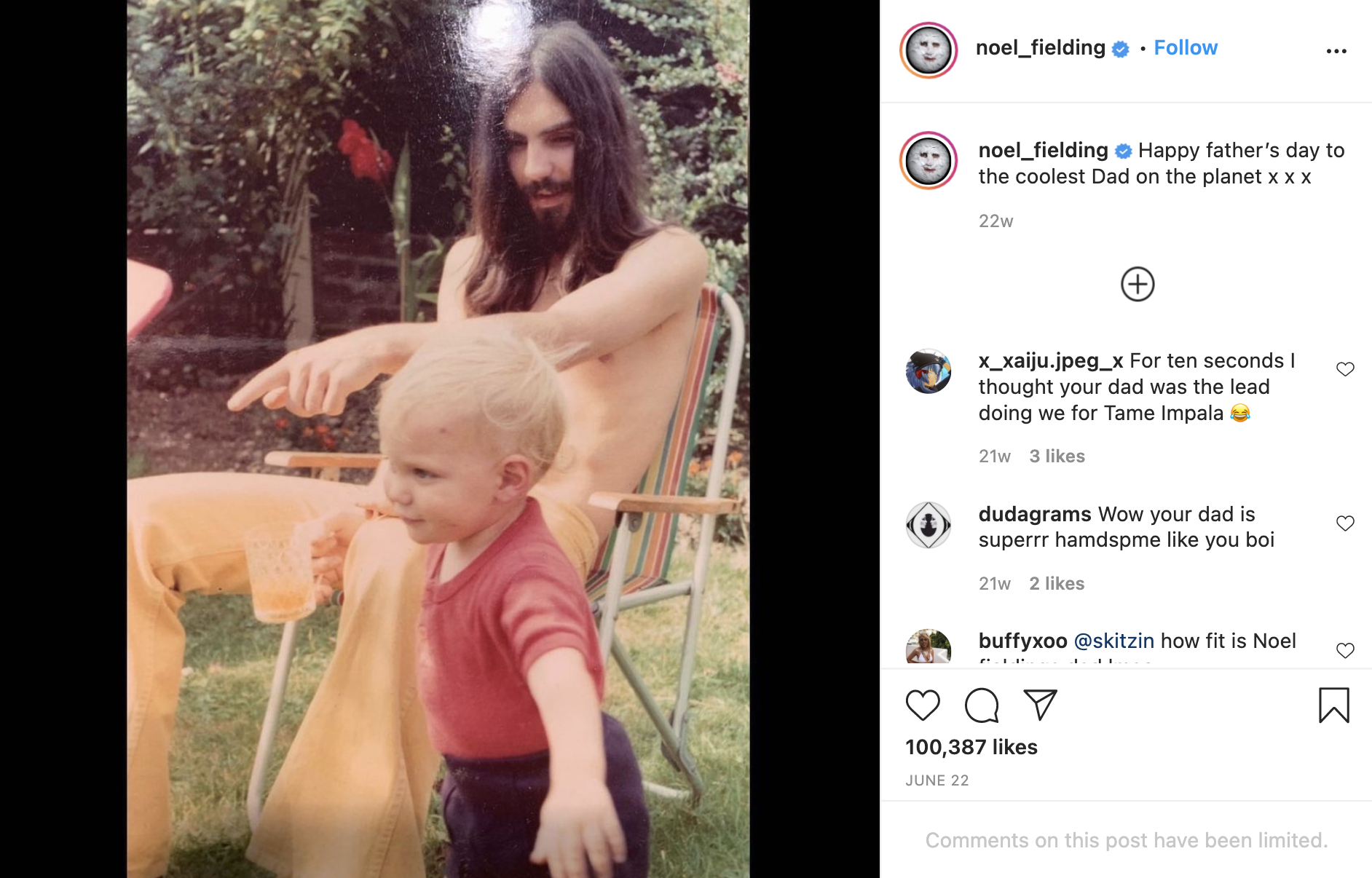 However, individually, his parents remained a significant part of his life for as far back as he can remember. Along with Michael, they appeared in a few episodes of ‘The Mighty Boosh’ and ‘Noel Fielding’s Luxury Comedy.’ The London-born began his professional training to be an artist from the time he was pursuing a Bachelor of Arts in Graphic Design and Advertising at Buckinghamshire Chilterns University College.

Interestingly, Noel Fielding formed an inexplicably special bond with Lliana Bird when he was establishing his career as an actor. As voraciously hardworking and multitalented as her beau, Lliana is a British radio presenter, writer, and actress. The list does not end here as she has also performed in numerous theatre shows and owns a production company Bird & Be. The adorable couple discreetly began dating in 2010, shortly after Noel found success with his comedy troupe ‘The Mighty Boosh.’ 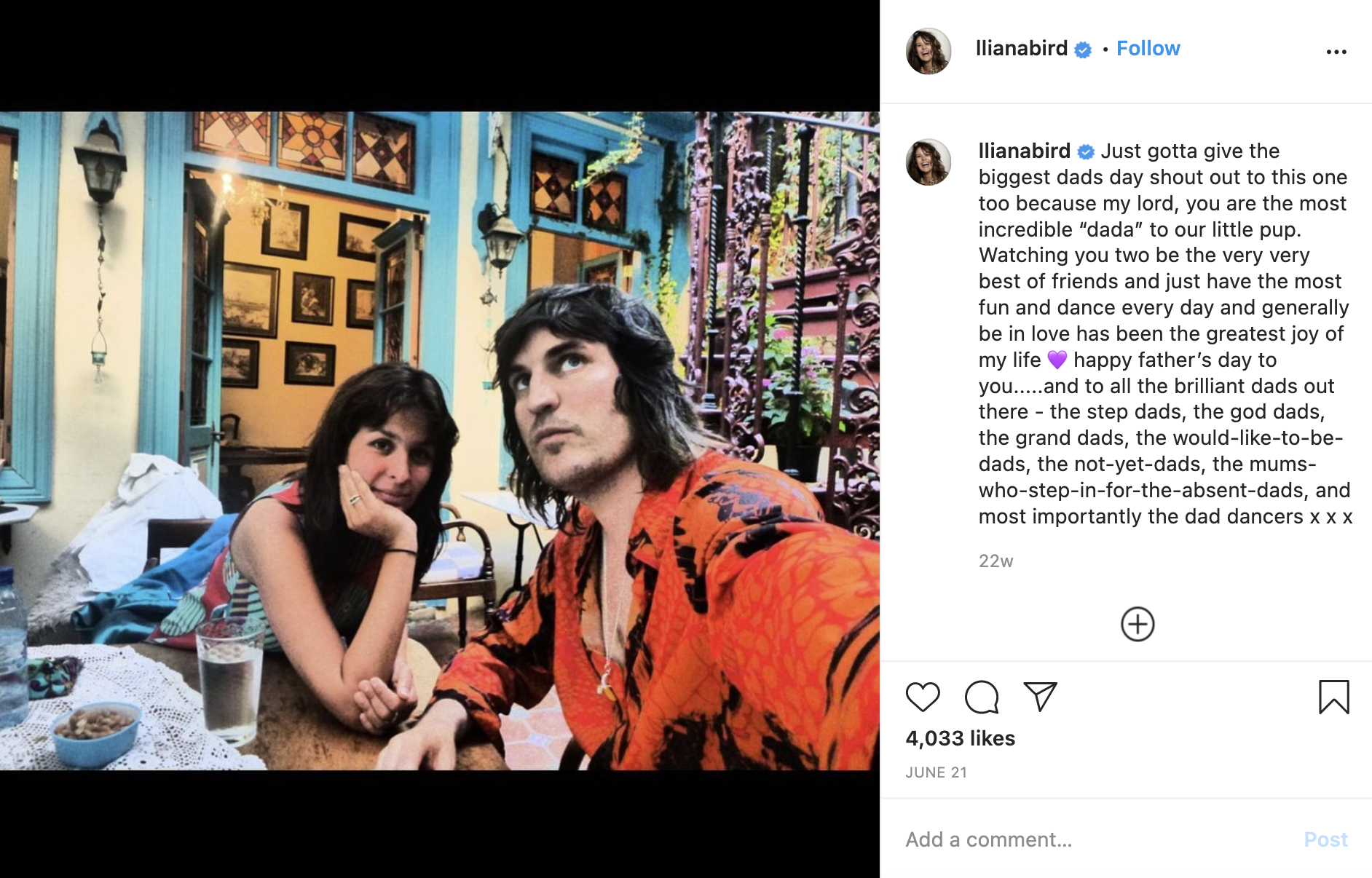 Fielding and his longtime girlfriend welcomed their first daughter, Dali, in April 2018. Those close to the English TV star believe that he named his tiny tot after the surrealist painter, Salvador Dali, his greatest artistic inspiration. In August 2020, Lliana announced the happy news of being pregnant with their second child, and then she became a mother to another lovely baby-girl in October 2020. She revealed their second daughter’s name by posting a photo of a DIY craft of four spiders of “the Bird Fielding family” that she had curated from old microphone covers. 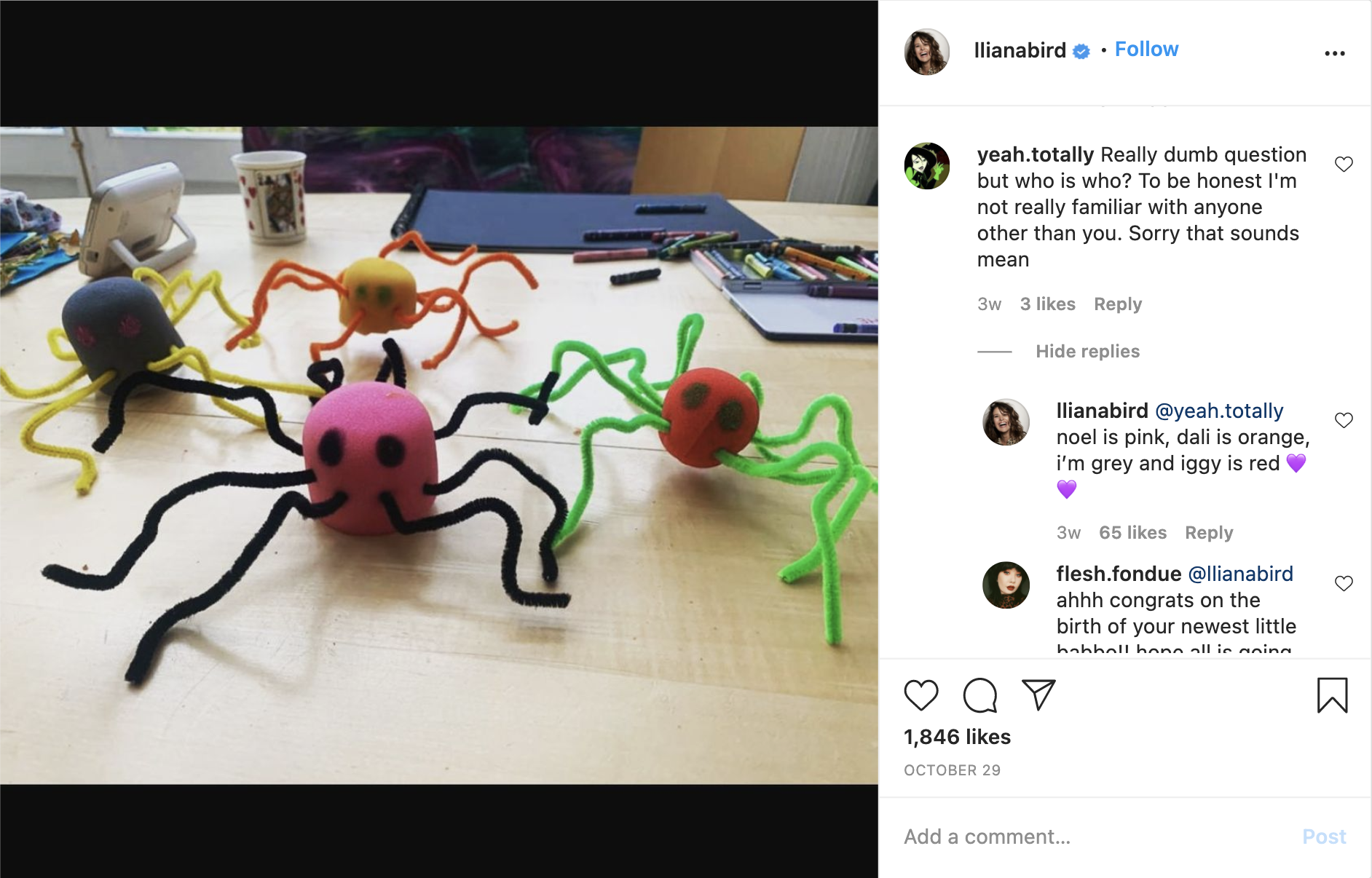 Only in response to one of the commentators did she mention that “Noel is pink, Dali is orange, I’m grey, and Iggy is red.” It is held factually true by most that Fielding and Lliana have remained unmarried and have chosen to relish each other’s companionship in the absence of a “husband-wife” tag. But some feel that given the nature of their low-key relationship, it would not come as a shock if it is revealed that they have already tied the knot in a hush-hush wedding.

Read More: Mak From GBBO: Everything We Know