Is Official Secrets Based on a True Story?

‘Official Secrets’ is a 2019 crime drama based around the actions of a young government employee who stumbles upon explosive state secrets and decides to bring them to public notice. The film follows the whistleblower discovering the memo and, realizing its potentially illegal and devastating nature, deciding to reveal its contents. The subsequent media storm and trial that engulfs her is also depicted.

The film’s story points at high-level government conspiracy and collusion between the intelligence departments of two powerful countries. But how much of the movie is based on real-life? Did a whistleblower actually try to stop a war? Let’s explore whether ‘Official Secrets’ is a true story or not.

Is Official Secrets Based on a True Story?

Yes, ‘Official Secrets’ is based on a true story. The film is based on the 2008 book ‘The Spy Who Tried to Stop a War: Katharine Gun and the Secret Plot to Sanction the Iraq Invasion’ by Marcia and Thomas Mitchell. The book, and the subsequent film, follow the actions of British whistleblower Katharine Gun, who revealed that the British and American governments were in collusion to spy on diplomats of countries that were not fully supportive of the 2003 invasion of Iraq. 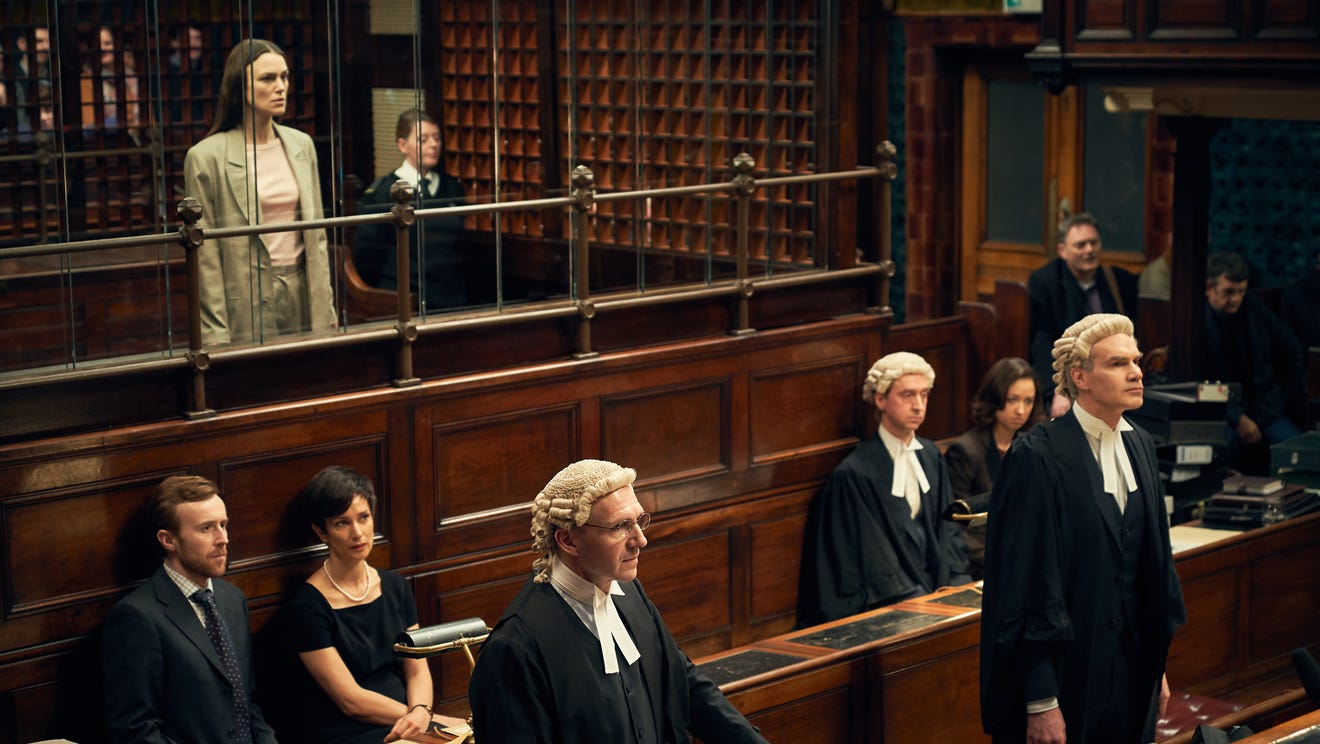 At the time, Gun, 27, was a translator at the Government Communications Headquarters (GCHQ) in Cheltenham. The now-famous memo she came across outlined how the National Security Agency was going to bug the communications of UN Security Council member countries that were about to vote on the proposed invasion of Iraq. Diplomats from Chile, Pakistan, Bulgaria, Guinea, Angola, and Cameroon were reportedly targeted to potentially blackmail them into supporting the invasion.

Despite other cinematic attempts to tell Gun’s incredible story, ‘Official Secrets’ is the first that got made successfully and remains close to the former translator’s account of what happened. Director Gavin Hood, known for his 2015 film ‘Eye in the Sky’ (about the ethical challenges of drone strikes), was also deeply involved in writing the script. When Gun was first approached with the idea, she and Hood spent about five days talking, getting the story and facts straight. Of the finished product, after watching it at the premiere, Gun said she felt she was watching a case that was very similar to her own.

The film’s second half also delves into the tumultuous process of getting the explosive memo printed in the newspaper. After making a copy of it, the whistleblower initially passed on the document to an acquaintance, and it eventually reached journalist Martin Bright of The Observer. He, and some of his colleagues, then had to fight an increasingly uphill battle to get the story printed due to its overbearing potential repercussions and pushback from those that supported the war. Bright was also reportedly involved in the making of the film. Interestingly, Gun had been unaware of Bright’s side of the story until the film came about and said that she hadn’t realized just how far the journalist had gone out on a limb to get the story printed.

‘Official Secrets’ is a film that focuses on getting the intricacies and details of what really happened out to its audience. The film’s director, in an interview, detailed how he had consciously restrained himself from embellishing the movie with elements to make it overly dramatic. According to him, the fact that the film depicts actual events made the narrative intimate in its own way, which had to be preserved.

Gun, too, had expressed relief that the events are now part of a broader discussion due to the film and that she can finally talk about it without stress. Considering the support it has received from its central character and the journalist who helped get the story published, ‘Official Secrets’ is an accurate dive into the events that happened. The subject matter is treated on its own merits, and considering it centers on bringing the truth out, the film, too, remains faithful to the truth.