Is Operation Finale a True Story? 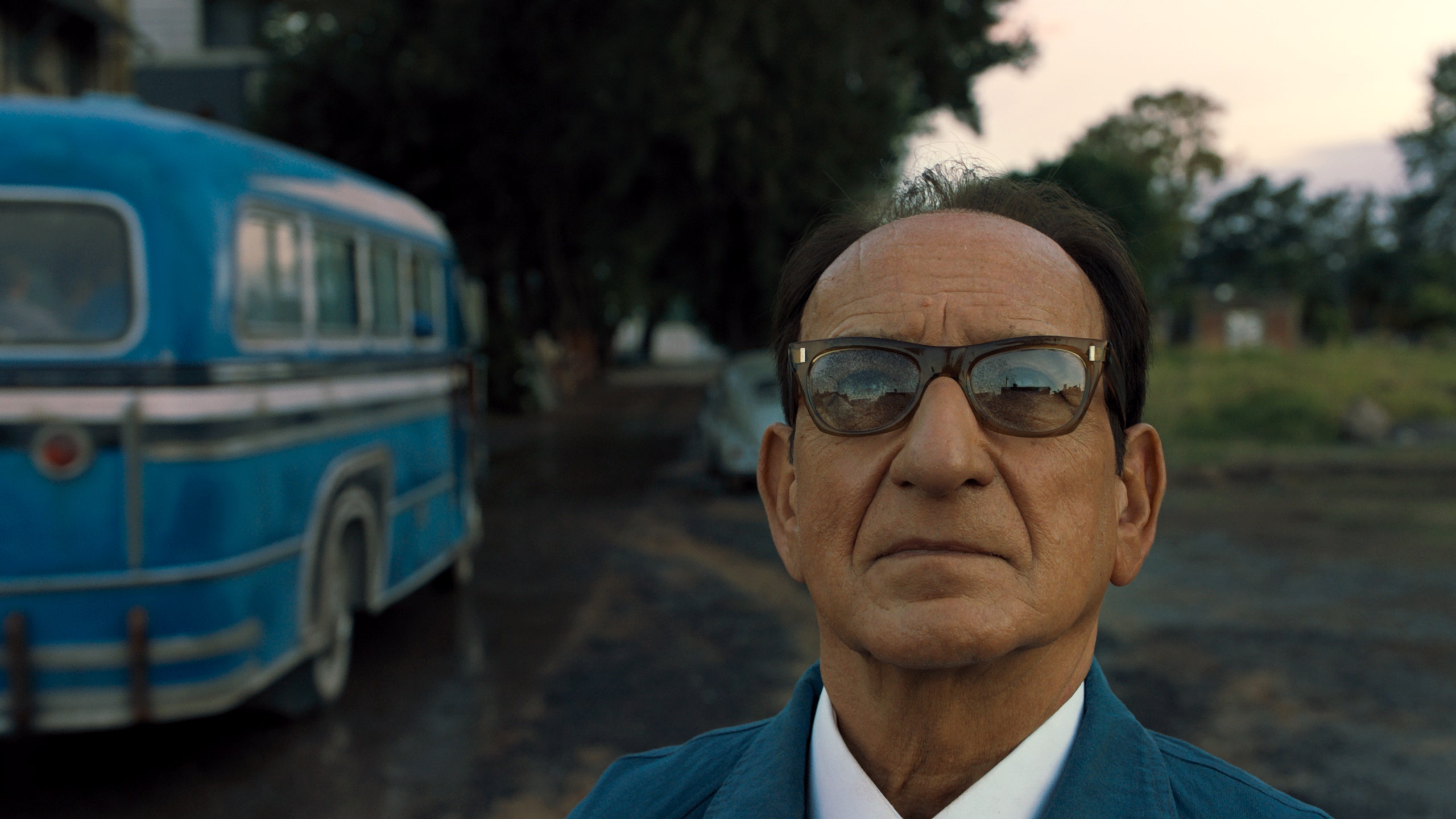 ‘Operation Finale’ is an American period drama film directed by Chris Weitz and features Oscar Isaac, Ben Kingsley, Lior Raz, Mélanie Laurent, Nick Kroll, and Haley Lu Richardson in the lead roles. The film tells the enthralling story of Israeli operative Peter Malkin (Oscar Isaac) and his team’s daring mission to capture and transport the mastermind of the Jewish holocaust, Adolf Eichmann (Ben Kingsley), who escapes in the aftermath of World War II, and is hiding in Buenos Aires, Argentina. The post-World War II setting and many references to the Jewish genocide at the hands of Nazi Germany raises the question: is ‘Operation Finale’ is based on a true story? We’re here to put those doubts to rest.

Is Operation Finale Based on a True Story?

Yes, ‘Operation Finale’ is based on a true story. The film is based on the real-life mission carried out by Israel’s intelligence agency, Mossad. On May 11, 1960, the mission took place after Mossad confirmed their initial suspicion that a man going by the name of Ricardo Klement was the escaped war criminal, Adolf Eichmann. They created an elaborate plan to abduct and transport Eichmann to Israel to face punishment for his crimes after receiving a tip from a blind Holocaust survivor named Lothar Hermann. Eventually, Eichmann was tried and convicted for his crimes in a trial that was one of the first to be televised. 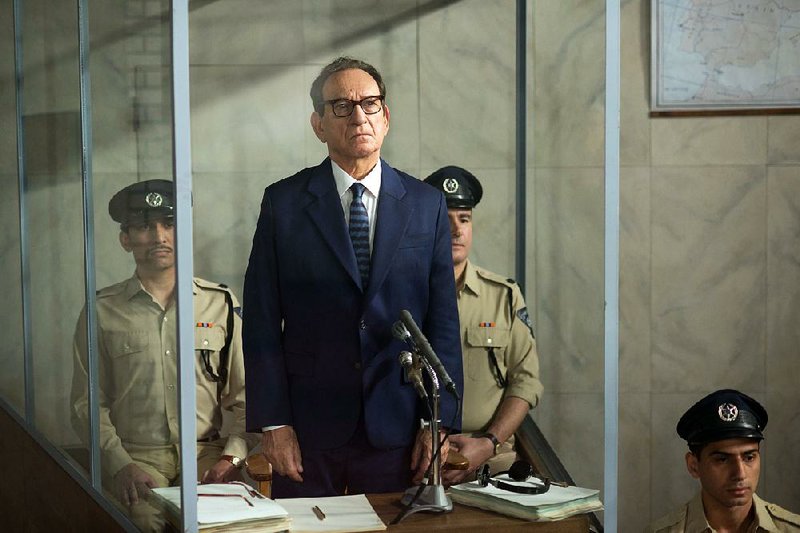 But to understand the entire matter, let us delve into a little history lesson. Adolf Eichmann was a high-ranking Nazi officer and one of the many perpetrators of the Holocaust, which saw nearly 6 million Jewish people being killed. In a conference of Nazi high officials, held in January 1942 in Berlin, as part of the “Final Solution” (the code name for Jewish genocide), Eichmann was conferred with the responsibility of identifying, assembling, and transporting Jews to Nazi extermination camps mostly in Auschwitz and Nazi-occupied Poland. Unfortunately, he was extremely effective at his job and had transported nearly 5 million Jews to extermination camps.

He came up with “innovative solutions” to facilitate transportation primarily because of the limited resources at his disposal. Although not many people knew the code “Final Solution” related to the mass murder of Jews, Eichmann played a vital role in the execution of this plan. In a notable deviation from reality, the film features a scene where Eichmann confesses to having witnessed the deaths of 5,000 Jews; in fact, Eichmann never admitted guilt and always insisted (including at his trial) that he was merely a bureaucrat performing his assigned duties.

The trial of Adolf Eichmann was a highly controversial affair. It is important to note that Eichmann was captured in the aftermath of World War II by U.S. forces and escaped before the infamous Nuremberg trials that concluded in 1946. It is pertinent to note that after the Allied forces won the war, prominent political, military, judicial, and economic leaders were prosecuted under the international law and laws of war at the trials. However, Eichmann fled to Argentina instead, only to be captured by the Mossad at a later date.

The laws and trials served as a model for Eichmann’s trial in 1961. But many diplomats and Nazi sympathizers were against Eichmann being tried in Israel. They questioned the legality of the kidnapping of a man who would stand trial in a country he did not commit the crimes and the lack of supervision by an international body of justice. Israel, however, countered that his status as a war criminal enabled them to try him in court.

Despite the controversy, Eichmann’s day in court finally came. Many testimonies contradicted his stance and sighted him as a decision-maker in the events of the Holocaust. Eventually, he was found guilty of 15 counts of war crimes against Jewish people and humanity. At the trial, a judge said that they were not obligated to impose the death penalty on the Nazi officer by Israeli law. However, the judge added, “We are not required, we may impose it, and we chose to do so because you are deserving of the death sentence.” Consequently, on May 31, 1962, Eichmann was hanged at Ayalon Prison in Ramla (near Tel Aviv); it remains Israel’s only civil judicial execution.

‘Operation Finale’ sheds light on this important facet of history through its narrative. But who were the people who were responsible for it? Mossad officer, Peter Malkin, was a key figure in the capture of Eichmann, and his memoir, ‘Eichmann in My Hands,’ serves as one of the several sources of inspiration for the film.

He was accompanied by Rafael “Rafi” Eitan, Zvi Aharoni, Dr. Yonah Elian, and a few other agents. Mossad Director, Isser Harel, oversaw the operation. The film includes characters of the same names based on Malkin, Eitan, Aharoni, and Harel, except Dr. Elian, who is gender-swapped in the film and changed to Dr. Hanna Elian. This is a good segue to talk about the cinematic liberties taken by the filmmakers. 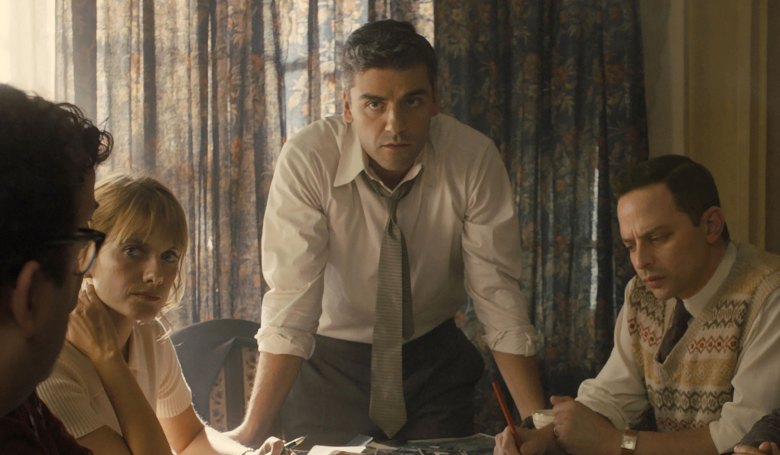 ‘Operation Finale’ dramatizes the real events leading up to, during, and after the mission. A significant change was made to the story to make the film more thrilling. In the movie, the Israeli officers have to leave two of their members behind at the safehouse and takeoff without Malkin to escape from the police. In reality, there were no close calls with the police during the transportation of Eichmann, neither at the safehouse nor at the airport.

Having said that, the film is largely accurate and cleverly distances itself from the political side of the story. It focuses on the heroism of the people involved in bringing Eichmann to justice. This is a sentiment that was best explained by the director, Chris Weitz, who spoke about his personal connection to the film. He said, “I’ve long wanted to explore this time period because of my family’s history. My father, John, was a German-Jewish refugee who left home as a child in 1933, moved to England, and eventually emigrated to the United States.”

Talking about his father, Weitz continued, “He joined the Army and worked for the OSS, the precursor to the CIA. His specialty was counterintelligence. I was his copyreader and helped organize his library, so I grew up with these historical lives bouncing around in my head quite a lot. My dad passed in 2003. In a way, directing ‘Operation Finale’ allowed us to reconnect.” Evidently, the film meticulously merges the truth with some cinematic liberties to highlight one of the most infamous operations in history.