Is Palmer a True Story? 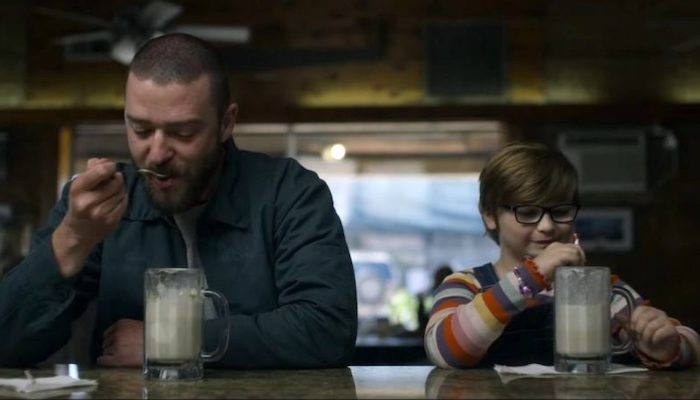 Directed by Fisher Stevens’ (‘Stand Up Guys’), ‘Palmer’ is a film about second chances, love, overcoming personal prejudices, and fatherhood. In the beginning, the film showcases that the eponymous character (Justin Timberlake) used to be a star football player at his school and acquired the opportunity to attend a prestigious college on a football scholarship. But one severe injury ended his sporting life for good and brought him back home. Palmer’s life spiraled out of control after that. He started taking drugs, and after assaulting an older man, was incarcerated for several years.

The story begins with Palmer returning to his home after being paroled. His grandmother happily welcomes him back, and he gets a job as a janitor at a local school. His grandmother looks after her neighbor’s boy, Sam (Ryder Allen), whenever Shelly (Juno Temple) is out of town. This time, however, while Shelly is still missing, Palmer’s grandmother dies. This effectively puts all the responsibilities of the boy on Palmer. After initial hesitation, he embraces the role. If the film’s candid approach to deal with various facets of modern life has made you wonder if it is based on real-life events, here is what we know about it.

Is Palmer Based on a True Story?

No, ‘Palmer’ is not based on a true story. Stevens developed the film from a script by screenwriter Cheryl Guerriero. The script had been making rounds since 2016 when it was featured on The Black List. While the particular story the film depicts is not real, ‘Palmer’ nonetheless deals with issues that are quite prevalent. Although he is growing up in the Deep South, Sam is fearless about expressing himself. Despite the constant ridicule and mocking, he never considers the prospect of being someone other than who he truly is.

As a film, ‘Palmer’ offers strong commentaries on various forms of prejudices. Being a former convict, the eponymous character – Palmer – discovers that it’s near impossible to get a job and find one’s way back to normalcy. According to multiple reports, the largest population of convicted criminals in the world resides in the US. After their release, they find it near impossible to assimilate back into society as often no one is willing to hire them, and sometimes it leads these men and women back to the world of crime. Fortunately for Palmer, he is able to keep his job as a janitor and even earns his supervisor’s trust.

Despite all her shortcomings as a mother, Shelly creates an environment for her son where he doesn’t need to be afraid to say that he likes to play with dolls or dress up as a princess on Halloween. After Palmer becomes part of Sam’s life, he strives to maintain that fearlessness in the boy. The film bears considerable similarities with projects like ‘Love, Simon’ (2018), ‘Breakfast With Scot’ (2007), and ‘The Fosters’ (2013–2018), especially in how intelligently it approaches its LGBTQ+ themes.

Read More: Where Was Palmer Filmed?