Where Was Palmer Filmed?

‘Palmer’ is a drama film that revolves around its titular protagonist (Justin Timberlake), who has to face the reality of life outside of prison when he is released after twelve long years of imprisonment. The bigger challenge for him then is to restore his lost identity and find a job. But a long time has passed, and the people in Palmer’s hometown have forgotten about his former days of glory as a football star during high school.

Therefore, he is seen as an ex-convict, a blemish in the town’s high moral ground. Palmer is shunned by everybody, including his friends and family, except for his grandmother Vivian (June Squibb), who takes him in. The movie is haunted by a tone of melancholy, as Palmer’s story unfurls in places, hugged by an occasional cover of trees and the openness of country lands. Here’s what we discovered about its filming locations.

Palmer started filming in November 2019 and wrapped up on December 17, 2019. The movie was shot in various locations in Louisiana. Let’s move on to more details.

Nicknamed the Big Easy, New Orleans is a stellar location for recreation and entertainment owing to its round-the-clock nightlife. Situated on the Mississippi River, its scenic appeal draws in producers and filmmakers to house their productions. The production team of ‘Palmer’ settled in New Orleans From November 9, 2019, to December 13, 2019. Writer Cheryl Guerriero and director Fisher Stevens took out some time to pose for a picture during filming that was posted by Cheryl. 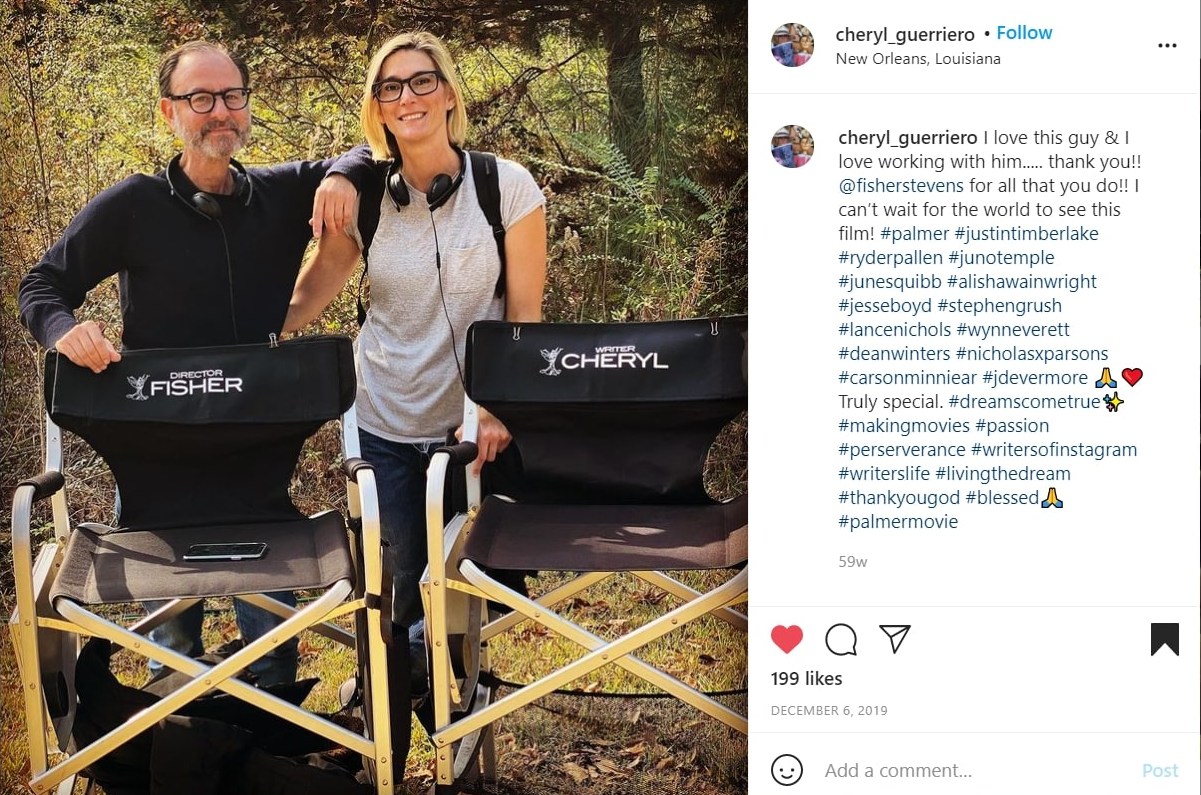 Affectionately known as America’s Antique City, Ponchatoula is no less than a treasure chest brimming with coveted items contained in antique shops spread out all over the city. The city is known for its art and chill environment that caters to vacationers and tourists. Palmer was also filmed in this city, as it provided a wholesome backdrop to the story.

The cast and crew also moved to Lacombe, a census-designated area situated at St Tammany Parish. The site is engulfed by nature, which rendered it a suitable filming spot for ‘Palmer.’ A picture from their studio set up in the area was shared by a crew member Dustin Fleetwood. 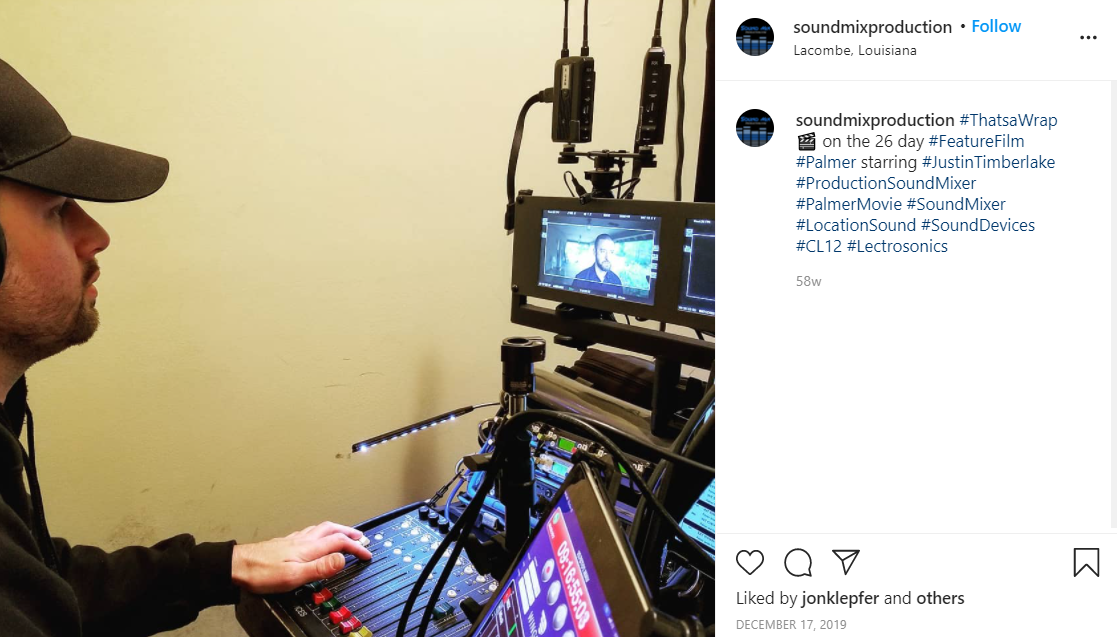 Situated northwest of New Orleans, Hammond is the commercial hub for the Tangipahoa Parish. Filming took place in a store called Benny’s Place situated at 204 West Thomas Street. The shop was closed down on November 18 and 19, 2019, to let the production run smoothly. The shop’s front was layered with a protective covering, which was sad for the crowd as they apparently just wanted a glimpse of Justin Timberlake. The production unit made the most of a 25-day shoot and small budget, as stated by Fisher. 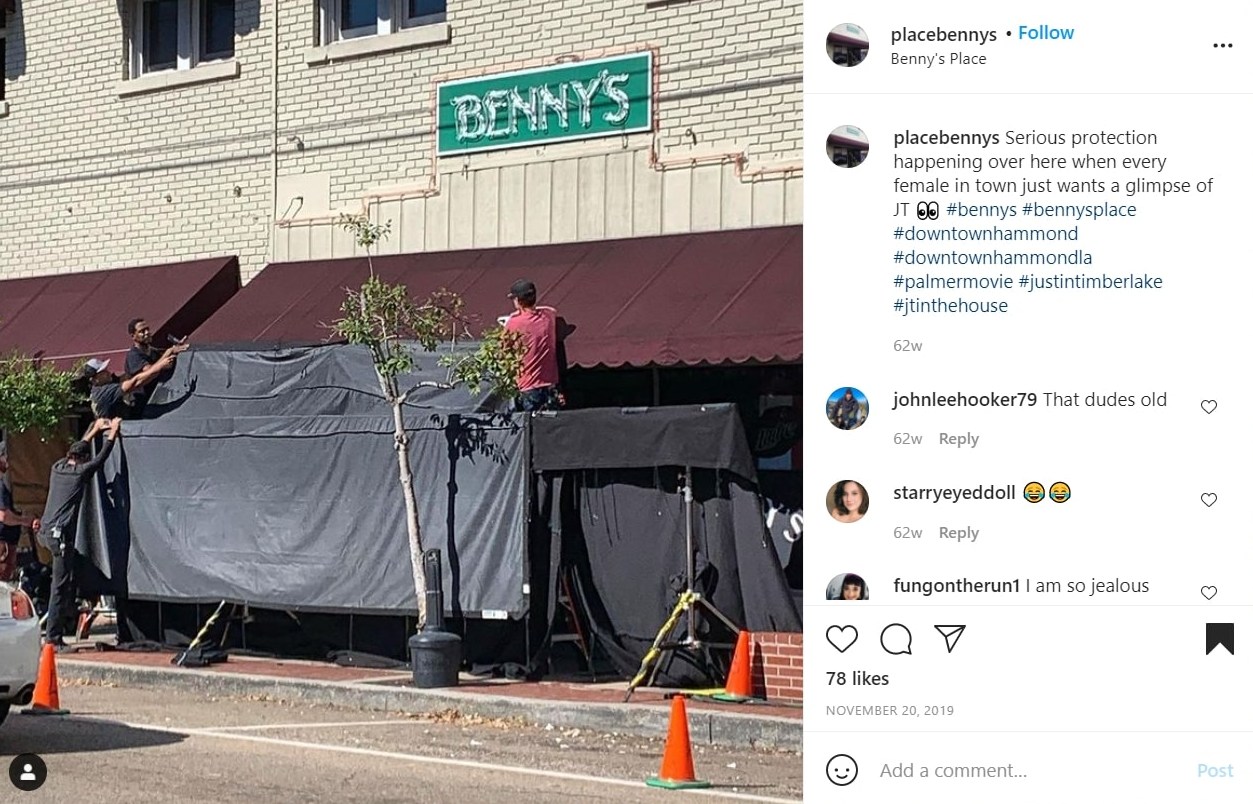