Is Pinhead a Trans Woman in the New Hellraiser?

A reboot of the eponymous 1987 film by Clive Barker, Hulu’s horror film ‘Hellraiser’ follows Riley McKendry, a drug addict who happens to lay her hands on a murderous puzzle box. Whenever she completes a level of the puzzle, the box ends up killing a person, including her brother Matt McKendry. As she attempts to make sense of the predicament, a Cenobite named Pinhead AKA The Priest appears before her to instruct her on the puzzle. In the previous ten ‘Hellraiser’ films, Pinhead is identified as a male. However, in the David Bruckner directorial, Pinhead appears in a very distinct way, making the viewers wonder whether the Cenobite is a trans woman. Let us share the answer! SPOILERS AHEAD.

Is Pinhead a Trans Woman?

From the 1987 Clive Barker directorial that marked the beginning of the ‘Hellraiser’ franchise to its tenth film ‘Hellraiser: Judgment,’ Pinhead is identified as a male. However, in Hulu’s 2022 reboot, Pinhead is a woman. Director David Bruckner had no second thoughts about changing the gender of one of the most iconic and famed horror characters. “We were never afraid of it. We always knew that [a female Pinhead] made sense given the history of the franchise and the kinds of fans that have embraced it,” Bruckner told THR. 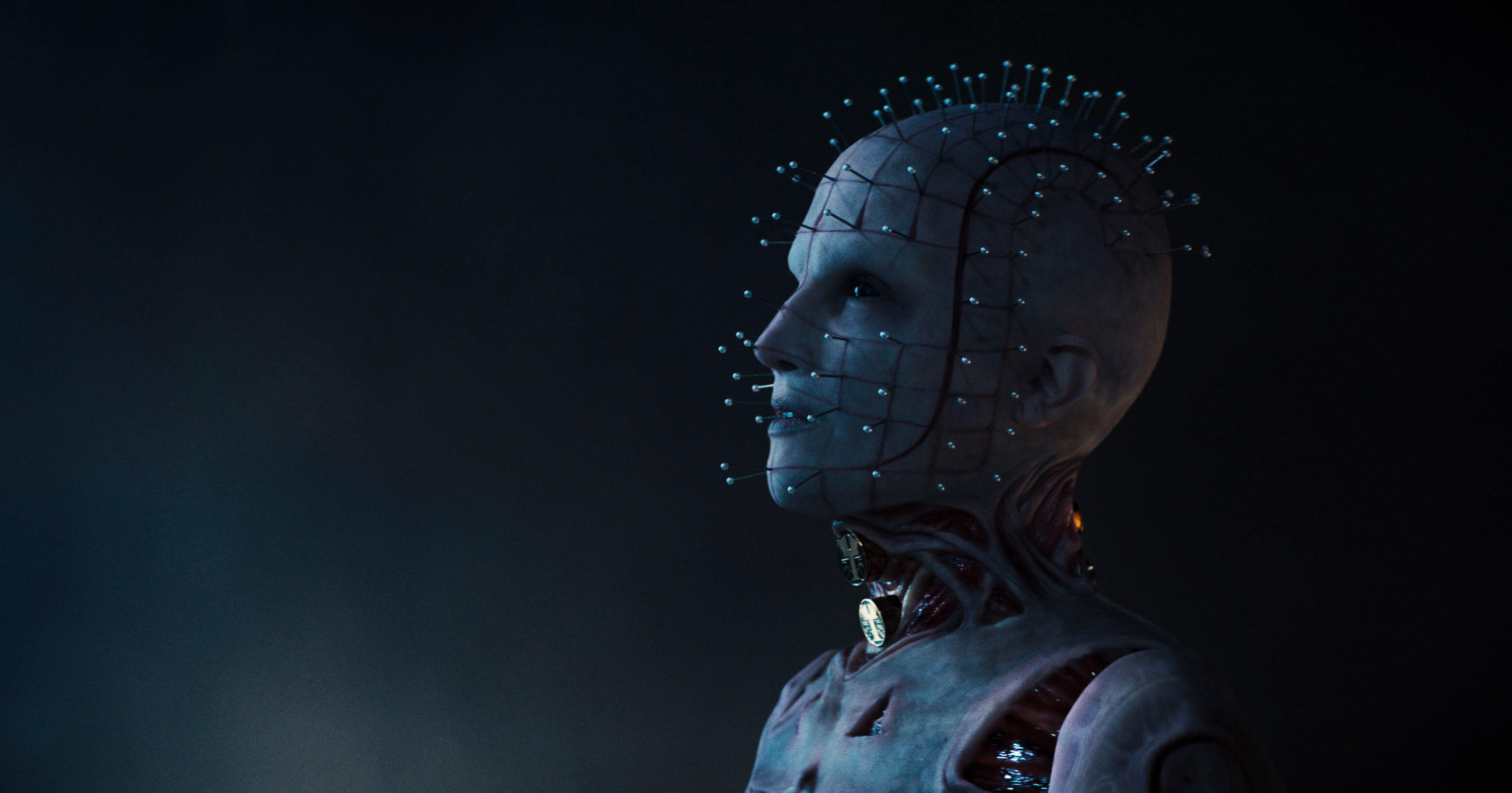 Although a section of the ‘Hellraiser’ fans was not ready to accept the gender-changed Pinhead, Bruckner had enough reasons to present the antagonist as a woman. “There had been a lot of precedent in the franchise. [Clive Barker’s] original book that it’s based on, The Hellbound Heart, was suggestive of a female Pinhead, and the comic books also explored the idea,” the director added. As Bruckner indicated, Cenobites are gender-less and neutral beings in ‘The Hellbound Heart,’ which gives enough authority for the director to re-imagine the character.

Jamie Clayton, a trans woman actress, plays Pinhead in Bruckner’s reboot of the horror classic. “We felt a kind of anticipation around the fans to reimagine the character. We knew we wanted Pinhead to be a woman. Jamie was just the right person for the role. A person’s identity can be really exciting for a role in many ways, but I have to emphasize that Jamie absolutely killed; that’s how we got there,” the director told EW about the decision to cast Jamie as Pinhead.

The biggest challenge Bruckner had to confront while rebooting Barker’s film possibly was offering a Pinhead that wouldn’t be devalued in comparison with Doug Bradley’s iconic portrayal of the character. Casting a trans woman to play the character not only limited the scope for comparison but also gave the director a foundation to reimagine the entire film without attempting to imitate Barker’s version. “[…] we knew that we couldn’t mimic or give an impression of Doug’s performance. We had to find an actor that could really imbue it with their own internal design, and from the beginning, Jamie came out with something that was much more sensual,” the director said in the same THR interview.

Although several viewers have expressed their dissatisfaction concerning the female Pinhead, Clive Barker, the mastermind behind the character and the original 1987 film, had already approved Jamie Clayton’s version of the antagonist. “Jamie looks like the Queen of hell… she has totally reinvented it. I have to go write a new story about it,” Barker said at the 2022 edition of Beyond Fest.