Is Pixie Based on a True Story?

‘Pixie’ is a crime comedy caper set in Ireland that is written and directed by Preston Thompson and his father, Barnaby Thompson, respectively. The film follows Pixie (Olivia Cooke) as she plans a heist to avenge her mother’s death. Soon enough, things go awry and she finds herself on the run from gangsters and gun-toting priests in the Irish countryside. She is joined by Frank (Ben Hardy) and Harland (Daryl McCormack), and the three set off in a stolen car with a large bag of drugs, which they plan to sell, and a dead body in the trunk.

As the trio forge ahead, trying to escape their pursuers, they face one violent hurdle after another. Not to be outdone, the protagonist and film’s namesake, Pixie, does an equal amount of damage to those around, making their adventure all the more dizzying. If you are wondering whether this chaotic tale is inspired by a true story or not, we might be able to help!

Is Pixie Based on a True Story?

No, ‘Pixie’ is not based on a true story. The script was written by Preston after he and his father went on a road trip to Sligo in western Ireland. Preston was so inspired by the landscape that he decided to use it as a setting for a movie. This was the first concrete inspiration that directly resulted in the making of ‘Pixie’. The writer has stated in interviews that he always wanted to make a gangster movie, but not the kind that is set in London as he did not like “how London gangsters sounded.” In Ireland, he saw the perfect backdrop to execute a gangster movie. He also made the lead character a female to step away from the usual male-centered crime movies. 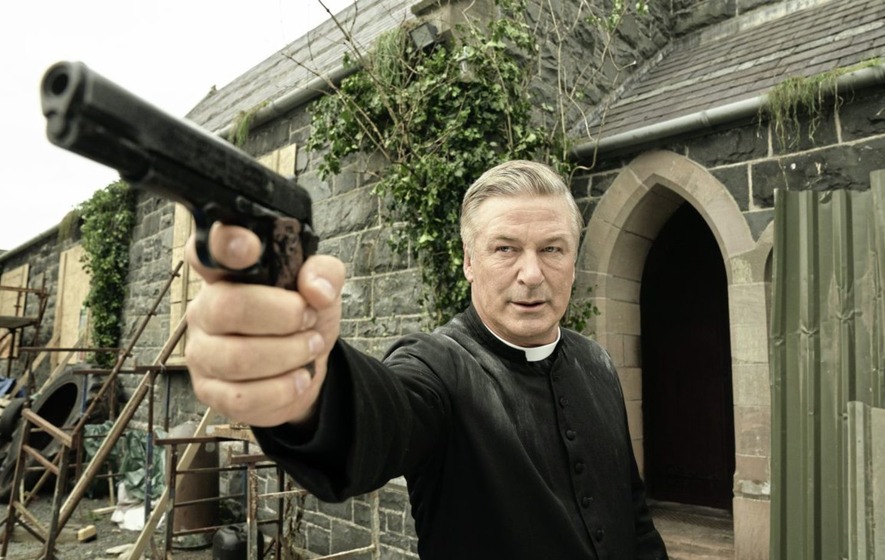 Director Barnaby Thompson, upon reading the script, realized that the film’s premise and lead characters reminded him of the western classic ‘Butch Cassidy and the Sundance Kid’ (1969), which happened to be his favorite movie. Specifically, the old western also follows the story of a girl accompanied by two boys being pursued across a wild landscape. This is initially what made him want to direct the script. The violent showdowns and “wild west” feel that add much of the movie’s punches are thus a direct influence of the writer’s and director’s admiration for spaghetti westerns.

According to Preston, two other movies that heavily inspired the making of ‘Pixie’ were ‘Something Wild’ (1986), directed by Jonathan Demme, and ‘Y tu mamá también’ (2001), directed by Alfonso Cuarón. Both movies are comedic capers that blend multiple genres and are, most importantly, “road movies” wherein the lead characters have life-altering experiences whilst on the road. The dynamic between Melanie Griffith’s and Jeff Daniels’ characters in ‘Something Wild’ also influenced the portrayal of Pixie (Cooke) and her two male companions.

Finally, we must address the elephant (or priest?) in the room. Where did those morally questionable, gun-toting priests and nuns come from? It might be some relief to know that they were not inspired by a true story either. Preston attributed this to ‘Father Ted,’ a British sitcom set on a fictional island near the west coast of Ireland. The show follows the misadventures of three priests that are banished to the island as punishment for past impropriety.

Preston admitted to being a huge fan of the sitcom, which is understandable considering the show was voted the second greatest British sitcom after ‘Fawlty Towers’ by a panel of comedy experts. Far from being based on a true story, ‘Pixie’ is a delightful and intricate puzzle that Preston and Barnaby Thompson have pieced together to pay homage to their favorite pieces of cinema and television. The result is a surprisingly coherent comedic romp that is also a visual treat thanks to its spectacular filming location.