Is Robert Davis the Father of Dalia Dippolito’s Son? 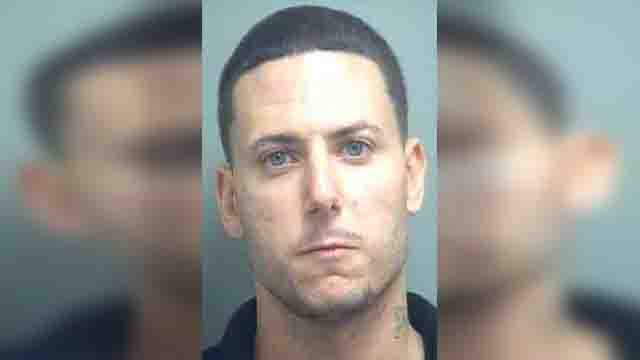 ABC 20/20 episode “Down payment on death” sheds light on the case of Dalia Dippolito, which was quite a scandal at the time. Dalia, a former escort, married Michael Dippolito, after which she tried to hire a hitman to kill him. However, one of Dalia’s exes had informed the police about her plans to get her husband murdered. Thus, the Boynton police officers conducted a sting operation in which Dippolito was caught on camera, saying she was sure about wanting her husband killed for a sum of $ 7000.

After another staged police stunt, she was arrested. The case saw various discoveries along the way, some of which included her previous attempts at killing Michael by trying to poison him with antifreeze in his tea. The combined testimonies of her former lovers and Michael revealed that she had charted out different kinds of plans to ensure that Michael was out of her life for good so she could access his money.

Another turn about was when Michael came forward to confess that she had tried to plant drugs in his car so that he would get arrested and sent to prison. Though the court attempted to keep such details out of the hearing, it did make its way through. Several years after the crime, she was sentenced to 16 years in prison as per the verdict passed in 2017. At present, she continues to serve her sentence in the Lowell Correctional Facility. She later appealed for a retrial, which was turned down by the court.

Though she appeared in an interview with ABC’s ’20/20,’ it did nothing to shed her in a different light. Since the public was made aware of the case, most of them have been quite convinced of her guilt. In 2016, many were shocked to know that she had given birth to a child. Some alleged that it was part of a publicity stunt. But the personal details of her pregnancy were kept under the wraps. However, certain details of it were forced to be made public during her trial.

Who is Robert Davis? Is He the Father of Dalia Dippolito’s son?

Yes, Robert William Davis is the father of Dalia Dippolito’s son. Though the court hearing did not reveal her son’s name, her mother was bound to disclose information about Davis. This was after an alleged phone call he placed to Dippolito about an inmate breaking out of jail with a drone. The details of the conversation included sending wire cutters into prison with the aid of a drone, which could then be used to escape jail.

Robert Davis has a criminal background. He was convicted with cases of aggravated battery and robbery, along with possession of cocaine. This is in addition to charges such as grand theft and fleeing the local police.

Dalia’s mother also stated that Davis had been living with them one year prior to the trial. After the alleged conversation, Dalia was deemed to be a flight risk, which was then contested in court. In the aftermath of this, Dalia’s attorney, Andrew Greenlee, said: “I think it is preposterous to suggest that when she’s out on house arrest for eight years, and she has had every opportunity to flee the jurisdiction of the court. That she would, uh, now attempt to flee prison by means of a drone…”

Where is Dalia Dippolito’s son now?

Dalia gave birth to her son in 2016. Many details concerning how the two (Dippolito and Davis) met or came together have not been revealed. In addition to this, the name and details regarding her son have not been disclosed as well. However, in the updated segment of the case by ABC’s 20/20, Dippolito’s attorney Claypool said that Dalia sees her son on a regular basis. Her mother and sister now take care of her son. (Feature Image Credit: wpbf.com)