Is Rogue Agent on Netflix, HBO Max, Hulu, or Prime? 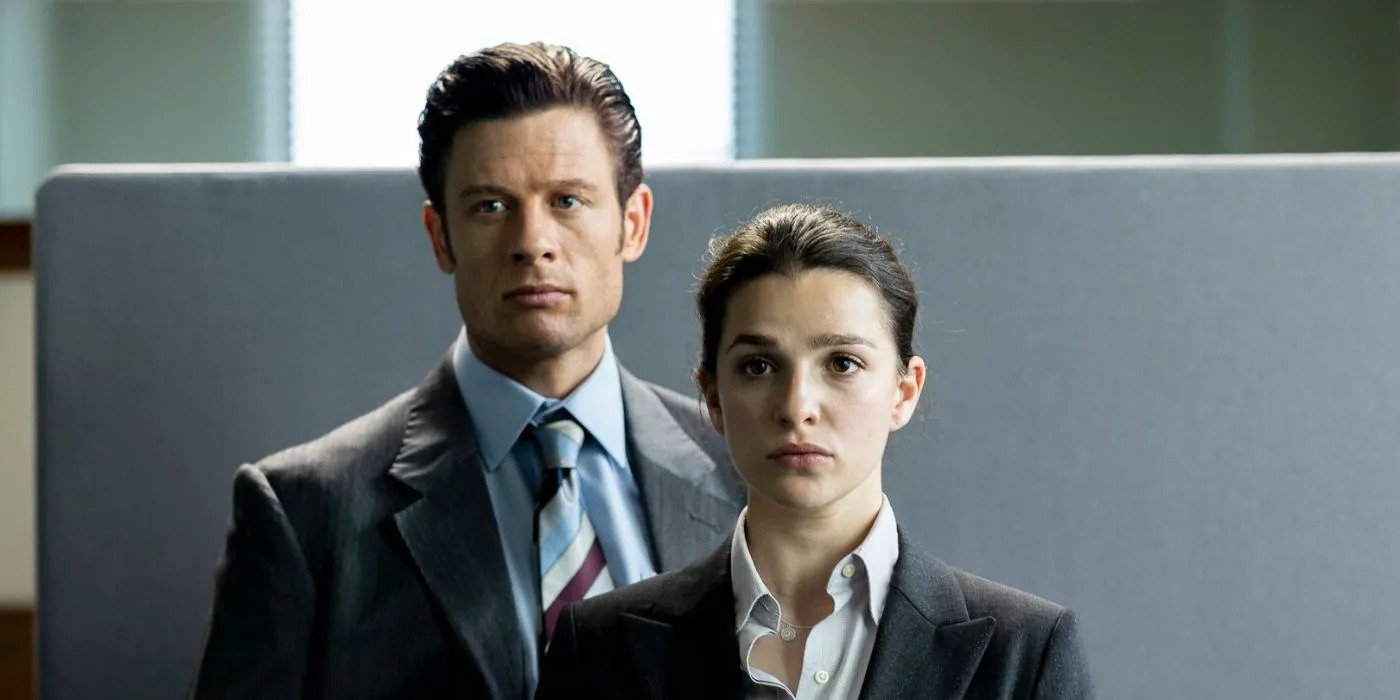 Based on the article titled ‘Chasing Agent Freegard’ by Michael Bronner, ‘Rogue Agent’ is a British thriller drama movie that chronicles the tale of a conman who fakes his identity and convinces people that he is an MI5 agent. Directed by the duo of Adam Patterson and Declan Lawn, the thriller features stellar performances from an amazing ensemble cast, comprising James Norton, Gemma Arterton, Marisa Abela, Sarah Goldberg, and Shazad Latif. If the premise intrigues you in any way, you must want to know more about the film, including where you can catch it. Well, you are in luck because we have all the details you are looking for!

What is Rogue Agent About?

Based on an extraordinary true story, the narrative follows a career conman named Robert Hendy-Freegard who tricks people into believing that he is an MI5 agent. With his deceit and charm, he fools several people to go underground for a while by instilling fear of the IRA into them. Soon, the woman who falls for him does everything in her power to bring him down and provide justice for all his victims. In case you wish to find out how the woman succeeds in her mission, you will need to watch the thriller movie yourself; and here are all the ways you can do so!

Is Rogue Agent on Netflix?

Although Netflix doesn’t house ‘Rogue Agent’ in its expansive collection of movies and TV shows, you have plenty of other options on the streaming giant if you wish to watch something along the same line. You might enjoy watching ‘Lost Girls‘ and ‘The Weekend Getaway.’

Is Rogue Agent on Hulu?

Hulu subscribers will need to look for ‘Rogue Agent’ on other platforms as the thriller film is unavailable for streaming on this steamer. But don’t let it stop you from catching other alternatives that Hulu houses, such as ‘The Two Faces of January‘ and ‘Untraceable.’

Is Rogue Agent on Amazon Prime?

Although ‘Rogue Agent’ is not one of the movies that Amazon Prime Video has in its regular catalog, you can get access to the movie by including the AMC+ add-on to your current plan. You can get more details about the same by heading here. However, there are several similar movies that you might enjoy, such as ‘All the Old Knives.’

Is Rogue Agent on HBO Max?

HBO Max subscribers are likely to be disappointed as ‘Rogue Agent’ is not a part of the streamer’s library of content. However, you can make the most of your subscription by turning to other alternatives that HBO Max houses. We recommend you watch ‘Kajillionaire‘ and ‘Six Degrees of Separation.’ Although both involve several comedic elements, they have the common theme of con artists faking their identities to get by.

Where to Watch Rogue Agent Online?

There are several ways you can watch ‘Rogue Agent’ online. You have the option to purchase the British movie on Vudu, Spectrum on Demand, iTunes, Google Play, and YouTube. Moreover, the film has been released in theatres as well. So, if you prefer to watch the truth about the conman unfold on the big screens, you can check out show timings and book tickets on Fandango.

How to Stream Rogue Agent For Free?

Since the thriller drama is only available for purchase at the moment, as mentioned above, there is currently no way for you to stream ‘Rogue Agent’ for free. All you can do is hope that it arrives on any of the digital platforms offering a free trial to their new users. In the meanwhile, we recommend all our readers refrain from turning to illegal means to watch their favorite movies and TV shows, and instead pay for the relevant subscriptions to do the same.