Is Runaway Bride Based on a True Story? 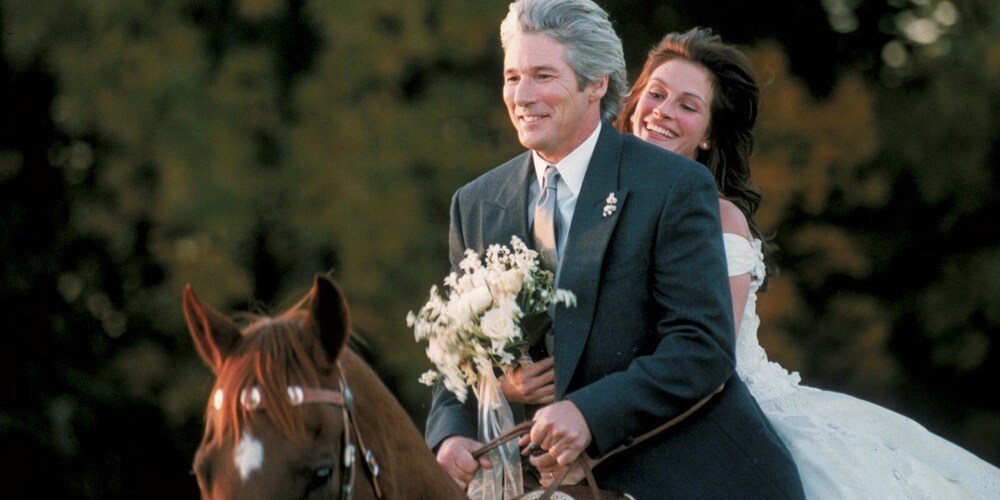 Richard Gere and Julia Roberts bring the magic of their sizzling chemistry in the 1999 romantic comedy ‘Runaway Bride.’ The film centers on Maggie, a woman who keeps leaving men at the altar after getting cold feet every time she’s about to walk down the aisle. A New York reporter, Homer “Ike” Graham, finds out about Maggie and publishes a scathing story on her unfortunate habit of leaving a trail of broken-hearted former fiancés behind her.

Ike gets fired because the story is factually incorrect, and he neglected to verify the authenticity of his source. Ike then decides to write an in-depth piece on Maggie and travels to her hometown for research. Maggie is about to get married for the fourth time to a new guy, and Ike is sure that she will run away again. But as they spend more time together, Ike realizes that he’s falling for the runaway bride. Wondering if the story of ‘Runaway Bride’ is based on a real incident? Let’s find out

Is Runaway Bride Based on a True Story?

No, ‘Runaway Bride’ is not based on any true story. Developed from a script by Josann McGibbon and Sara Parriott, the film is purely a work of fiction. Even Maggie’s hometown Hale is a fictitious place. The makers of the movie have never claimed any inspiration from a real-life person. Having said that, it is also true that the film sheds light on some relationship issues that are ever-present in reality.

In ‘Runaway Bride,’ Ike realizes that Maggie changes her personality and tastes to reflect those of the man she’s currently dating. This is best depicted in her choice of breakfast eggs, which keeps changing with her fiancés. Maggie’s problem is that she doesn’t know what she likes herself and pretends to like things that the men in her life like or act the way that she believes would be acceptable to her current beau.

The ridiculing she suffers at the hands of her family and friends certainly adds pressure to get married to the next available guy. However, the imminent prospect of getting married is enough to jolt anyone back to their senses. It’s not unheard of that a bride (or groom) ran away from a wedding, getting cold feet at the last minute. Some people pull all kinds of dramatic stunts to get out of marrying someone, like the 2005 case of a Georgia woman who really came to be known as the “runaway bride.”

In April 2005, Jennifer Wilbanks was to marry her then-fiancée, John Mason, in a lavish event with 600 guests and 28 bridesmaids. Just a few days before the wedding, Jennifer ran away, and a nationwide manhunt was launched because her family believed that she had disappeared under mysterious circumstances. She emerged 3 days later, claiming that she had been kidnapped and raped by a couple consisting of a Latino man and a Caucasian woman.

In the end, it all turned out to be lies that she had spun to get out of marrying Mason. You can read more about the details of her case here! So while the events and characters in ‘Runaway Bride’ may not be based on a real-life incident, the story of people who aren’t ready to get married entering into hasty engagements and then getting cold feet is one that’s an age-old reality.