Is Sam Heughan Dating Anyone? Does He Have a Girlfriend? 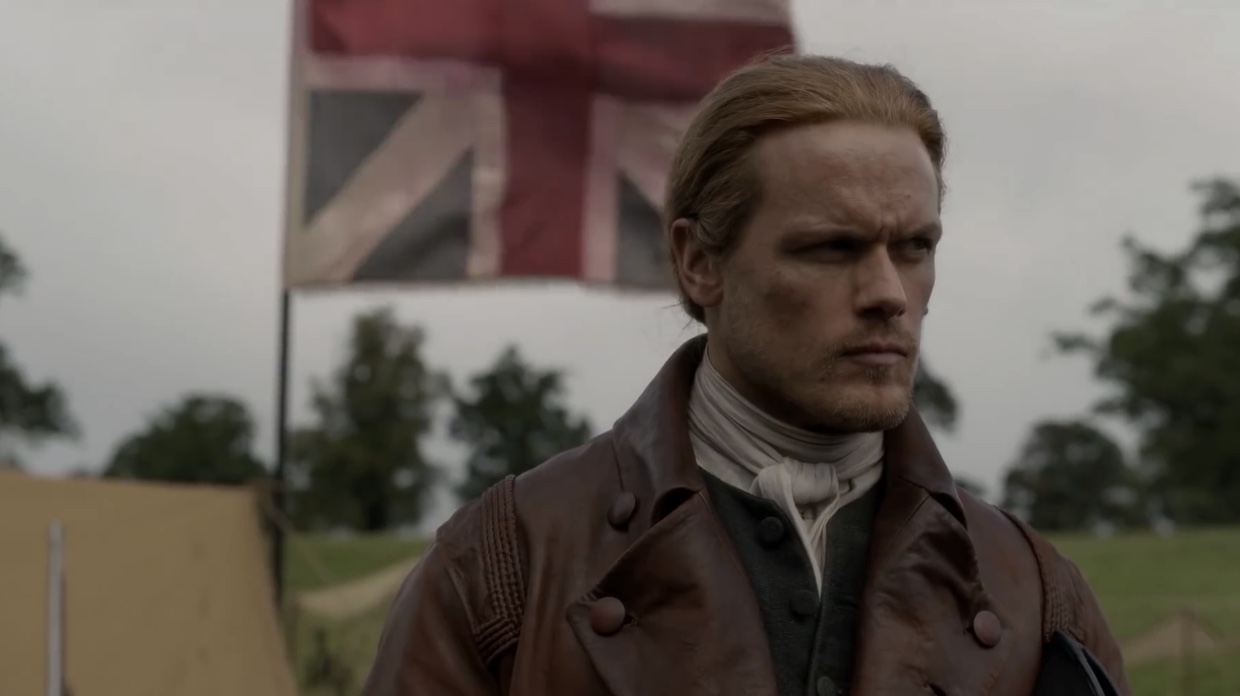 Sam Roland Heughan is a Scottish-born stage and screen actor who is loved by his home audience because of his role as Scott Nielson on the BBC series, ‘Doctors.’ He has a natural talent for acting, which landed him stage performances in ‘Outlying Islands’ and ‘Hamlet.’ His fame skyrocketed after he began starring in ‘Outlander’ alongside Caitriona Balfe. He is an alum of the Royal Scottish Academy of Music and Drama and was nominated for the Laurence Olivier Award for Most Promising Performance. His remarkable filmography also includes films such as ‘The Spy Who Dumped Me’ and ‘Bloodshot.’

Sam was rewarded with an honorary doctorate in recognition for his outstanding acting skills and other endeavors from the University of Stirling in June 2019. The University of Glasgow also bestowed an honorary doctorate upon the actor in July 2019 owing to his artistic prowess. He now has an ever-expanding fanbase that passionately follows his work and personal life, mostly tucked away from the spotlight. If you’re a fan wondering about his love life, here’s everything we know about his dating history!

Is Sam Heughan Dating Anyone?

‘Outlander’ has attracted a lot of fans over time, and half of them desperately root for Sam Heughan and his co-star Caitriona Balfe. They have captivated audiences with their sizzling chemistry and amazing on-screen romance. They have been spotted together at various ‘Outlander’ events and are actively present in each other’s social media lives. But the actors have been very clear about their easy rapport that unfortunately stops at friendship. 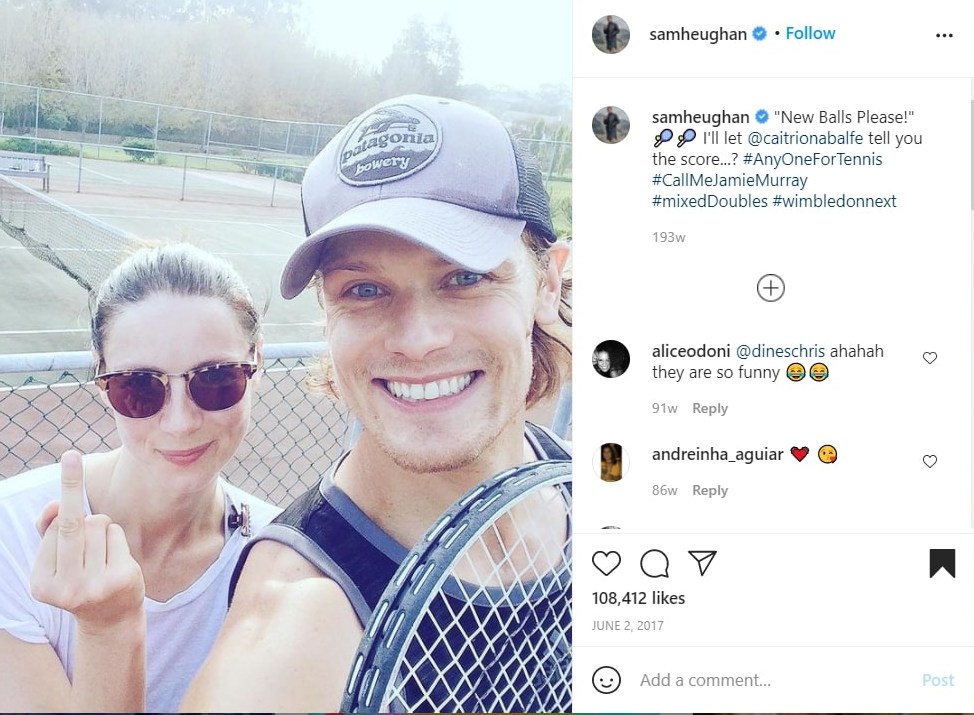 Sam Heughan has been linked with Cody Kennedy, who allegedly dated him from 2014 to 2015. They attended a Halloween party together in 2014, which apparently sparked up relationship rumors between the couple. The two were not famous enough at that time, which is why the tittle-tattle around their dynamic died down. Reportedly, Sam was also dating Abbie Salt from late January 2015 to November 2015. They were spotted in numerous places together in London and Glasgow, which further strengthened the claim. Sam had met her through her sister Charlotte who stars in ‘A Princess for Christmas’ with Sam.

The next person reported to be involved with Sam happens to be North Carolina native Mackenzie Mauzy. It is believed that the couple dated from November 2016 to March 2018. They made their first appearance in February 2017 at the Weinstein Company and Piaget’s Oscar Weekend Kick-Off Party in Los Angeles. They also celebrated Sam’s birthday together the same year. But the pictures stopped coming in during the spring of 2018, which implies they must have separated. 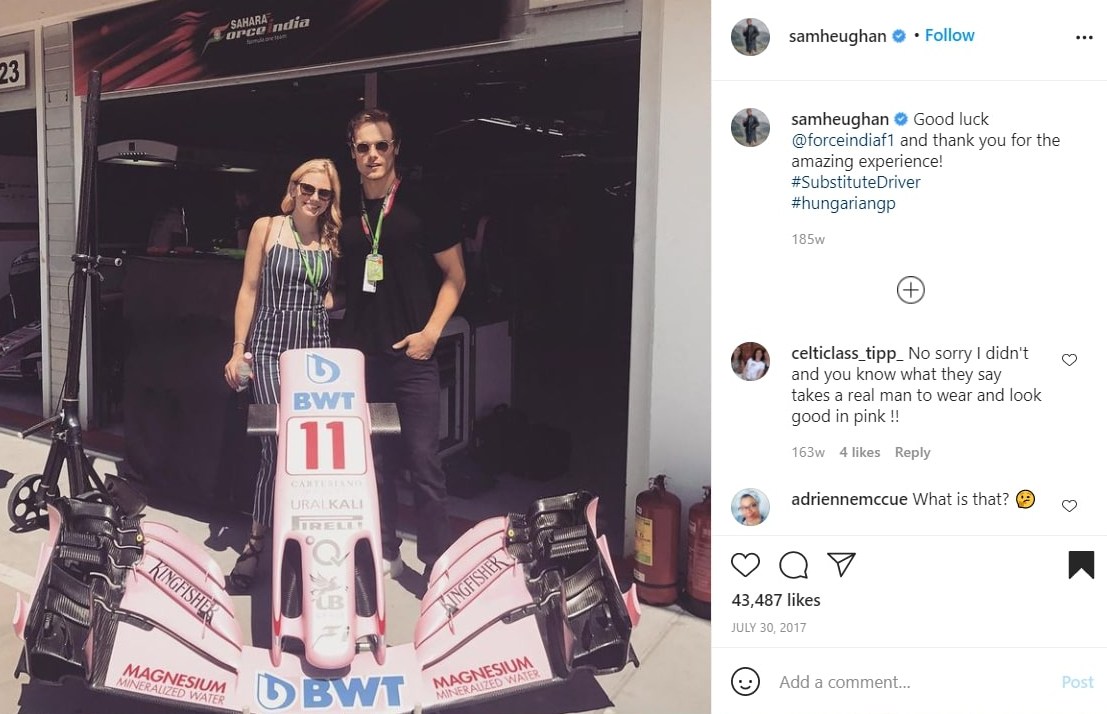 In 2018, it was reported that Sam was officially dating ‘Twin Peaks‘ star Amy Shiels after sharing a 10-year “flirty friendship” that blossomed into a relationship. Rumors about the pair fired up in 2014 when ‘Outlander’ first premiered, but the actors did not confirm anything. Fans were soon jolted into a state of frenzy in October 2014 when Amy liked a message on a Twitter status implying that she and Sam are a beautiful couple (who could be the next Brangelina – a reference to Brad Pitt and Angelina Jolie). Amy also tweeted that Sam is the obvious choice (in her opinion) for the next role of James Bond.

Obvious choice in my opinion is @SamHeughan

On July 25, 2018, Amy was spotted at the premiere of Sam’s movie, ‘The Spy Who Dumped Me.’ Two days after the glamorous event, the pair were seen chilling at the Chateau Marmont in West Hollywood. But the actor has never publicly spoken about his love life and has also declared that he puts his career ahead of his personal life. In 2020, Sam dropped hints stating that he is single because of the hectic work life that keeps him busy.