Is Seinfeld Based on a True Story?

‘Seinfeld’ is ubiquitous for being one of the best-written and most widely known comedy shows in television history. The “show about nothing” ran for almost a decade and continues to be highly syndicated for its timeless comedy that refuses to get stale. The four friends living in New York City, led by comedian Jerry Seinfeld’s self-titled character, is the classic sitcom setup.

Where the show shines are the peculiar situations and conversations that stitch together the storyline. Its cult status as one of the sitcom greats is reinforced every time someone recalls one of its many, many memorable scenarios, like the one where the gang encounters the Soup Nazi. Where did the show’s writers mine so much comedy gold from? Let’s take a look at whether ‘Seinfeld’ is based on a true story.

Is Seinfeld Based on a True Story?

‘Seinfeld’ is partly based on a true story. The show follows comedian Jerry Seinfeld playing a fictionalized version of himself who is a comedian of minor celebrity status in New York City. The main characters of the show are also based on actual people that the show’s creators Jerry Seinfeld and Larry David know, and many of the situations seen on the show’s meteoric 9 season run are based on the actual experiences of its writers. 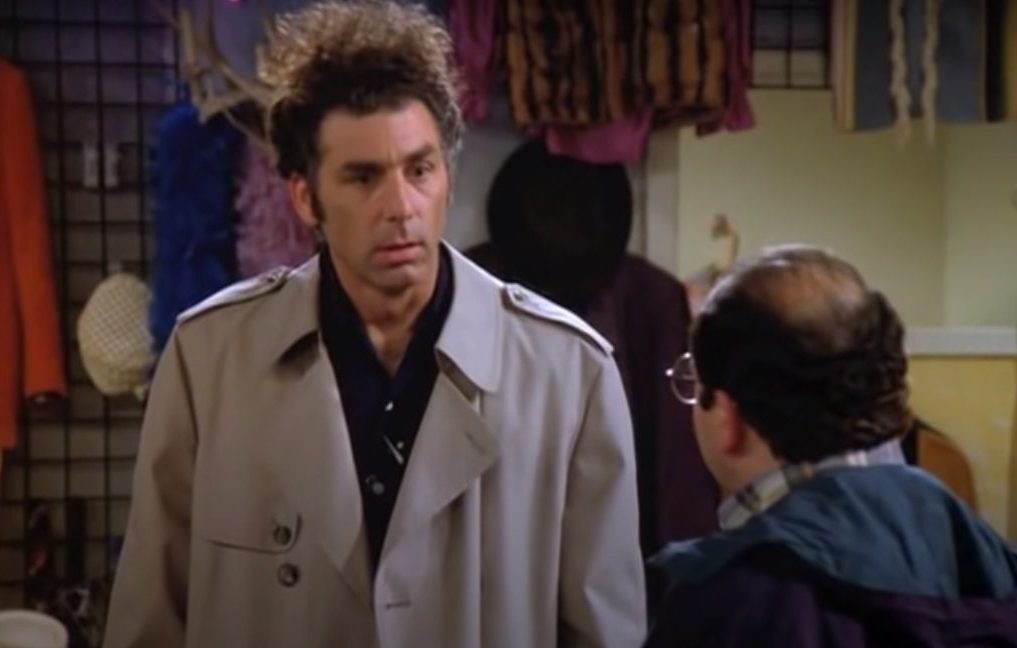 The show’s authenticity stems in part from Jerry wanting to play himself — as opposed to the role of someone else — in his televised work. Unlike an actor who wishes to take on roles, comedians, Jerry stated, want above all just to be themselves. So, when approached by NBC with an offer to make any kind of show he wanted to with the network, Jerry was able to eventually make the show that allowed him to enact himself. The idea for the show, however, was struck upon by his friend and fellow comedian Larry David as the two browsed through a Korean supermarket, commenting and joking about what they saw.

Larry was struck by how banter like that would never be heard on television and suggested to Jerry that they make a show where they just “make fun of stuff.” And this is just what they did. The show is imbibed with the spirit of observational comedy, driven by the two creators. There is even a scene with Jerry and his friend George, who is based on Larry, having the very same discussion about creating a show about making fun of stuff. Instead of standing in a Korean supermarket, the fictional Jerry and George sit at a diner and have fun with the word “salsa.” Other instances, like the one where George breaks into a girl’s apartment to delete an incriminating message, are based on Larry’s actual experiences.

Jerry’s lead character, of course, is a less famous version of the world-famous comedian Jerry Seinfeld. The other main characters also draw strongly from people in the show’s creators’ lives. The iconic character of Cosmo Kramer, Jerry’s zany conspiracy theorist neighbor who often treats the comedian’s apartment as his own, is based on a neighbor named Kenny Kramer that Larry had in his early days as a struggling comedian. The character of Jerry’s father, Morty Seinfeld, is similarly based on Larry’s father, Morty David, who inspired many of the character’s geriatric tendencies, which were then used to comedic effect.

The character of Jerry’s friend and ex-girlfriend Elaine is based on a combination of people that both Jerry and Larry know, including their ex-girlfriends. The fact that Elaine is the daughter of a celebrated author is inspired by Monica Yates, who used to date Larry and is the daughter of author Richard Yates. Attributes of Susan McNabb, who was Jerry’s girlfriend at the time the show began, as well as Carol Liefer, who was one of the show’s writers and had also dated Jerry in the past, are imbibed in the character of Elaine as well.

Apart from the experiences of Jerry and Larry, ‘Seinfeld’ makes use of a host of writers who all bring their quirky personal experiences to create the characters’ hilarious kaleidoscopic lives. The eponymous character from the popular episode ‘The Soup Nazi’ is based on a real-life strict restauranteur that Spike Feresten, one of the show’s writers, encountered.

The business owner would throw out customers without serving them if they failed to stick to his strict restaurant rules. In the episode, Elaine goes up to the ill-tempered restaurateur and likens him to Al Pacino, getting herself swiftly ejected from the eatery as a result. This is all based on Feresten’s real experiences. Similarly, Jerry’s girlfriend in the show, who keeps appearing in the same dress, is based on a person Jeff Schaffer, who also wrote for the show, encountered.

The list of real-life incidents that ‘Seinfeld’ draws from is endless. The show’s universal acclaim and popularity are because of the everyday themes and situations it uses that are drawn straight from reality and hence do not get stale. The characters, too, draw from the rich plethora of quirky people that the show’s creators and writer know, giving the comedy series an almost endless supply of material. In the end, the show has successfully translated the observational comedy of stand-up comics into a hugely popular sitcom, giving it the best of both worlds.

Read More: Is Jerry Seinfeld Married? Does He Have Kids?