Is Shantaram’s Karla Saaranen Based on a Real Person? 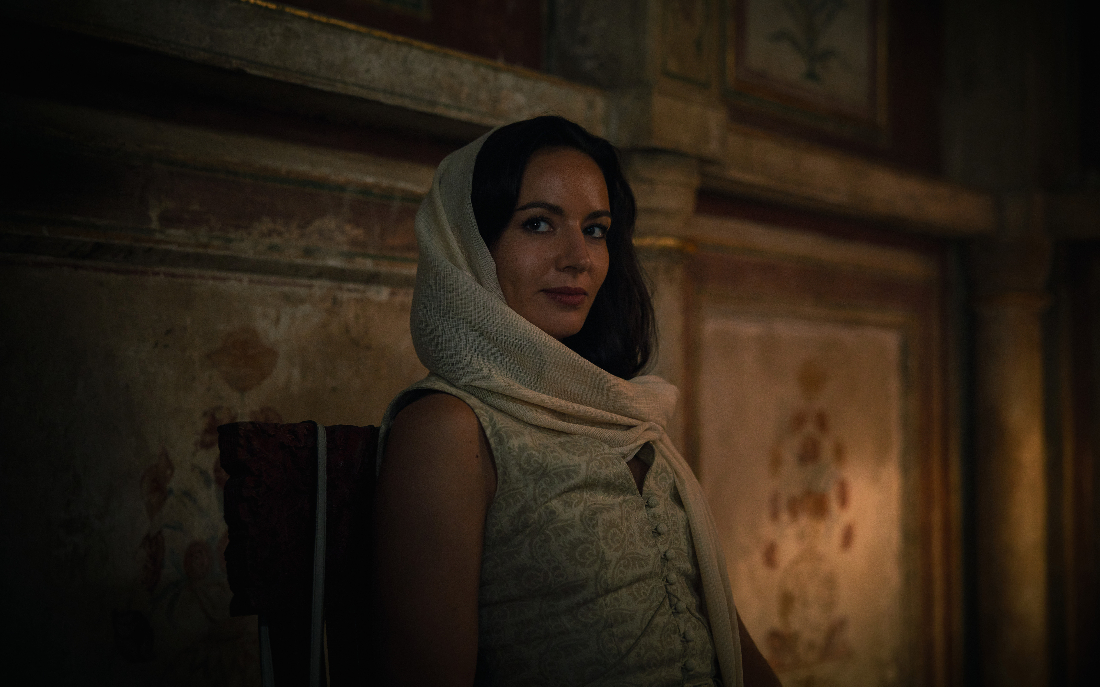 With Apple TV+’s ‘Shantaram’ following a convicted robber as his whole world turns upside down upon landing in Bombay, there’s no denying thrill is at the front and center of this production. After all, although fugitive Lin Ford manages to reinvent himself as a medic in the local slums, he soon ends up getting involved with the underworld amid secrets no one could’ve seen coming. So if you wish to learn more about one of the most outrightly enigmatic figures in his orbit, Karla Saaranen — with a particular focus on her actual reality — we’ve got the necessary details for you.

From the moment Karla comes across Lin during his early days in India, she undeniably intrigues him with not just her beauty, charm, and grace but also her complex mind as well as popularity. That’s because she’s seemingly liked by almost everyone in their local ex-pat community, yet never really appears too close to anyone if they can not help her move forward in her endeavors. There’s thus always a sense of mystique around the Swiss-American, and it turns out that a large part of it is owing to the fact she’s looking to run from her own past actions, quite a lot like Lin.

However, Karla is not explicitly based on a particular individual — she’s simply a character built from the ground up to help move Lin’s story along in the appropriate and captivating direction. The truth is this original series is an adaptation of the eponymous 2003 novel by Gregory David Roberts (or GDR), which in itself is influenced by his life, meaning she is his imagined creation. Though, the author has since admitted he did design Karla by weaving together his interactions and infatuations with the different women he actually met during his time in Bombay in the 1980s.

“I’m thrilled people would think [Karla is] real,” GDR candidly said back in 2020. “[But] ‘Shantaram’ is about the exile experience; every character is an exile… [and] Karla is coming from having killed [her rapist]… The solution to the exile — to being cut off from your home, from your love, from your place — is love. Each one of those characters represents a different kind of love: fatherly love, brotherly love, sisterly love, or infatuation. This kind of loving is expressed through the characters [with infatuation being Karla], and that’s what they’re about. They’re created, they’re not real.”

Moreover, the author has also conceded that if he absolutely had to pick a favorite character from this entire intricate yet vibrant narrative, it would be Karla Saaranen “for a lot of different reasons.” He said, “The only real hero I had in my life growing up was my mother, and in a sense, I’ve tried to put the struggle my mum went through in life, and some of the things she experienced into Karla. I also put some of the sterling qualities of courage, self-determination, self-confidence, making your own way into the world into Karla from other women I’ve known and seen.”

GDR continued, “I also wanted to create a character through Karla that kind of explains what it’s like for a woman to be in the middle of a very confronting male world — being surrounded by male egos, doing male things, but maintaining her Karla-ness, her essential self. She’s not the slave of anybody, and she can do anything at any second.” As if that’s not enough, the author had consciously ensured she was a mirror to Lin in every sense of the term by reflecting every aspect of his existence, just in a more feminine manner. “They’re kind of like soul mate mirrors of each other,” he expressed. “Lin’s negatives are reflected in her positives, and her negatives are reflected in his positives.”

Read More: Do Lin and Karla End Up Together in Shantaram?