Is Sky Rojo Based on a True Story?

‘Sky Rojo‘ tells the gritty story of 3 prostitutes on the run from their pimp and brothel owner on the island of Tenerife in the Spanish Canary Islands. As the women try to overcome daunting odds to escape, they battle with their demons and reflect on the degrading and inhuman situations that they’ve been put through as prostitutes.

No detail is left to the imagination as the characters of ‘Sky Rojo’ play out what goes on behind the closed doors of a brothel, how people get drawn into “the life” and are unable to escape, and the stigma that then follows them no matter what they do. With a premise and subject matter that is so dark and hard-hitting, are you wondering whether ‘Sky Rojo’ is based on a true story? Do things like this actually happen? We’ve got news for you!

Is Sky Rojo Based on a True Story?

No, ‘Sky Rojo’ is not based on a true story. Despite the setting and subject of the show being very close to reality, so much so that the show is shot on the island of Tenerife (where it is based), the actual story is fictional and has been written by multiple writers under the direction of show creators, Alex Pina and Esther Martinez. The latter stated, “With ‘Sky Rojo’ the work was difficult because we talked to victims of trafficking, read their stories, watched documentaries, and soaked it all in. It was emotionally draining.” 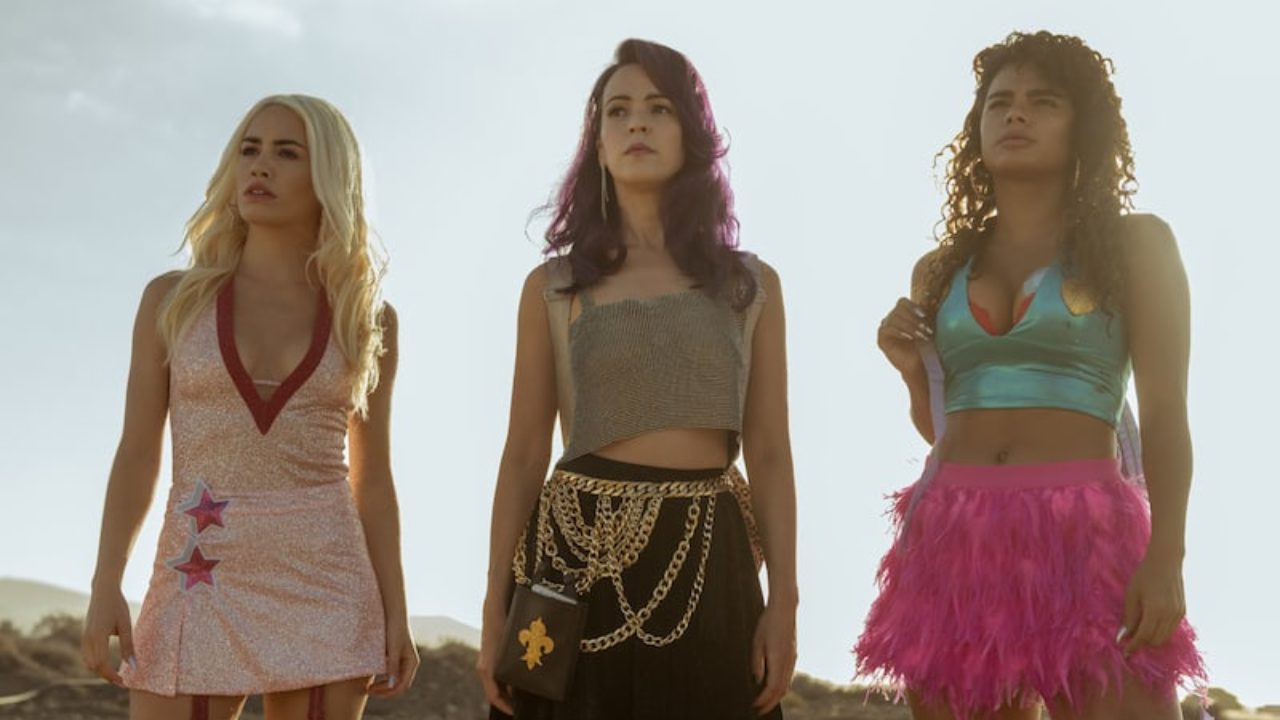 She continued, “Of course, the series is playful and there is a lot of beauty aesthetically and in the story of our three protagonists, but wading through the dark reality was difficult.” After their success with ‘Money Heist,’ they wanted to focus on a show format that had shorter, but even more intense episodes. So, they came up with the idea of making a show in which each episode is only 25 minutes, but every minute feels like the climax. The resulting Tarantino-esque style has been christened “Latin Pulp” by the creators as well. The subject matter for such a show needed to be flashy, violent, and relevant, and forced prostitution fit perfectly.

As mind-bending as Pina’s shows can get, he keeps the underlying subject matter relevant to our society. ‘Money Heist’ followed the theme of resistance and tells the story of those trying to fight against “the system.” The Dali mask, the Italian protest song (“Bella Ciao”), and the fractured pasts of the characters, though all good dramatic elements, also symbolize how common people can stand up to an institution and destabilize the entire system. With ‘Sky Rojo,’ Pina is similarly exploring prostitution.

In an interview, Pina stated that his decision to cast Spanish, Argentinian, and Cuban actors to play characters of the same nationality was so that he could accurately represent the current reality of prostitution in Spain. How women in poor countries are misled into leaving their homes and how they are forced into prostitution (and the chilling descriptions of their treatment at the hands of pimps and customers) are all part of the show’s story but are also very much a part of modern society.

The flashy production and blistering action aside, ‘Sky Rojo’ looks into the very real dark realities of forced prostitution and the effects it has on all involved. What sets it apart from other productions tackling a similar subject matter is that this show looks at the phenomenon of trafficking and prostitution from not one but multiple perspectives. The prostitutes, the brothel owner, the pimps, and the paying customers, all give the audience an insight into the minds and motivations of all the people directly involved in the flesh trade.

It is especially disturbing to hear the brothel owner talk about it in terms of numbers, including how much they “invest” in a woman and how much they earn back from their investment. The show also explores how people get trapped in the kinds of lives portrayed herein. It is not just the prostitutes but also the “bad guys” who sometimes see no other option than to get involved in a life of crime and inhumanity. By explaining the motivations and circumstances that drive the characters, the show is able to pull the curtain back and give viewers a glimpse of the underbelly of contemporary society through a palatable work of fiction.

The knowledge that despite it being a work of fiction, there are real people who are at this moment in very similar circumstances, is what makes the show so hard-hitting. Even the smattering of comedy presented, though funny in the context of the scene, generally hints at a reality that is so dark that further reflection on it makes it anything but funny.