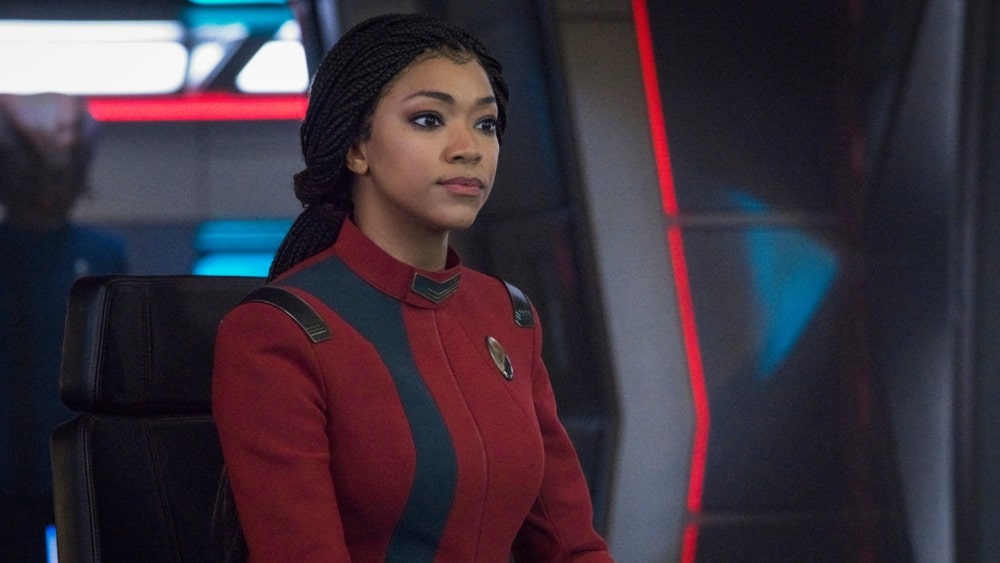 Starring Sonequa Martin-Green, Doug Jones, Anthony Rapp, Mary Wiseman, and Wilson Cruz, ‘Star Trek: Discovery’ is a science-fiction drama show that centers upon the events that follow Michael Burnham’s rise to become the captain of U.S.S. Discovery. The crew that always comes together and fights its enemies now faces an existential threat that poses a danger to the entire galaxy.

Can the crew succeed in their mission by extending a friendly hand and cooperating with hostile parties instead of struggling against them? The exciting premise is bound to get fans excited and if you wish to learn more about season 4 of the series and where it can be streamed, then allow us to be your guide.

What is Star Trek: Discovery Season 4 About?

Following the events of season 3, in which the crew moves to the late 32nd century and Michael Burnham ultimately becomes the captain of the U.S.S. Discovery, the team, now faces one of the biggest challenges of their lives in the latest installment. A massive gravitational anomaly that is as big as five light-years in size is approaching them and is about to put all forms of life in the entire galaxy at risk.

Despite their differences, the Federation and Non-Federation world now face a common enemy, and it is the right time for them to come together and work for a better future. But is it even possible to stop the catastrophic event from unfolding the way that it is expected to? In order to find out, you will have to watch ‘Star Trek: Discovery’ season 4. So, here’s all the streaming information that you are going to need!

Netflix has a massive catalog of television shows to keep viewers entertained, but the science fiction adventure drama is not available on the platform. Subscribers can look for the show on other websites, or they can alternatively stream ‘Away‘ or ‘Lost in Space.’

No, ‘Star Trek: Discovery’ season 4 is not accessible on Hulu as of now. However, viewers looking for something similar can instead watch ‘Star Trek: The Next Generation.‘

Amazon Prime Video’s regular offering does not include ‘Star Trek: Discovery’ season 4. But subscribers with a Paramount+ add-on can access the latest episodes here.

No, ‘Star Trek: Discovery’ season 4 is not available on HBO Max. Moreover, the show is highly unlikely to be available on the streamer even in the future. Therefore, subscribers who are looking for something along the same lines can watch ‘From the Earth to the Moon‘ or ‘Avenue 5.’

The fourth installment of the science-fiction adventure drama is accessible for streaming on Paramount+. If you wish to watch the latest episodes, then you can head here. You can also watch the previous seasons and check for the availability of the latest installment on video-on-demand platforms such as Google Play, Microsoft Store, iTunes, Vudu, and YouTube.

How to Stream Star Trek: Discovery Season 4 for Free?

Paramount+ comes with a 7-day free trial for first-time subscribers. So, people who plan on watching the series free of cost can use the offer. However, we encourage our readers to always pay for the content they wish to consume online.