Is Stormfront Alive in The Boys? Does She Die? 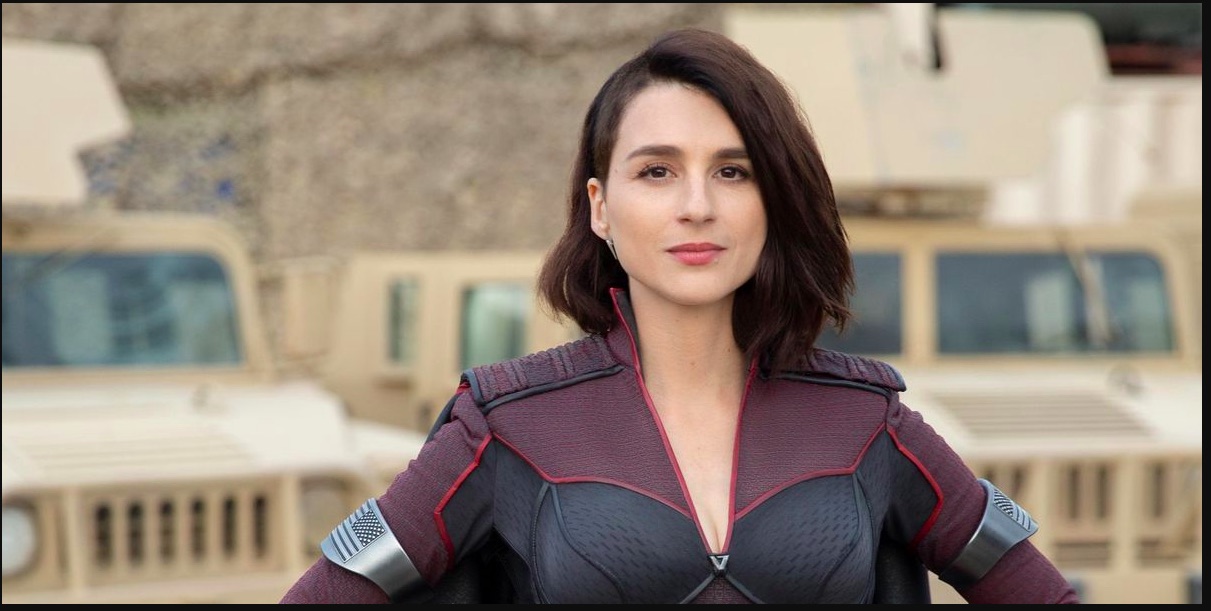 ‘The Boys’ has a streak of killing off its characters in a bloody and brutal manner. The aftermath of its fight scenes is always heavily bloodstained, and it generally means slim chances for a character’s survival. However, the show also features lots of superheroes with unimaginable powers. Their invincibility not only makes it interesting to see how regular humans like the Boys fight them, but it also means that they can survive a lot worse than what happens to most characters.

At the end of Season 2, we see a brutal fate befall Stormfront, one of the primary antagonists of the season. However, the third season creates some uncertainty over her fate. Here’s what actually happened to Stormfront and what it means for her future on the show.

At the end of ‘The Boys’ Season 2, we find Stormfront in a very delicate state. When she chokes Becca, Ryan uses his powers to inflict severe injuries on her. Her legs are severed and one side of her body is beyond repair. This makes it look like she is going to die now. Later, however, at a press conference, it is mentioned that she has been locked away in one of Vought’s facilities. Back then, it seemed like just another cover-up by Vought, but in the first episode of Season Three, it is revealed that Stormfront was in fact in a Vought facility.

For the past year, she had been recuperating in a hospital, though her condition was not very good. Ryan caused too much damage to her, and while she survived the ordeal, she couldn’t go back to her previous form. It also looks like the only person who visits her is Homelander, as she is the only one that he can confide in. With the whole world poking and prodding him about his ties with a Nazi and his ratings declining steadily, the mighty Supe can turn only to Stormfront, but even she can’t do much to help him.

Is Stormfront Dead for Good This Time?

Even though she wasn’t dead, Stormfront’s condition confirmed that she was not going to be a part of ‘The Boys’ in a greater capacity. There is only so much she could have done confined to a hospital bed, and she knew it. Her dreams of white supremacy and ruling the world with Homelander were crushed to bits, and she knew that he wasn’t interested in picking up the cause where she left off. In short, there was nothing left for Stormfront anymore.

With her body and spirit broken, Stormfront decides that she’s had enough of it all. On Homelander’s birthday, finding herself utterly alone, she bites off her own tongue and chokes on it. The news of her death is leaked when someone films a video of her body being taken away from the hospital. Does this mean she’s gone for good now?

As a rule, we never assume someone’s dead on a show until we see the dead body. In some cases, even the corpse is not a guarantee of death. In Stormfront’s case, however, it seems like the end of the road. Even if she hadn’t died, there was no scope for her to come back into the game. She couldn’t use her powers, and even if she could come back, she wouldn’t garner much popularity beyond her dedicated supremacist Stormchasers. So, yes, we do believe she won’t be returning to the show.

However, should the showrunners want it, there is a window of possibility that can bring back Stormfront, though in a different form or capacity. According to the comics, Stormfront (who was gender-swapped in the show) was the first Supe created during the Second World War. His DNA was used to create more Supes, including Homelander, which makes him Stormfront’s clone. Further, he was also the leader of Payback and was eventually killed by the Boys and Love Sausage (a Russian Supe) in a fight that is reminiscent of the Allied powers’ fight against Germany.

The TV show could use the clone arc from Stormfront’s storyline, should they be interested in bringing back the character. As we know, Vought is always indulged in one or the other form of illegal experiments. There is a possibility that they moved Stormfront from the hospital to one such secret facility where they’ll be using her for some research to further the superhero cause. They could have faked her death to escape public scrutiny and carry on with their work in peace. And knowing Stormfront, she probably volunteered for it, especially if she thought it would help her supremacist agenda.