Is Striptease a True Story? 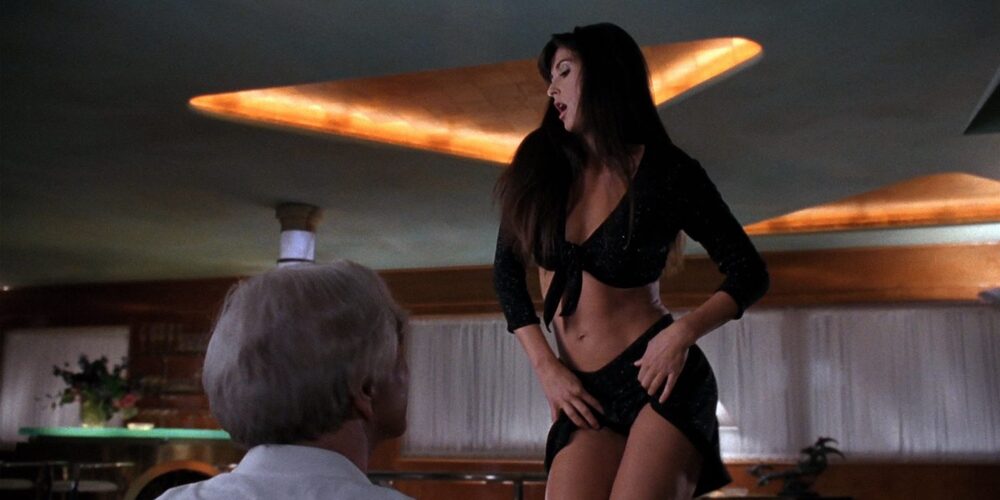 Director Andrew Bergman’s 1996 comedy-drama movie, ‘Striptease‘, starring Demi Moore as an exotic dancer trying to win her daughter’s custody, wasn’t received well when it released in theaters. The plot is intriguing – Erin gets fired from her FBI secretary job when her no-good husband is arrested for grand larceny. She somehow loses her daughter’s custody to the same no-good husband and takes up a job as a stripper to make enough money to appeal the court’s decision and pay for a custody battle. A corrupt politician, who is perpetually drunk, becomes obsessed with Erin and makes her life difficult until she comes up with a daring plan to destroy him once and for all. Curious to know if the story of Erin Grant and the plot of ‘Striptease’ is rooted in reality? Let’s find out.

Is Striptease Based on a True Story?

No, ‘Striptease’ is not based on a true story. In fact, the movie is adapted from Carl Hiaasen’s darkly comedic novel of the same name. ‘Strip Tease’ is a 1993 fictional crime novel that tells the story of how Erin Grant takes down a lecherous and corrupt politician with her exotic dancing ways and gains back her daughter’s custody along the way. The film follows the source material pretty closely except for the fact that Demi Moore plays Erin Grant too somberly.

We did some digging for similar cases and found one from 2003, reported in the Pittsburgh Post-Gazette on September 27, 2003. Former exotic dancer Cherina Slepecki of Bellevue, who used to work at a Pittsburgh gentleman’s club until 2001, regained custody of her 8-year-old son in September 2003 after having lost the boy to his paternal grandparents for 15 months. Armstrong County Judge Kenneth G. Valasek had sent the child to live with the grandparents, in a move that Cherina and lawyer Lisa Marie Vari believed was based solely on the mom’s profession. At the time, a psychologist had told Judge Valasek that Cherina’s son was more closely bonded to the grandparents than to Cherina. The grandparents had also testified that the boy told them at times that he did not love his mother. Judge Valasek had even agreed that Cherina adequately tended to the boy’s needs, but the paternal grandparents could provide a better overall environment for the child. This decision was later appealed by the mother and reversed by the Supreme Court.

Apart from Cherina Slepecki’s story, which happened a decade after Carl Hiaasen’s book came out (and 7 years after the movie released), we have not found any other real-life incident that is even remotely close to the events that transpire in Demi Moore’s ‘Striptease’.