Netflix’s ‘Enola Holmes 2’ begins with the mysterious disappearance of a girl but soon ties up with a more sinister plot that the young detective has to solve. This is Enola’s first case as a professional and she is hell-bent on solving it herself. However, as she digs deeper into the mystery, she discovers that there are larger forces at play. The people involved with the crime that she and Sherlock are investigating are ruthless. They didn’t hesitate from killing people who got too close to their secret. They won’t hesitate from killing Enola too. Superintendent Grail turns out to be one of those people.

The shady police officer is very clear from the beginning that he won’t be lenient towards Enola simply because she is a girl. Over the course of the film, it becomes clear that he doesn’t care what he has to do to stop Enola, which makes him a very dangerous man. If you are wondering whether or not Enola succeeds in getting rid of him, then here’s what you should know about him. SPOILERS AHEAD 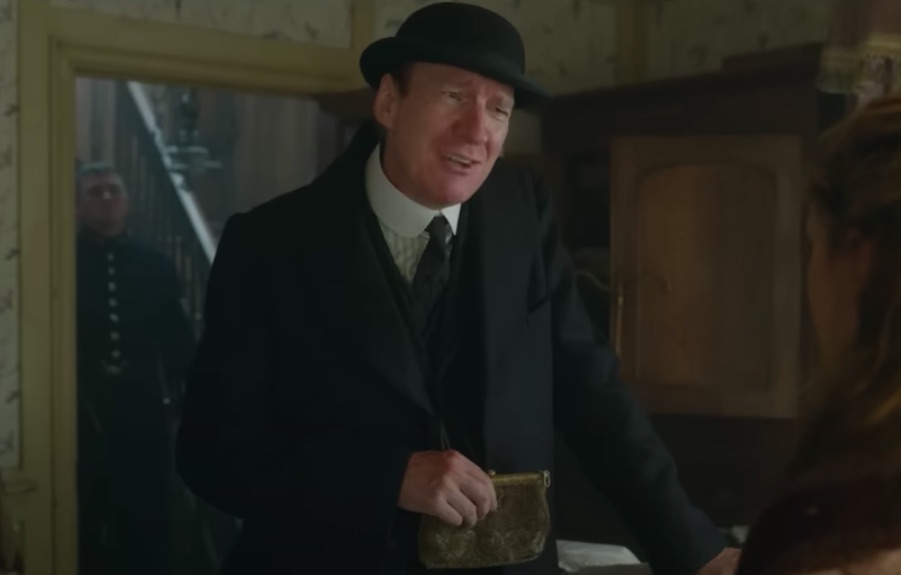 While there are many factors involved in the mystery that Enola and Sherlock have to solve, Superintendent Grail seems to be connected to both of them. He is first introduced after Mae’s death when Enola is cornered by Grail as the prime suspect in the murder. His words reveal that he doesn’t think as highly of the Holmes family as many others do. It looks like he just considers them a hurdle in his path. It later turns out that he didn’t simply mean it as their irritating habit to poke their nose in his cases. They were a problem for him because they pose a threat to his evil designs.

Grail was employed by Moriarty to retrieve the documents that Sarah had stolen from the matchstick factory, and he shows utmost dedication to finishing the job. He doesn’t care how many people he has to kill along the way. Both Mae and William fall victim to his bloodlust. By the end of the film, Enola has ruffled quite a few feathers, which makes Grail all the more eager to kill her, and he almost succeeds at it.

When she is hit badly, Enola takes a moment to calculate her next step. Before Grail can anticipate what she is about to do, her plan is already in motion. The dominos fall just the right way, and Grail suffers some brutal injuries. The way he hits the ceiling, it looks like his neck is broken. As if that was not enough, he falls down, hitting himself on the very plank that he had been standing upon only moments before, and then falls with a thud on the stage. Because the nature of his injuries is very severe, if not outright fatal, it is fair to assume that Grail has met his maker.

It would be nearly impossible for the villain to survive his injuries. His death also brings his character to a deserved end. The film could use a twist to reveal in the next part that he has somehow survived the nightmare that Enola put him through, but that would not only be unnecessary but also useless. Despite his villainy, Grail is not the true villain of the story. Sherlock reveals that it was Moriarty who had been pulling the strings all along. Grail is just a pawn in her game.

With this, the film shifts focus towards Moriarty, who is the one that Enola should be looking out for. Considering that she already has a much more formidable enemy to face, it wouldn’t make sense to bring back someone she has already defeated, just for shock value. Considering all this, it is fair to say that Grail’s part has met its end in the story of Enola Holmes.