Where Was Enola Holmes 2 Filmed? 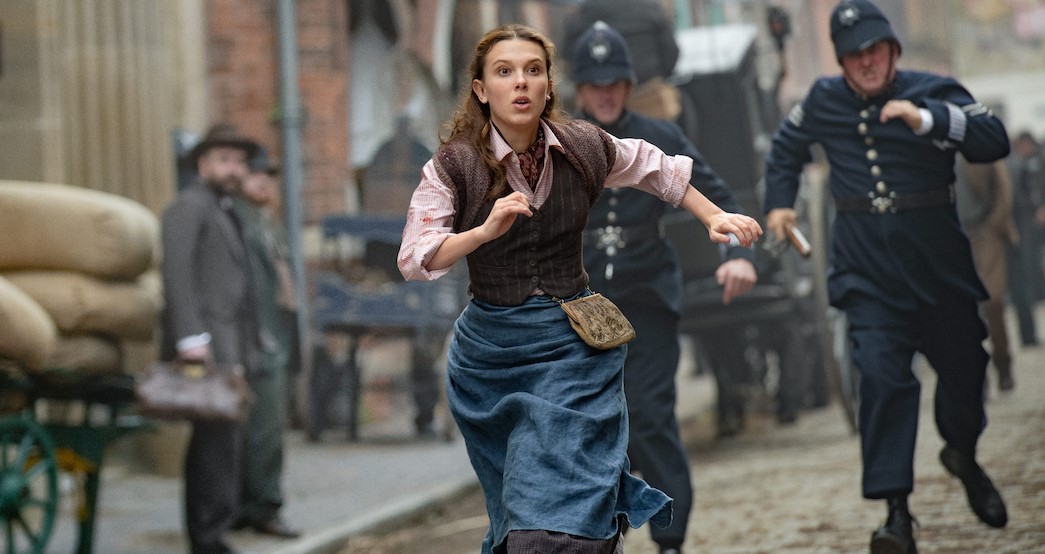 Based on Nancy Springer’s ‘The Enola Holmes Mysteries’ novel series, Netflix’s ‘Enola Holmes 2’ is a detective mystery movie directed by Harry Bradbeer that serves as a sequel to the 2020 movie ‘Enola Holmes.’ The narrative follows the titular character who follows in the footsteps of her brother, Sherlock Holmes, and starts her own detective agency after successfully solving her first case. However, she soon realizes that being a female detective is not as smooth sailing as she thought. Just as Enola is about to call it quits on her agency, a girl comes with a case of her missing sister.

Instead of being a typical kidnapping case, it turns out to be something far more complicated than that, as Enola finds herself in a dangerous situation. So, to solve this mystery, she calls upon her friends and her brother for help. The usual suspense and mystery surrounding a case associated with a detective movie keep the viewers on the edge of their seats. At the same time, the setting of the Victorian era makes one curious to know about the actual filming sites of the movie. Well, if you are paddling the same boat of wonder, we have got you covered!

‘Enola Holmes 2’ was filmed entirely in England, specifically in Kingston upon Hull, London, and Dorchester. As per reports, the principal photography for the Millie Bobby Brown-starrer commenced in early October 2021 under the working title of ‘Street Dogs’ and wrapped up in January 2022. So, without further ado, allow us to transport you back to the Victorian Era and give you a detailed account of all the specific sites that appear in the Netflix movie!

Most of ‘Enola Holmes 2’ was lensed in and around Kingston upon Hull, a port city and unitary authority in England’s East Riding of Yorkshire. Specifically, the filming unit set up camp in Hull’s Old Town. It is a historic area popular among tourists due to its centuries-old cobblestone streets and buildings, which made it easier for the production team to transform it into Victorian London for the Henry Cavill-starrer.

Several pivotal sequences for ‘Enola Holmes 2’ were taped in London, the capital and largest city of England, as well as the United Kingdom. Like the first installment, the cast and crew members set up camp in and around the Old Royal Naval College on King William Walk to record some scenes for the sequel. Fournier Street in the Spitalfields area also served as a key filming site. Moreover, the team seemingly lensed a few scenes in The Royal Oak pub at 73 Columbia Road.

For shooting purposes, the cast and crew of ‘Enola Holmes 2’ further stopped in Dorchester, the county town of Dorset. The HM Prison Dorchester, which permanently closed in 2014, is the primary production site in Dorchester where several sequences for the mystery movie were shot. It was a local men’s prison with buildings built in a typical Victorian design. So, it is understandable why the cast and crew of ‘Enola Holmes’ utilized its premises for recording scenes.