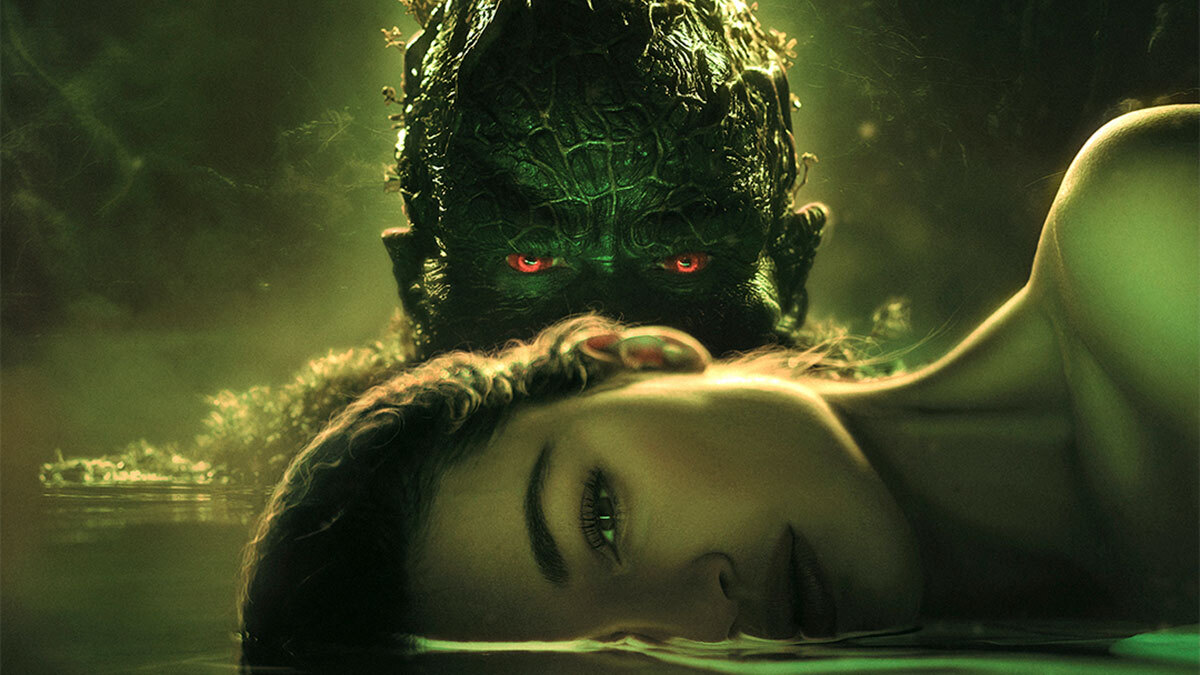 ‘Swamp Thing’ is a live-action horror-thriller that dropped in May 2019. The premise is set in rural Louisiana, a place where scientists are testing hazardous chemicals that cause plants to grow at an accelerated rate. The story follows CDC researcher Abby Arcane (Crystal Reed), who returns to her childhood home in Marais, Louisiana, in the aftermath of the chemical’s disturbing effects on humans. There she encounters scientist Alec Holland (Andy Bean), who is trying to get to the root of the same issue.

The superhero series is based on the DC Comics title of the same name created by Len Wein, Bernie Wrightson, and Alan Moore in the 1970s. For the uninitiated, this isn’t the first time the character was brought to the screen. The previous cinematic adaptations include a 1982 feature film and a short-lived television series originating in the late 1980s. But nothing captured the gothic mystique of the source material like ‘Swamp Thing’s creative team of co-writers Mark Verheiden and Gary Dauberman.

The series has earned mostly favorable reviews from the critics and viewers alike. Despite its success, DC Universe decided to cancel the show after just one season. Naturally, fans must be wondering: why was it canceled and if there is any chance that there will be a ‘Swamp Thing’ season 2? Let’s find out!

‘Swamp Thing’ season 1 premiered on May 31, 2019, on DC Universe, and concluded its run on August 2, 2019. Originally slated for 13 hour-long episodes, the first season was shortened to just ten episodes instead. Shortly after its premiere, news broke that ‘Swamp Thing’ will conclude with its first season itself. That’s a pretty quick ax for a show that has garnered such a favorable response.

While numerous speculations surround the early demise of ‘Swamp Thing,’ there were no formal reasons given by the Warner Bros. as to why the show was unceremoniously canceled despite having tons of untapped potential. With a budget and production values for its first season that rivaled many movies and an intricate set that cost over $2 million to bring the classic comics to life, ‘Swamp Thing’ was poised to be a breakthrough television series in the DC Universe. Despite earning high praise and impressive ratings, fans are left with so many unanswered questions regarding its cancelation.

Initial buzzes pointed out that the ‘Swamp Thing’ abbreviation was a sign that the fate of DC Universe itself was in the balance. Later “creative differences” were cited to be the cause behind its collapse. Among one of the earliest and most widespread speculations, the show’s short life was attributed to an accounting error blamed on the state of North Carolina, where the principal photography took place.

However, this theory was debunked not long after it started making the rounds on the Internet. Alas, for the moment, the reasons behind pulling the plug on the project remain unknown as the secrets of The Green. The bottom line states that ‘Swamp Thing’ season 2 is officially cancelled. Fans can only hope for a miracle or the attention of another network to breathe life into this dormant series.