Is Tár Based on a True Story?

Directed by Todd Field, ‘Tár’ is a psychological drama movie that follows Lydia Tár, a world-renowned music composer who is the first-ever female conductor of a German orchestra. Working on composing one of the greatest symphonies of her career, she is on the verge of a breakthrough, but a sudden infatuation with her new cellist threatens to derail her entire life. Seeing Lydia troubled, her adopted daughter Petra becomes her pillar of strength and helps her overcome her struggles.

Starring Cate Blanchett as the titular music composer, the movie delves into the world of classical music and the internal workings of a musician’s mind. Moreover, the realistic portrayal of the German orchestra, the pressure of being a performer, and the nuanced performances of the cast members bring the narrative alive. Several moments in the movie make one curious if ‘Tár’ is rooted in reality or a work of fiction. If you are wondering the same, here is everything you know!

Is Tár a True Story?

No, ‘Tár’ is not based on a true story. The movie has been adapted from an original script written by Todd Field, who also occupies the director’s seat. In an August 2022 interview with New York Times, he shared how he finds parallels between filmmaking and conducting an orchestra — an idea he worked around while writing the story. In addition, he stated how he took references from some of his friends who are teachers to develop some scenes.

Besides, through the protagonist, Field wishes to portray the feeling of paranoia that often accompanies fame. Talking about it, he said, “…When you talk to anyone who has achieved any modicum of fame, they’re always suspicious about what someone’s angle is. ‘Why do they want to talk to me? Do they really care about me?’ That elephant is always in the room, and it takes a tremendous amount of energy to either try to silo it from yourself or to service it. But it’s not a particularly productive way to conduct a creative life.”

The filmmaker further discussed how the movie sparks important conversations about power dynamics in relationships. “We’re talking about a story that revolves around power dynamics and transactional relationships, but those are two-way streets. No one’s innocent, and no one’s entirely guilty, either. Absolutes are nonsense unless they’re sporting events. You’re talking about a really scary human truth, which is how people take power and use power or how power uses others…What we’re told, what we know, what we don’t know — that does interest me a lot,” he added.

Interestingly, though one may believe otherwise, Lydia Tár is a purely fictional character, but Cate Blanchett has breathed life into it with her performance. To essay the protagonist, she extensively studied the stick technique of moving the baton and worked with the Dresdner Philharmonie, a German symphony orchestra based in Dresden. Specifically, Blanchett stood in as the lead conductor to rehearse the same music she uses in the movie. 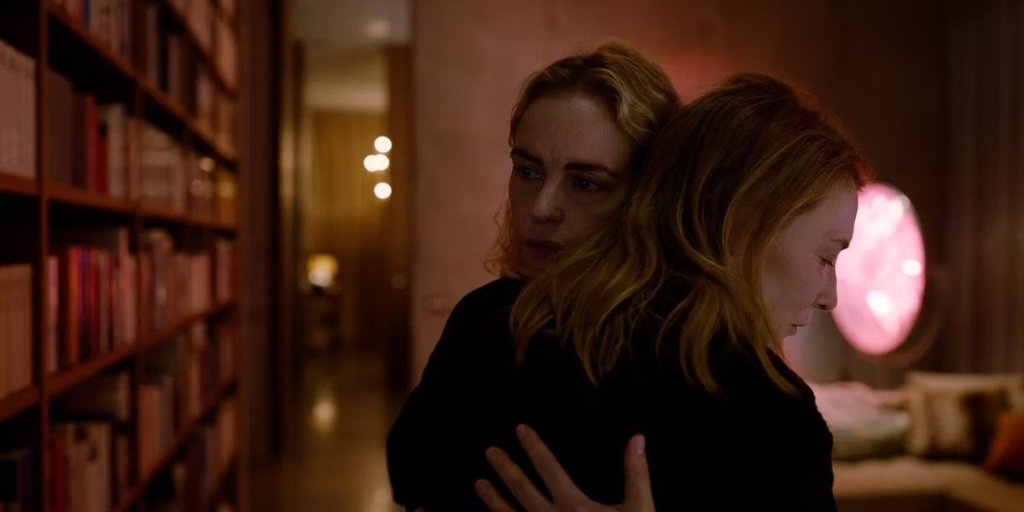 Elaborating on her preparation in an interview with Vanity Fair, the actress stated, “To beat with one hand and shape the sound with the other hand was difficult. It’s such a mix of different skills and emotions… But I must say it was the most transformative moment of my life. There’s this intense feeling of an electric charge, giving the downbeat and hearing this big sound coming back at you. It’s something that I’ve never experienced before. In that space, standing at the podium, you really do feel like you’re the king or queen of the world.”

In another interview with The Playlist, Blanchett shared the movie’s central message: “I think the film is also about many things, but it is a medication on the corruptive nature of power. I think, in the same way, that the mobile phone influenced the way the narrative unfolded, we haven’t even processed the ramifications of the #MeToo movement, Black Lives Matter, and the pandemic. We are altered by these things, positively and negatively…And so, any film that is alive now will have reverberations with those things that have happened to us as a species.”

While ‘Tár’ is not based on actual events or people, it does cover several topics related to gender and fame that are relevant in today’s world, including the rampant cancel culture of which Lydia becomes a victim. The movie builds upon the director and actors’ observations and opinions to create a poignant and believable tale of an artist whose own mind gets the better of her.