Is Ted Danson Married? Does He Have Children? 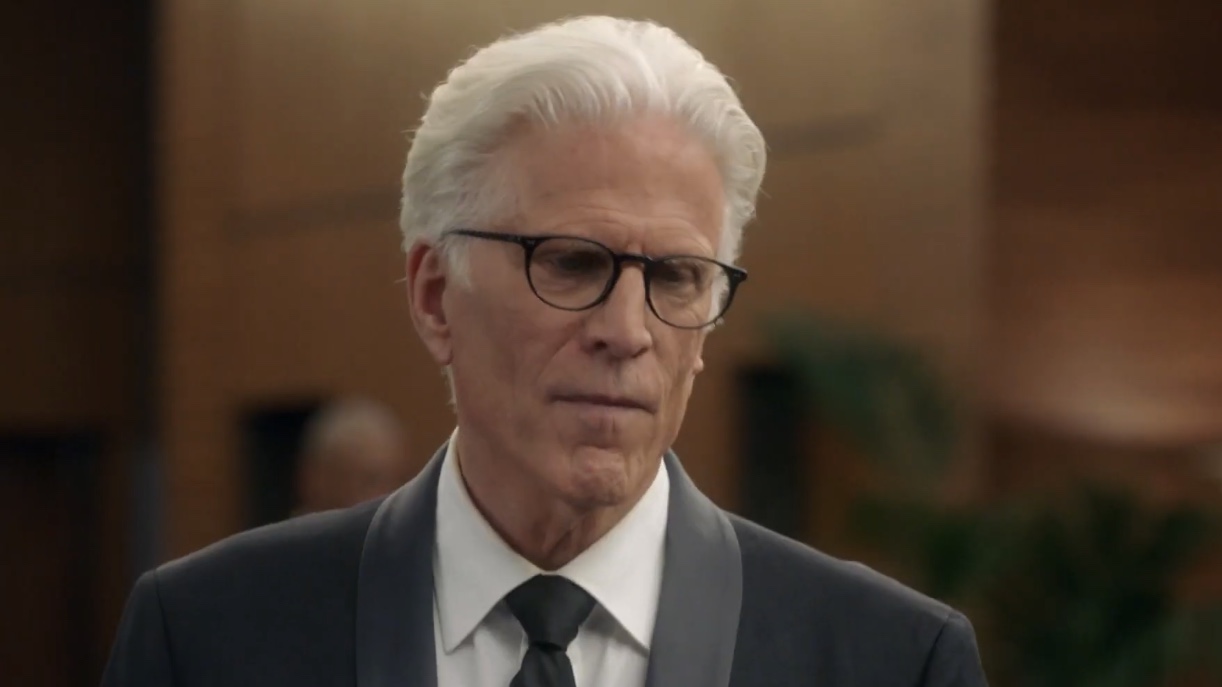 Ted Danson is an actor and producer best known for his role as Sam Malone in the television series ‘Cheers’ and Michael in ‘The Good Place.’ He is also infamously known for his Friars Club blackface gimmick involving racial slurs thrown at his then-lover Whoopi Goldberg in 1993. Despite that, Ted stands as a two-time Emmy Award Winner for his role in ‘Cheers’ and a one-time Golden Globe Winner for his role in ‘Something About Amelia’. His lengthy and successful history of achieving professional milestones overshadows the controversy that momentarily sucked him in.

After the storm that shook the internet regarding his offensive remarks, Ted underwent a redemptive phase wherein he became a part of ‘Damages’ and ‘CSI’, which established his seriousness as an actor. He also wrote a book titled ‘Oceana: Our Endangered Oceans and What We Can Do to Save Them’ and actively participated in saving the environment while performing his duties as a doting family man. Ted Danson also maintained solid personal relationships amidst his engaging work life. Here’s everything we know about his personal life.

Ted Danson was born on December 29, 1947, to his father, Edward Bridge Danson Jr., an archaeologist and director of the Museum of Northern Arizona, and mother, Jessica MacMaster. His birthplace is San Diego, although he was brought up in Flagstaff, Arizona. The talented actor is the second child in his family after his sister, Jan Ann Haury. He hails from English and Scottish ancestry. In 1961, Ted left home beyond his parents’ protective care to Connecticut, where he studied in the Kent School and played basketball there. Both of his parents passed away in the 2000 decade.

Ted Danson married his first wife, actor Randall “Randy” Gosch, in 1970, which lasted for five years. He subsequently found love in Cassandra “Casey” Coates, an accomplished producer and interior designer. Hence, the happy couple tied the knot in 1977. Their marriage seemed successful during its initial days, which further escalated when they got pregnant with their first child. But an unexpected stroke took hold of Casey during their child’s birth in 1979.

Danson spent the succeeding period taking care of Casey and helping her recover. However, in April 1992, he got involved with actor Whoopi Goldberg during the filming of ‘Made in America’. Danson and Casey inevitably got divorced the following year. Ted Danson is currently married to Mary Steenburgen. Before his encounter with Mary, Ted was not in a good place as far as his personal life is concerned. He had gotten through with his second divorce in 1993, which ended in a scandal and a $30 million settlement. 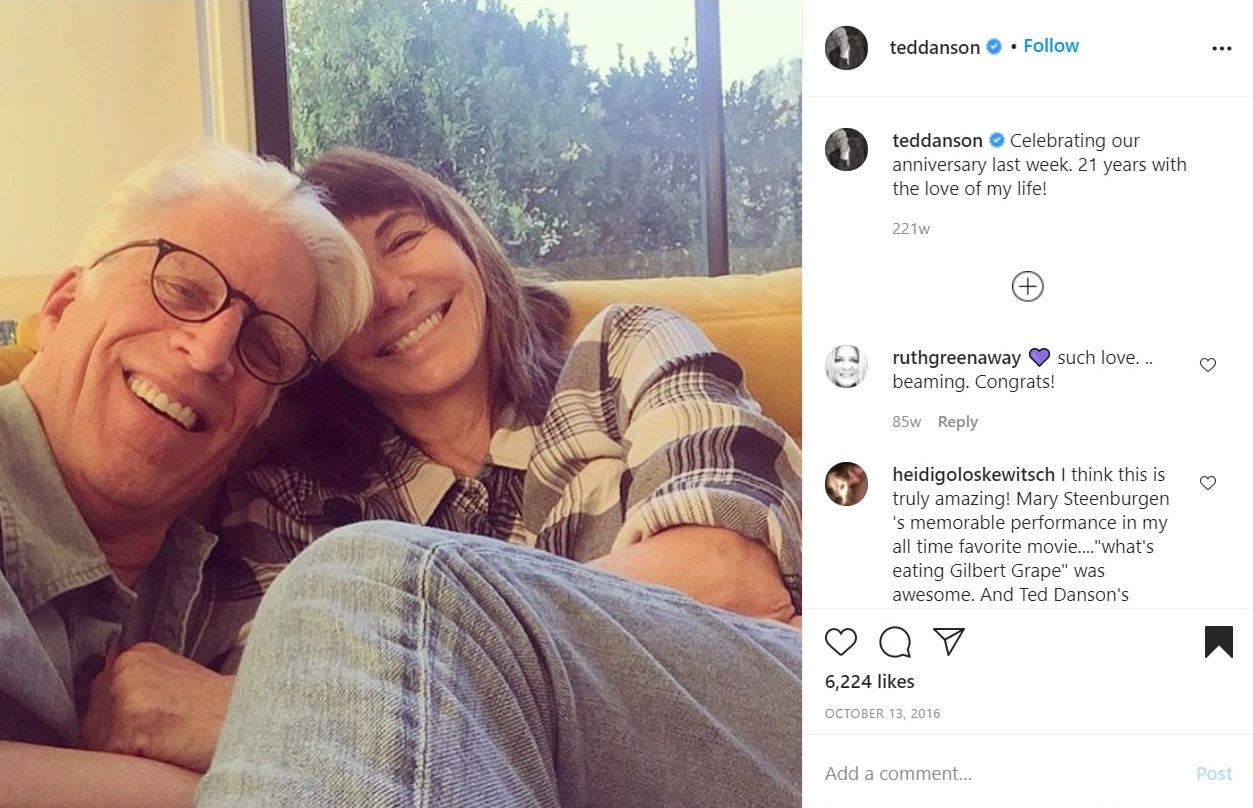 But as luck would have it, he started a new phase of his life on October 7, 1995, when the pair got married and had since stuck together. Ted encountered Mary, the love of his life, on the set of ‘Pontiac Moon’. They were a part of a five-hour canoe scene, which set up the course for the coming events in their personal lives. They instantly connected, and by the time the ride was over, they were already in love, as stated by the couple.

Ted also has two daughters, Kate and Alexis Danson. Kate was conceived during his marriage with Cassandra “Casey” Coates, who suffered a severe paralysis at the time of her birth. Alexis was adopted later on by the couple. Kate is reported to be successfully pursuing a career path in the world of acting. She has featured in popular TV shows such as ‘CSI: Crime Scene Investigation’, and ‘Alien Theory’. After her mother’s death, Kate engrossed herself in volunteering for pregnant women as a doula. She revealed that her father and stepmom Mary have been supportive throughout her professional progress. 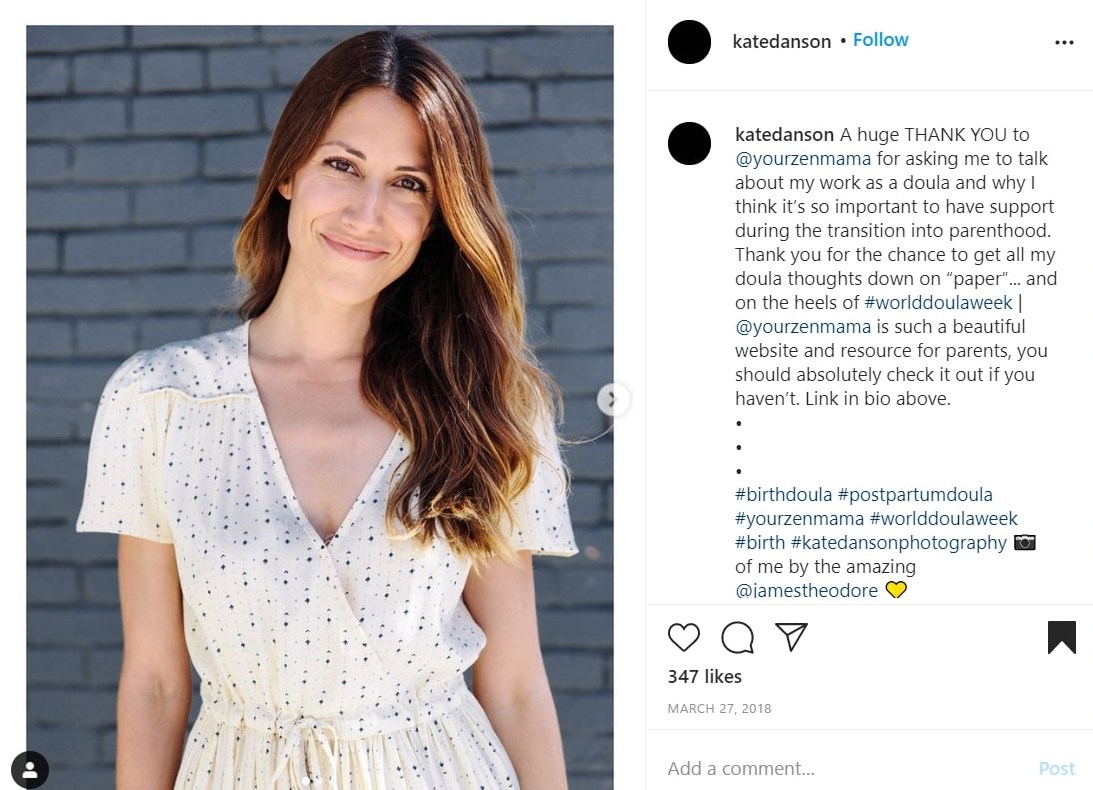 Kate described him as a father who trumped all the other fathers globally and appreciated his devotion to the family. Ted also further complimented Kate on her stance in the show business and inspiring work as a doula. Besides that, Kate loves photography and traveling. However, not much is known about Alexis Danson, the adopted daughter of Ted and Casey. After their divorce in 1993, her custody was won by Casey. She was last spotted in the 1990s with her father when she was an infant. She has ever since stayed away from the limelight as per what has been observed.

After marrying Mary, Ted became the stepfather of Lilly and Charlie, Mary’s children from her marriage to actor Malcolm McDowell. Ted Danson has two grandkids who he is inexplicably fond of. They are Mary’s daughter Lilly’s children, and on several occasions, Danson has publicly expressed his gratitude for these tiny balls of happiness. On ‘The Ellen DeGeneres Show’, he even compared the feeling of being a grandfather with “eating all the desserts in the world and not getting fat”. 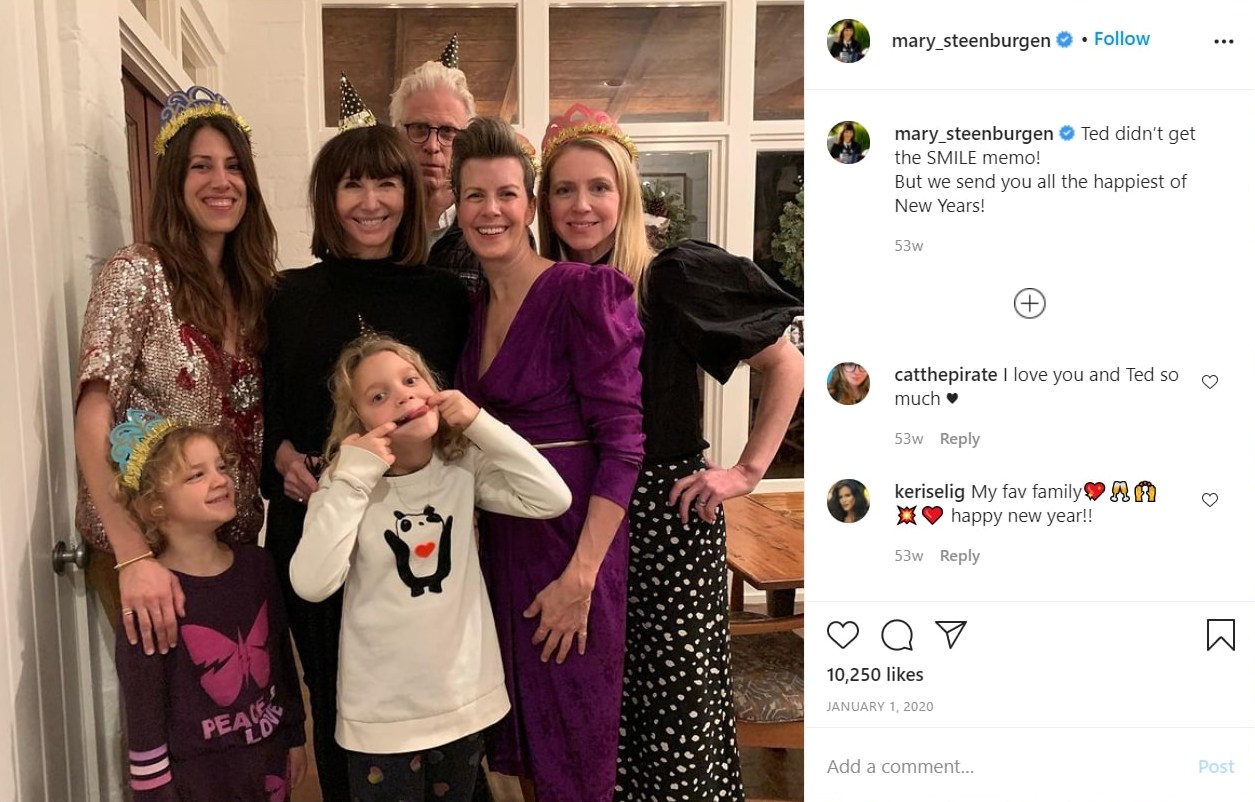