Is The Calling on Netflix, HBO Max, Hulu, or Prime? 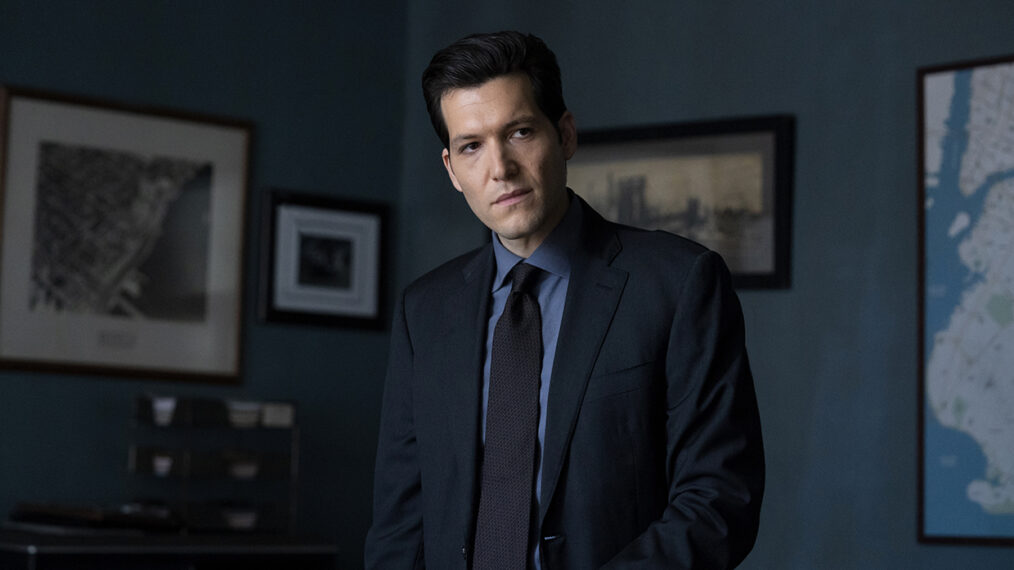 Created by David E. Kelley, ‘The Calling’ (formerly titled ‘The Missing’) is a crime drama series based on Israeli writer Dror A. Mishani’s international bestselling novel titled ‘The Missing File’ or ‘Tik Ne’edar.’ The series centers on spiritual NYPD Detective Avraham Avraham. Using his spirituality as a superpower, the detective attempts to solve cases assigned to him.

The thrilling narrative of the show is doubled with compelling performances by a talented ensemble comprising Jeff Wilbusch, Karen Robinson, Juliana Canfield, Michael Mosley, and Tony Curran, among others. If you are a fan of thrilling detective dramas with great plots and twists, you must be eager to learn more about the show and where to watch it. Well, we have got you covered.

What is The Calling About?

‘The Calling’ centers around Detective Avraham “Avi” Avraham of the New York City Police Department (NYPD) of the 77th precinct, whose investigation method is distinctive from his colleague’s conventional methods. The Jewish detective follows his strong religious and spiritual instincts to investigate the nature of each crime he comes across. On the one hand, Avi is approached by a distressed mother regarding the disappearance of his son; on the other, he is informed that a bag, possibly laden with explosives, is found abandoned at a daycare center.

If that’s not enough, Avi also has to investigate a murder. He believes a crime and the culprit are more complex than what meets the eye. During the course of the investigation, the detective is forced to doubt his conscience and humanity when a typical investigation goes awry. Now, in case you’re interested and can’t wait to savor the crime drama series, here are all the ways you can catch it.

Is The Calling on Netflix?

No, ‘The Calling’ is not a part of Netflix’s wide range of interesting shows and movies. However, you can catch some great alternatives in the crime thriller genre on the platform, such as ‘The Fall,’ ‘Perfume,’ and ‘Mindhunter.’

Is The Calling on Hulu?

Unfortunately for Hulu subscribers, ‘The Calling’ is not streaming on Hulu. Alternatively, you are in for a great treat with the platform’s other crime drama shows, such as ‘NYPD Blue’ and ‘Under the Banner of Heaven.’

Is The Calling on Amazon Prime?

Although Amazon Prime Video does not include ‘The Calling’ in its vast collection of content, the giant streaming platform makes up for it by offering its subscribers other alternatives such as ‘Endeavor’ and ‘Absentia.’

Is The Calling on HBO Max?

HBO Max subscribers will have to search elsewhere for ‘The Calling’ as it is not included in the streamer’s library of movies and TV shows. Don’t let that deter you from exploring the other options HBO Max provides its users. We recommend you to watch ‘Mare of Easttown’ and ‘The Wire’.

Where To Watch The Calling Online?

‘The Calling’ is a Peacock original series and can only be streamed on the platform. If you have a subscription to the streaming service, then you are in luck. You can easily access the show and watch it in the comfort of your home on Peacock’s official website. If you don’t own a subscription yet, we suggest you get one as soon as possible to enjoy a smooth viewing of the crime drama series.

How To Stream The Calling For Free?

As mentioned above, ‘The Calling’ is available to stream exclusively on Peacock. You can watch the show seamlessly by downloading the streaming platform for free and signing up. First-time Peacock subscribers can also watch the show on the platform by opting for the 7-day free trial without paying additional charges. Having said that, we suggest our readers refrain from using illegal means to watch their favorite content and instead pay for the relevant subscriptions.

Read More: Where is The Calling Filmed?