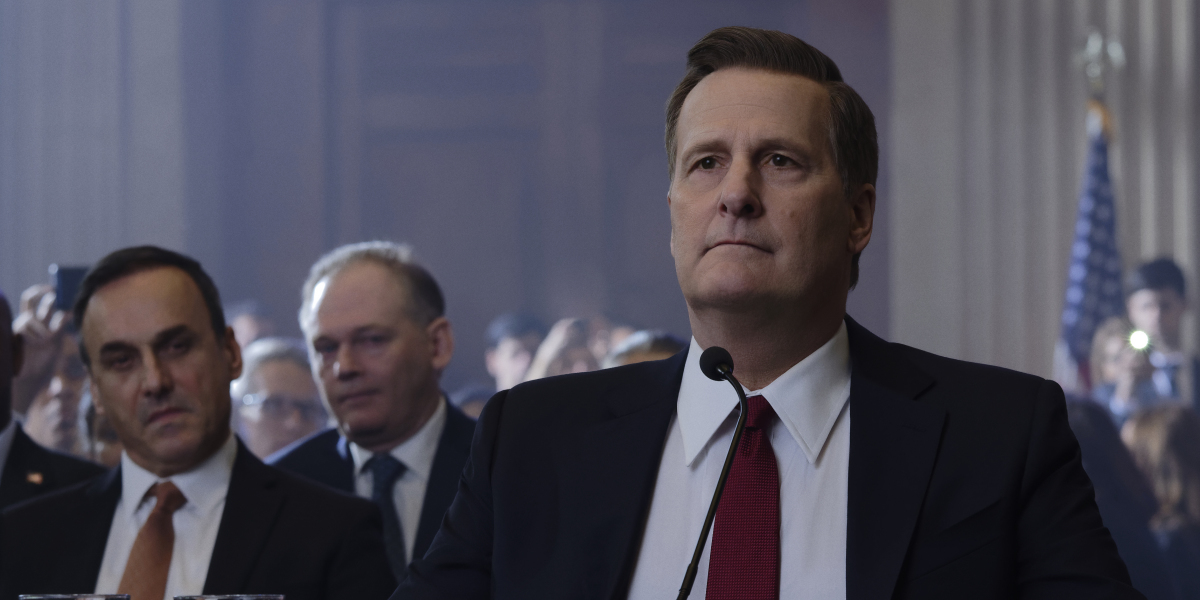 ‘The Comey Rule’ is a political drama set in the White House. The two-part miniseries follows the head of the FBI, James Comey, as he leads two separate investigations into competing high-profile candidates during an election year. The series’ central character subsequently comes under fire from both sides of the political spectrum as he and his team attempt to grapple with the repercussions of their investigation, potentially affecting the election’s outcome.

The narrative also delves into Comey’s interactions with a sitting president as it presents in fascinating detail the intricacies of what goes on behind closed doors in the highest political office of the country. The show has the air of a historical political narrative, but how much of it is true? Let’s take a look at whether ‘The Comey Rule’ is based on a true story.

Yes, ‘The Comey Rule’ is based on a true story. The miniseries, directed by Billy Ray, is based on the 2018 memoir title ‘A Higher Loyalty: Truth, Lies, and Leadership’ by the former FBI director James Comey, who served under President Donald Trump before being publicly fired in May 2017. The book was adapted to screen by Ray, who had multiple meetings with Comey as part of the process.

The narrative delves into the dual investigations that the FBI carried out under Comey’s leadership— one that looked into Hillary Clinton’s emails and the other into potential contact between Donald Trump’s presidential campaign and Russian actors. In reality, Comey came under tremendous pressure from both the left and right sides of the political spectrum for the respective investigations during the 2016 election year.

To prepare the series, Ray spent time in Washington with many of the people that were involved or witnessed the events first hand. Despite his extensive conversations with Comey, who was also allowed to see the script and a few early cuts of the series, Ray talked to those skeptical of the former FBI director. The series’ director threw light on real-life Comey’s role in the making of the show. “We take a lot of shots at that guy, and Comey himself never complained about it. I always felt like we were being very, very truthful,” Ray revealed.

While many people alleged that the show is a “love letter to Comey,” Ray emphasized, “This is not an apology for Comey, this series. This is an examination of decisions that were made in 2016 and 2017 that have changed the world.” The show explores Comey’s time during the Trump presidency and his interactions with the then-president. Widely publicized instances, like their handshake where Trump whispered into the then FBI director’s ear, have been carefully recreated.

Interestingly, the director cast Irish actor Brendan Gleeson to portray Trump as he is said to have liked the idea of someone from outside the American experience lending their point of view on Trump’s character. British actor Kingsley Ben-Adir essaying the role of President Barack Obama possibly had similar reasoning behind it.

‘The Comey Rule’ also makes extensive use of headlines from the politically volatile period it covers, giving the series an even higher sense of reality. It hints at aspects of Russian interference in the elections by depicting two Russians celebrating but doesn’t definitively pin the blame. As with reality, the show is a barrage of convoluted facts that show a profoundly complex and chaotic system at work.

According to Ray, the story of what actually happened need not be embellished by fiction because it was so compelling and dramatic on its own. If properly captured, the director described that the story is one that is harrowing but also oddly hopeful at the end. Being the focal character and the author of the sourcebook, Comey remains at the center of the narrative. Therefore, while the show is based in reality, it also leans on the perspective of one particular individual (Comey). This is something to keep in mind for those watching it to find out what actually happened.