Is The Cursed on Netflix, HBO Max, Hulu, or Prime? 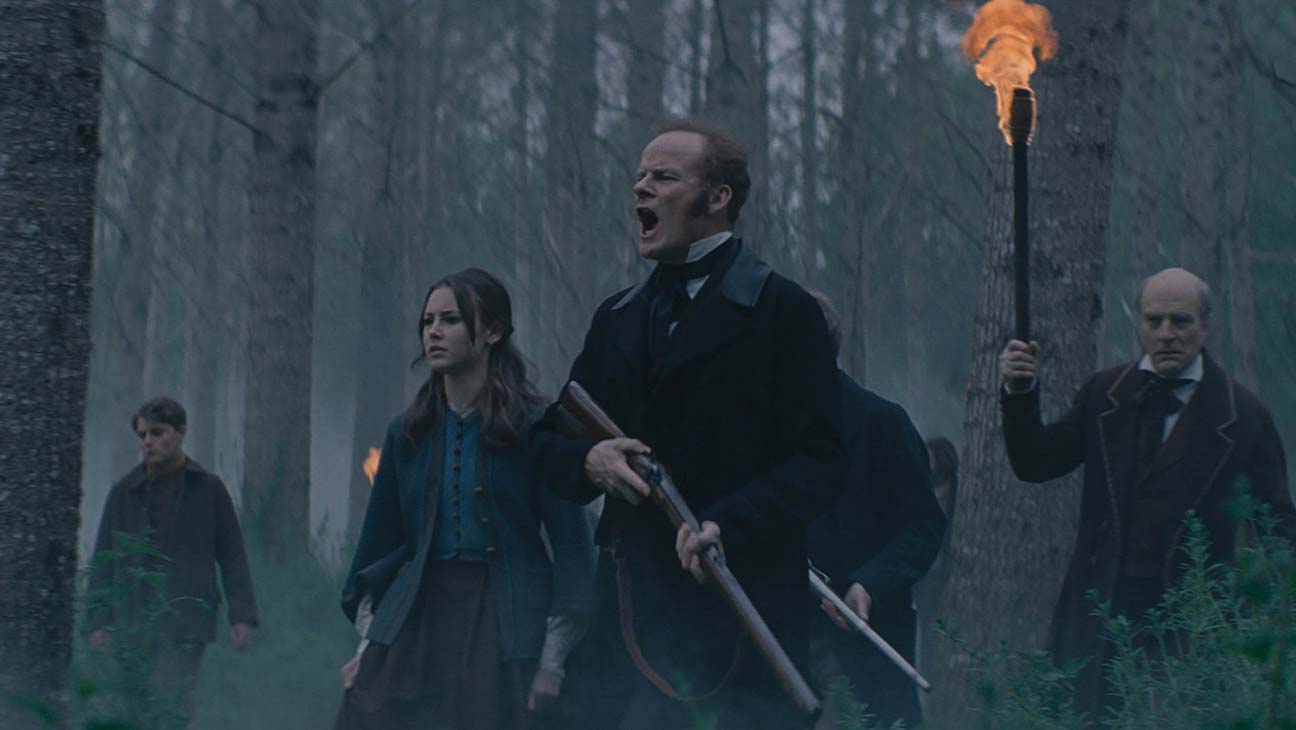 ‘The Cursed’ is a horror mystery movie set in rural 19th century France, where a small village is taken over by the presence of a supernatural and mysterious menace. To investigate the danger and put an end to it, a pathologist visits the village and is forced to meet with some demons of his own as well. Written and directed by Sean Ellis, the film features dramatic performances from Boyd Holbrook, Kelly Reilly, and Alistair Petrie that keep the viewers on the edge of their seats throughout the movie. Are you interested in watching the suspense film and looking for ways to watch it? Don’t worry; we have got you covered!

What is The Cursed About?

By slaughtering a Roma clan in the late 19th century, Seamus Laurent, a cruel land baron, inflicts a curse on his family as well as the entire village. In the coming days, the village is forced to suffer the consequences for the deeds of Seamus as the townspeople are plagued in different ways. Some are seen dealing with nightmares, a boy is found dead in the village, and Seamus’ son Edward goes missing, which is only fair as Seamus is the main culprit for most of the events that unfold in the movie.

The townspeople think that all of these terrible things happening in the village are the doing of a wild animal until the enigmatic pathologist, John McBride, arrives. He doesn’t put the blame on any wild animal but warns the locals of a more sinister presence that might be in the woods. If you are intrigued by the story, why don’t you watch it yourself? We have all the details about where you can stream it online!

Is The Cursed on Netflix?

No, ‘The Cursed’ is not streaming on Netflix at the moment. If you want to watch something similar to it on this platform, you have the option to watch other horror thrillers such as ‘Bird Box’ and ‘Things Heard & Seen’.

Is The Cursed on Hulu?

If you are a Hulu subscriber, you will have to check the availability of ‘The Cursed’ on other streaming platforms because it is not available on Hulu as of now. Instead, you can watch similar movies like ‘No Escape’ and ‘Spell’.

Is The Cursed on Amazon Prime Video?

The horror mystery film is not available on Amazon Prime Video. Furthermore, it is not even available as on-demand content on the platform. So, Prime subscribers can check out other alternatives like ‘Don’t Breathe,’ ‘Candyman,’ and ‘Spiral: From the Book of Saw’.

Is The Cursed on HBO Max?

Unfortunately, ‘The Cursed’ is not accessible for streaming on HBO Max. However, there are several other horror movies on the platform; you may enjoy watching ‘The Empty Man’ and ‘The Conjuring: The Devil Made Me Do It’.

Where to Watch The Cursed Online?

Originally titled ‘Eight For Silver,’ the film released at the 2021 Sundance Film Festival on January 30, 2021, and it got a theatrical release in select cinema halls on February 18, 2022. Thus, you cannot stream or buy on-demand this horror movie on any of the digital platforms yet. If you wish to catch ‘The Cursed’ on the big screen, which is the only way as of now, you can book your tickets on Fandango and AMC Theatres.

How to Stream The Cursed for Free?

Since the film is exclusively released in theaters, ‘The Cursed’ is not available for online streaming yet. Hence, if you want to watch the movie for free, you will need to wait for its availability on any of the subscription platforms. However, we recommend our readers avoid resorting to illegal means to watch any content online for free.