Is Kelly Reilly’s Beth Dutton Leaving Yellowstone? Will She Return in Season 5?

‘Yellowstone‘ season 4 concludes with a spectacular season finale that brings various conflicts to a satisfying climax. Actress Kelly Reilly’s Beth Dutton takes center stage in the finale and delivers devastating blows to the Duttons’ enemies. However, Beth’s actions are set to have dire repercussions on her life in the future. With so many answers yet to come, fans must be wondering whether Reilly will be returning in the next installment as Beth Dutton. If you are looking for some clarification about Reilly’s future on the show, here’s all the information we have gathered in that regard! SPOILERS AHEAD!

What Happens to Beth Dutton in Yellowstone Season 4?

In ‘Yellowstone season 4, Beth survives a blast meant to end her life. After the incident, she becomes determined to fight to save her family’s ranch and intends on punishing those who attacked the Duttons. Beth takes on a new job as the Head of Operations at Market Equities and plots to destroy the company from within. She also grows close to an orphan named Carter.

In the season finale, Beth is fired from Market Equities after she tried to tarnish the company’s image by using the protest led by Summer Higgins to her advantage. Beth eventually learns that Garrett Randall, the biological father of her adopted brother, Jamie Dutton is responsible for the attacks on the Duttons. She convinces Jamie to kill his father and gets her revenge. Beth also marries her lover and fiance, Rip Wheeler.

Is Kelly Reilly’s Beth Dutton Leaving Yellowstone? Will She Return in Season 5?

At the end of ‘Yellowstone’ season 4, it seems like Beth has had the last laugh. She gets her revenge on the person who attacked the Duttons and has incriminating evidence against Jamie, towards whom she has a life-long resentment. However, Beth’s troubles aren’t all in the rearview as she has made a strong enemy in the form of Market Equities CEO Caroline Warner. After learning of Beth’s plot against her company, Caroline fires Beth and threatens her with legal actions. Therefore, Beth will have to deal with a new set of troubles in a potential fifth season. 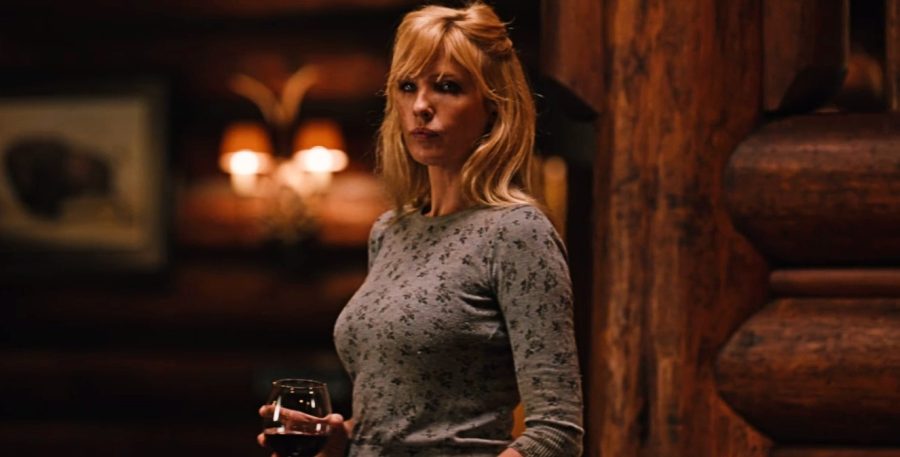 Moreover, her marriage to Rip starts a new chapter in her life, which could pose new problems for Beth. Lastly, Beth’s bond with Carter has also become an essential element of the show, as is her relationship with her father, John. Hence, with so many potential storylines awaiting Beth’s development, it is hard to imagine actress Kelly Reilly who plays the part exiting the series.

Reilly hasn’t made any public statements that would hint at her intention to quit the hit series. The actress is a series regular, and her character is involved in numerous ongoing storylines. Therefore, it is improbable that Reilly will be departing the show between seasons without returning to resolve those storylines. All things said, unless there are any drastic behind-the-scenes changes, we fully expect Kelly Reilly to return as Beth Dutton in the yet unconfirmed fifth season of ‘Yellowstone.’

Read More: Do Beth and Rip Get Married in Yellowstone Season 4 Finale?