The fourth episode of ‘Yellowstone‘ season 4, titled ‘Winning Or Learning’, is a high-voltage drama piece that lives up to the reputation the show has built for itself. In the episode, John asks Kayce to investigate the man named Riggins, who was seemingly hired to kill them. At the same time, Kayce must also test Jamie’s loyalty to the family. The episode ends with a surprising twist that will have major ramifications for Jamie in the coming episodes. Meanwhile, Kayce is forced to make a difficult decision of his own. Here’s everything that happens in ‘Yellowstone’ season 4 episode 4, with a breakdown of its ending! SPOILERS AHEAD!

‘Yellowstone’ season 4 episode 4 is titled ‘Winning or Losing.’ It opens with Jimmy continuing his journey with Travis as the group works at a horse show. Back at the Yellowstone Ranch, John tells Kayce about Riggins and hands him the files he has obtained. He asks his son to speak with Jamie and request an interview with Riggins and his jail records. However, John warns Kayce to be cautious.

Beth has a business meeting with Caroline Warner, the CEO of Market Equities. Caroline threatens Beth with an investigation of market manipulation and insider trading on her activities. That is unless Beth agrees to work for her and sells her the land trust she made for Yellowstone in the name of Schwartz & Meyer. Beth makes a counteroffer by asking for control of Schwartz & Meyer, her former firm who fired her. Kayce arrives at Jamie’s office and tells him about Riggins after being convinced that Jamie is still loyal to John. Jamie agrees to set up an interview and look into Riggins’ jail records, but he must do it by the books.

At the ranch, John reprimands Llyod for trying to take a shortcut at work, leaving him embarrassed in front of the ranch hands. Kayce tells John that Jamie is on their side before leaving the ranch with Monica and Tate. Beth speaks to John about the Market Equities job offer and believes that she can take down the company from within. A fight breaks out between Llyod and Walker at the ranch house. Rip breaks up the fight and then feeds words of cautious motivation to Carter. The episode ends with Jimmy arriving at his destination, the Four Sixes ranch.

In the episode, we get a long-awaited reunion between brothers, Kayce and Jamie. However, Kayce must first confirm that Jamie is still loyal to his family. After getting satisfactory answers from his adopted brother, Kayce tells Jamie to look into Riggins’ past. Jamie agrees to do so after Kayce specifically tells him that John wants Jamie to complete the task. The moment confirms that despite being somewhat estranged from his adoptive father, Jamie is still vying for John’s approval.

A pivotal scene near the episode’s ending builds on this moment and provides a gambit for Jamie. While looking at Riggins’ record, Jamie finds his biological father, Garrett Randall, was cellmates with the man. Thus, the episode hints that Garrett hired Riggins but doesn’t confirm so just yet. The revelation provides a conflict of loyalties to Jamie, and his next step will be very crucial. It will be interesting to see if he decides to hide this information to protect his biological father or digs into the matter bound by loyalty to his adoptive father. It is highly likely that Garrett hired Higgins and could manipulate Jamie into siding with him. After all, he has already expressed a dislike for the Duttons before.

Where Do Kayce, Monica, and Tate Go?

In the previous episode, things come to a boiling point between Monica and Kayce over their living situation. Since moving to the ranch, Monica has seen her son, Tate, constantly fall into harm’s way. Moreover, the family’s life is embroiled in the ranch’s never-ending conflicts. In the fourth season premiere, Tate is forced to shoot an attacker to save his mom. The incident leaves Tate traumatized. Monica expresses that she resents Kayce for bringing them to the ranch. Therefore, in the fourth episode, Kayce tries to rectify his mistake by taking Monica and Tate away from the ranch. 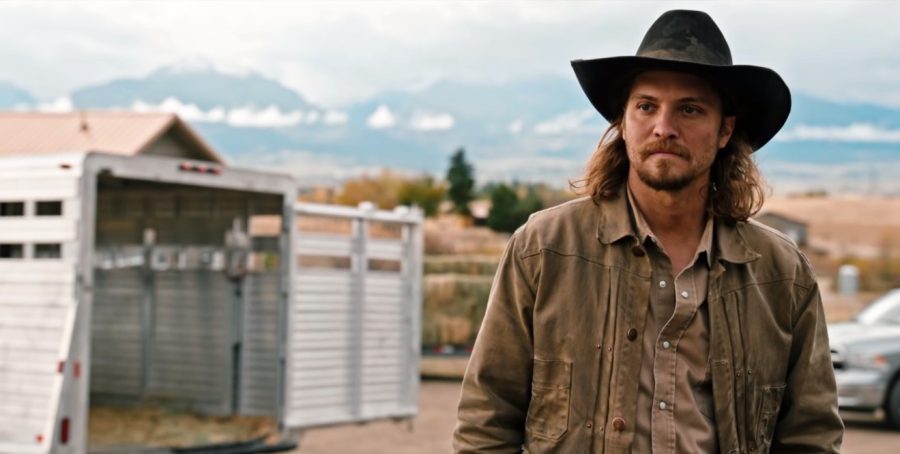 The family heads out to live with Monica’s parents for a few days. Kayce feels that the change of scenery will help Tate deal with his trauma, and it earns him some goodwill from Monica after their fight. Although he tells John that he will be back in a couple of days, he mentions to Monica that they will be looking for their own place. Therefore, it is unclear whether Kayce will return to the ranch. Kayce’s decision also forces John to reflect on how his children are forced to leave the ranch to find peace. Hence, it will be interesting to see how the Dutoon patriarch will react if Kayce permanently leaves the ranch. ‘Yellowstone’ season 4 episode 4 is now streaming on Paramount’s official website and the Paramount Network app.