The fourth season of ‘Yellowstone‘ continues delivering the right balance of gritty action and heartfelt emotion with an enjoyable third episode. In the episode, John Dutton has one thing and only one thing on his mind: revenge. However, the episode goes on to highlight how John’s actions are a necessary evil in protecting his family and land.

There are also plenty of other exciting developments in the episode, including a tearful farewell to a fan-favorite character. Without wasting any more time, allow us to break down the events and ending of ‘Yellowstone’ season 4 episode 3. SPOILERS AHEAD!

The third episode, titled ‘All I See is You,’ opens with John sipping some whiskey while his men take out the militia that attacked the Dutton family and their ranch. Kayce and Rip lead the charge as the men kill all the members of the gang. The following day, work resumes as usual at the ranch as Carter begins to get accustomed to his new role. At work, local rancher Emmett asks for Kayce’s help in dealing with his neighbor, Ralph Peterson. Ralph has set up cattle guards on his property, blocking Emmett’s cattle from accessing the easement.

At the ranch, Mia breaks up with Jimmy, who struggles to accept John’s decision to send him away. John insists what Jimmy sees as a punishment is actually an opportunity, and Jimmy can return to the Yellowstone Ranch once he has grown up. Beth arrives at the ranch and wishes to take Carter shopping. Rip insists Carter must work, but Beth gets her way. However, at the shopping mall, Carter goes against Beth’s wishes, and it creates a scene. Beth is dismayed and leaves, but Carter apologizes to her. Kayce arrives at the Peterson Ranch and teaches Ralph a lesson by tossing him into a hole under his own cattle guard.

Beth returns home and has a drink with Rip. She admits that Rip was right in taking a tough-love approach towards Carter. Rip admits that Carter can become a fine man but insists he will never be their son. Beth responds by saying Rip will eventually resent her for not being able to have children of her own. At home, Kayce deals with a traumatized Tate and fearful Monica. However, it is evident that Monica is beginning to resent Kayce for bringing her and Tate to his family’s ranch. Rainwater calls John and hands over Checkers, the man who helped organize the hit on the Duttons.

Yellowstone Season 4 Episode 3 Ending: Is Checkers Dead? Who Is Riggins?

While the episode does not reveal the identity of the person who ordered the hit on the Duttons, it does provide a major clue. From Rainwater, John learns that a man named Riggins executed the hit with Checkers’ help. John does not recognize the man’s picture, and more surprisingly, Riggins has been in jail for quite some time now. Checkers reveals that he helped organize the militia on Riggins’ behalf. Riggins himself was working on someone else’s orders. However, Checkers is unaware of the mastermind’s identity. Therefore, he is no longer of use to John, who decides to kill Checkers.

In the end, John puts himself and Checkers in an old-fashioned shoot-out to give the man a legitimate and fair opportunity to save his life. However, Checkers is no match to the Dutton patriarch’s gunslinging skills and perishes. The episode’s ending highlights that John maintains his honor and morals even when he must kill someone. In stark contrast to the episode’s opening, John does his bidding himself, proving that he is not afraid to get his hands dirty when required despite his advancing age.

Where Does Jimmy Go?

In the previous episode, we learn that John is sending Jimmy away. However, we do not get an exact confirmation of his destination until much later in the third episode. After recovering from his back injury, John decides to ship-off Jimmy to Texas. The decision creates a schism between Mia and Jimmy, leading to their breakup. Jimmy’s desire to become a rodeo cowboy comes with its fair share of risks, and John recognizes that. Therefore, he is sending Jimmy to the Four Sixes Ranch (aka 6666 Ranch). 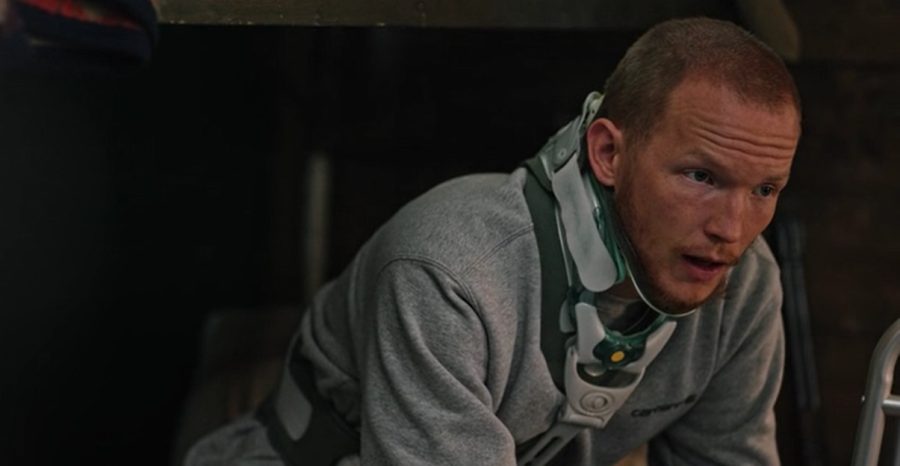 In the episode, we also learn that the Texas-based ranch has a reputation for being tough, and Jimmy’s fellow ranch hands seem to think that he won’t even last for a week among some of the best cowboys in the country. Only time will tell whether Jimmy succeeds in his new surroundings, but before he gets there, Jimmy has a different task at hand. He must stick with Travis’ team and must find a way to make himself useful as they head to a horse show.