The second episode of ‘Yellowstone‘ is a much quieter affair in comparison to its predecessor. Nonetheless, it offers a plethora of peaceful interactions between the characters that set up the season-long arcs for the Dutton family. As a result, it is a fresh change of pace for the Duttons, who are only just starting to recover from the life-threatening attacks. The episode marks new beginnings for some characters, and we are sure viewers wish to know how they will affect the Dutton family’s future. Here’s everything you need to know about the ending of ‘Yellowstone’ season 4 episode 2! SPOILERS AHEAD!

The second episode of ‘Yellowstone’ season 4 (titled ‘Phantom Pain’) opens on a regular morning at the Yellowstone Ranch as John gets on a horse and sets out to a nearby hot spring to help with his recovery. Kayce follows John and arrives at the hot spring. He joins his father, and the duo discusses whether Jamie could have ordered the hit. Irrespective of that, John instructs Kayce to find the rest of the members of the militia that attacked them and kill them.

Elsewhere, Jamie is in the process of purchasing a ranch in the Yellowstone area and discusses the deal with his biological father, Garrett. On Market Equities’ land, workers find dead bodies of Native Americans from the Broken Rock Reservation. Caroline Warner, the Chairperson of Market Equities, arrives to deal with the situation. To navigate the hold-up on her company’s construction site, Caroline promises Rainwater she will allow construction of his casino to proceed if he co-operates. An agreement is reached between the two.

Meanwhile, Beth learns that she has been fired from her job. She is approached by police, who have a kid in their custody. The kid, Carter (with whom Beth bonded in the previous episode), claims Beth is his guardian. Beth decides to bring Carter home for the time being. Carter and Rip do not get along at first, but the tough cowboy warms up to the kid. Carter gets the job of a stall cleaner and remains on the ranch. The episode ends with John meeting Carter and lending him some motivation for life at the ranch.

In the episode, we see first Beth and then Rip warming up to Carter. Carter is a kid who met Beth at the hospital. His father has passed away, and the kid is left without any adult supervision. Beth indicates in the previous episode that sooner or later, he will turn to crime, and that proves true in the second episode itself. While Carter is not going anywhere anytime soon, it remains to be seen whether Beth and Rip will officially adopt him. 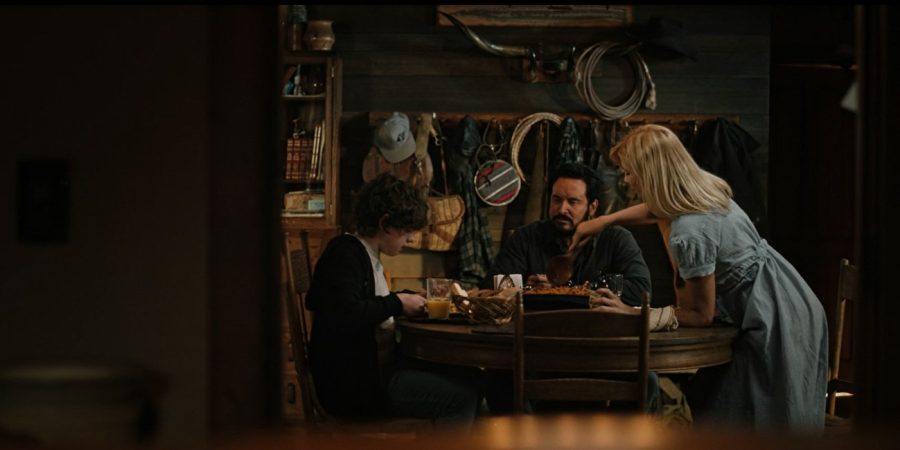 We know that Beth cannot bear children but wants to start her own family with Rip. However, Rip isn’t aware that Beth cannot get pregnant. Adopting Carter could prove to be the best solution for all three parties. Interestingly, Carter becoming an adopted Dutton will give him similar shades as Jamie. He could also become a rival to Tate, with the two becoming the future of Yellowstone’s legacy. Therefore, Carter will undoubtedly be an exciting addition to the Dutton family.

Did Jamie Attack the Duttons?

To say that Jamie hasn’t been on the same terms with his adopted family since finding out about his birth father would be an understatement. Beth already holds resentment towards him, and his actions in the past have brought him the ire of John as well. Nonetheless, Jamie has proved he is loyal to the family countless times and only wishes for John to acknowledge him. As tragic as Jamie’s arc is in the light of the recent attacks on the Duttons, it poses the question of whether Jamie would go as far as to have his family killed.

Beth certainly seems to think so, while Kayce feels Jamie is still loyal to the Duttons. John asks Kayce to get a warrant from Jamie to hunt down the remaining militia members who attacked his family. If Jamie refuses, it will be clear where he stands in terms of loyalty. While John’s plan is sound, it still doesn’t prove that Jamie is responsible for the attacks. Thus, it is clear that most of the season will examine whether Jamie is truly capable of killing the family who raised him. For now, all we know is Jamie will no longer look out for his family ahead of his own interests.