Does Jimmy Die on Yellowstone? Where Does John Send Him?

‘Yellowstone‘ is filled with a variety of unique and exciting characters who have continued to win over the audience’s hearts with their tough natures and gritty determination. Of course, the Dutton family members are the focus of the show, but the ranch hands at the Yellowstone Ranch also get their moments to shine from time to time.

One such character is the fan-favorite Jimmy Hurdstrom (Jefferson White), who has become an integral part of John Dutton’s crew. However, in the third season’s finale, Jimmy’s actions deliver him straight to the doorsteps of death, and fans must be wondering what happens to the wannabe cowboy. Here’s everything you need to know about Jimmy’s fate on ‘Yellowstone.’

Does Jimmy Die on Yellowstone?

Jimmy Hurdstrom is introduced as a ranch hand at the Yellowstone Ranch in the show’s first season. His family has a history with John Dutton resulting in him getting a job at the ranch. Jimmy is a wise, hardworking, and easy-going member of the ranch crew who wishes to become a professional bronc rider someday. However, the cowboy gig comes with its fair share of dangers, and Jimmy gets into an accident because of it. John makes Jimmy promise that he will no longer try his hand at the rodeo following the accident.

Jimmy ends up breaking that promise in the third season finale resulting in another accident. In the fourth season premiere, Jimmy is found unconscious and is quickly taken to the hospital. Although Jimmy survives the accident, he is severely injured and suffers multiple fractures. He later begins to receive physical therapy but is nowhere near recovered from the accident. Nonetheless, fans will still be happy to see the rancher alive and well.

Where Does John Send Jimmy?

After getting discharged from the hospital, Jimmy returns to the ranch only to learn from John that his future lies elsewhere. In the second episode of season 4, titled ‘Phantom Pain,’ John reprimands Jimmy for breaking his promise. The Dutton patriarch reminds the young rancher of the consequences of failing to keep his word. Jimmy is fearful that John is firing him from the ranch, but John reassures him that isn’t the case. 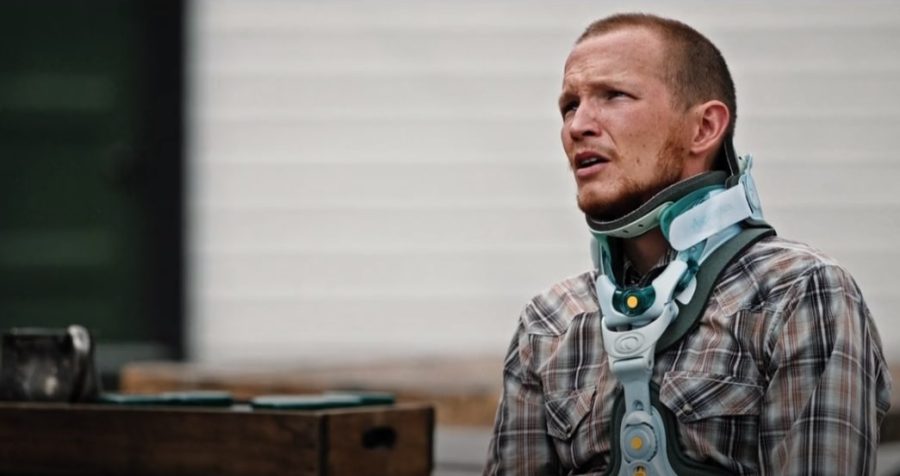 Since John made a promise to Jimmy’s grandfather to look after Jimmy, he calls in a favor. As Jimmy isn’t willing to let go of his dream to become a rodeo cowboy, John is sending him away. Rip reaffirms the same, saying that Jimmy is being sent to the place where cowboys are made, i.e., Texas.

Although it isn’t explicitly stated, it is clear that Jimmy is headed for the 6666 ranch in Texas, known for producing great cowboys. The Texas-based ranch is set to be the focus of a spin-off series titled ‘6666,’ which is currently in development. It is also likely to feature in the upcoming episodes of season 4. Therefore, it would be no surprise if Jimmy ends up at 6666 and begins to take the first steps towards achieving his life-long dream.

The decision is bittersweet as Jimmy considers Yellowstone his home. Thus, John is able to punish Jimmy while also making a decision that is in Jimmy’s best interest. However, it remains to be seen whether cast member Jefferson White, who essays the role of Jimmy, leaves ‘Yellowstone’ for a starring birth on the spin-off show.