Why Does Beth Hate Jamie on Yellowstone?

‘Yellowstone‘ offers a myriad of complex and compelling family dynamics through the Dutton family members who are the focus of the show. The Duttons present a united front to whoever lays an eye on their family members and property, the Yellowstone Ranch. However, like any family, they are privy to disagreements among themselves.

One of the most contentious relationships on the show is between siblings Beth and Jamie Dutton, who often butt heads with one another. Their differences run far deeper than average sibling rivalry, and there’s a startling story behind the state of the brother and sister’s relationship. Allow us to break down the reasons behind Beth and Jamie’s rivalry and the former’s hate towards the latter.

What Happens Between Jamie and Beth?

Jaime and Beth have had a complicated relationship on ‘Yellowstone’ since the very first season. Initially, it appears that their differences stem from their contrasting personalities. After all, it is but natural for siblings to have a rivalry with one another. Beth is extremely close to their father, John, while Jamie is vying for his father’s recognition. Therefore, it is easy to see why the brother-sister duo does not see eye to eye. 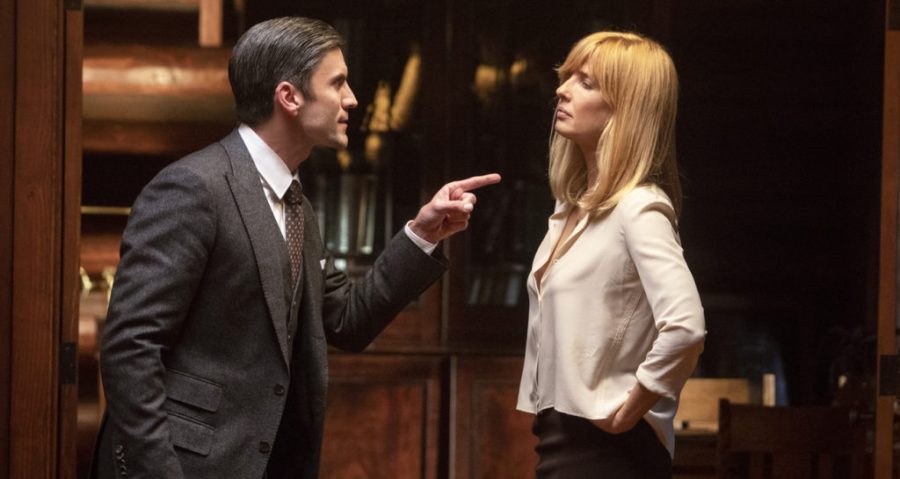 However, that isn’t the complete truth about the contentious relationship, and the real reason is revealed in the third season at long last. In a flashback from season 3 episode 5, titled ‘Cowboys and Dreamers,’ we learn that Jamie and Beth did get along quite well when they were younger. However, when Beth was 15, she got pregnant and turned to Jamie for help. The decision Jamie takes under the circumstances leads to him being the subject of lifelong hatred from his sister.

Why Does Beth Hate Jamie?

Beth seems to think that Jamie is cruel and selfish. She constantly directs insults at him, even going so far as to tell him to kill himself in one episode. Therefore, Beth’s disdain for her brother is apparent, but the foundation of these feelings remains unclear until the previously mentioned episode. In the flashback, Jamie agrees to help Beth get an abortion while also keeping it a secret from their father and the other members of the Yellowstone ranch. He drives Beth to a clinic on the Native American reservation as it would be risky to take her to any other health center.

However, the staff at the clinic informs Jamie that the only way they can conduct an abortion is by sterilization. Jamie agrees to it without revealing the truth to Beth. Beth later finds out that she has become infertile due to Jamie’s decision. She is heartbroken by the fact that she can never bear children, which continues to affect Beth to this very day. Beth resents Jamie for what he did to her, and over time, Jamie’s apparent inability to accept his wrongdoing turns that resentment into hate.

After learning about the siblings’ history, it is clear to see why Beth distrusts Jamie and sees him as a selfish person. Beth’s hatred towards Jamie takes a new turn when she assumes that Jamie ordered the coordinated attacks on the Duttons. She promises to kill Jamie if that indeed turns out to be the case. We will have to wait and see whether Beth’s allegations have any truth to them. Nonetheless, the differences between the siblings seem to be irreconcilable.