Is The Duchess a True Story? 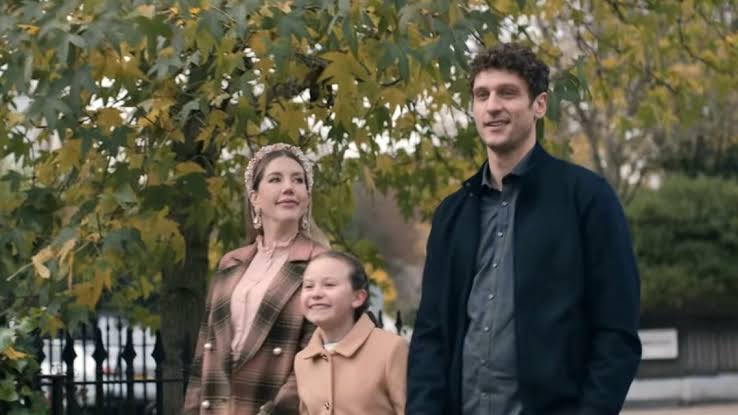 ‘The Duchess’, starring, written and produced by popular Canadian comedian, Katherine Ryan, recently graced viewers’ screens on 11 September, 2020. Katherine Ryan, in a character named after herself, plays a single mother with a flair for the disruptive and narcissistic. In the recently-released series from Netflix, Ryan’s character shares a rocky relationship with her ex-husband and ex-boyband member, Shep, but co-parents daughter Olive with him.

Is The Duchess based on a true story?

The Duchess’ is not based on a true story, but Ryan revealed in an interview that her stage persona has helped shape, in more ways than one, her reel-life character in the series. The character almost serves as an alter ego to the real-life Ryan.

Ryan’s relationship with her 11-year-old daughter, Violet, was a source of inspiration while developing ‘The Duchess.’ À la her character, Ryan considers herself ‘a really nasty performer’, but is also someone who has succeeded in raising a wonderfully mature and thoughtful child. The juxtapositioning of this ends up forming the crux of the show. Ryan’s fashion-forward character in ‘The Duchess’ is also an extension of her real-life personality. To that effect, Ryan reveals, “I love fashion; it’s an extension of art and I love playing with stereotypes and expectations. I love beautiful jewelry and dresses, but I’m still provocative and disruptive.” Ryan’s decision to make her character out to be a fashionista was a conscious effort on her part to depict how single-mothers defy the age-old cinematic cliché of being and looking ‘damaged.’

Of course, for heightened comedic effect, several scenes from ‘The Duchess’ were fictionalized and aren’t actually borrowed from Ryan’s life and relationships. Although Ryan herself is happily married, she also based select aspects of her character on the single-mothers in her life. Modeled on them, Ryan portrays her character as extremely comfortable and content in her role as a single mother.

Ryan drew inspiration from her own parents’ divorce, too, while developing the relationship between her character and that of Shep’s. In the series, Ryan and ex-husband Shep are often shown to be at war with each other and continually engage in mud-slinging. Yet, the two put aside their perpetual squabbling to present a common front for their daughter. At just 15 years old, the real-life Ryan also endured the ‘turbulent divorce’ of her parents. Says Ryan, “I was a lot older than Olive – I was 15. But they didn’t have a good word to say about each other, and I do wish they’d put their differences aside. I think it’s so important to prioritize the well-being of your child. I feel passionate about that.”

At the other end of the spectrum, while Shep’s character is not based on a particular person in Ryan’s life, it also takes root in reality. When Ryan first landed in the UK, she was met with a ‘saturation of boy bands.’ The idea for Shep’s character was born out of the desire to explore how a boy band member’s life would unfold after his peak years of fame.

Read More: Where Is Netflix’s The Duchess Filmed?