Is The Goldbergs on Netflix, Hulu, Prime, or HBO Max? 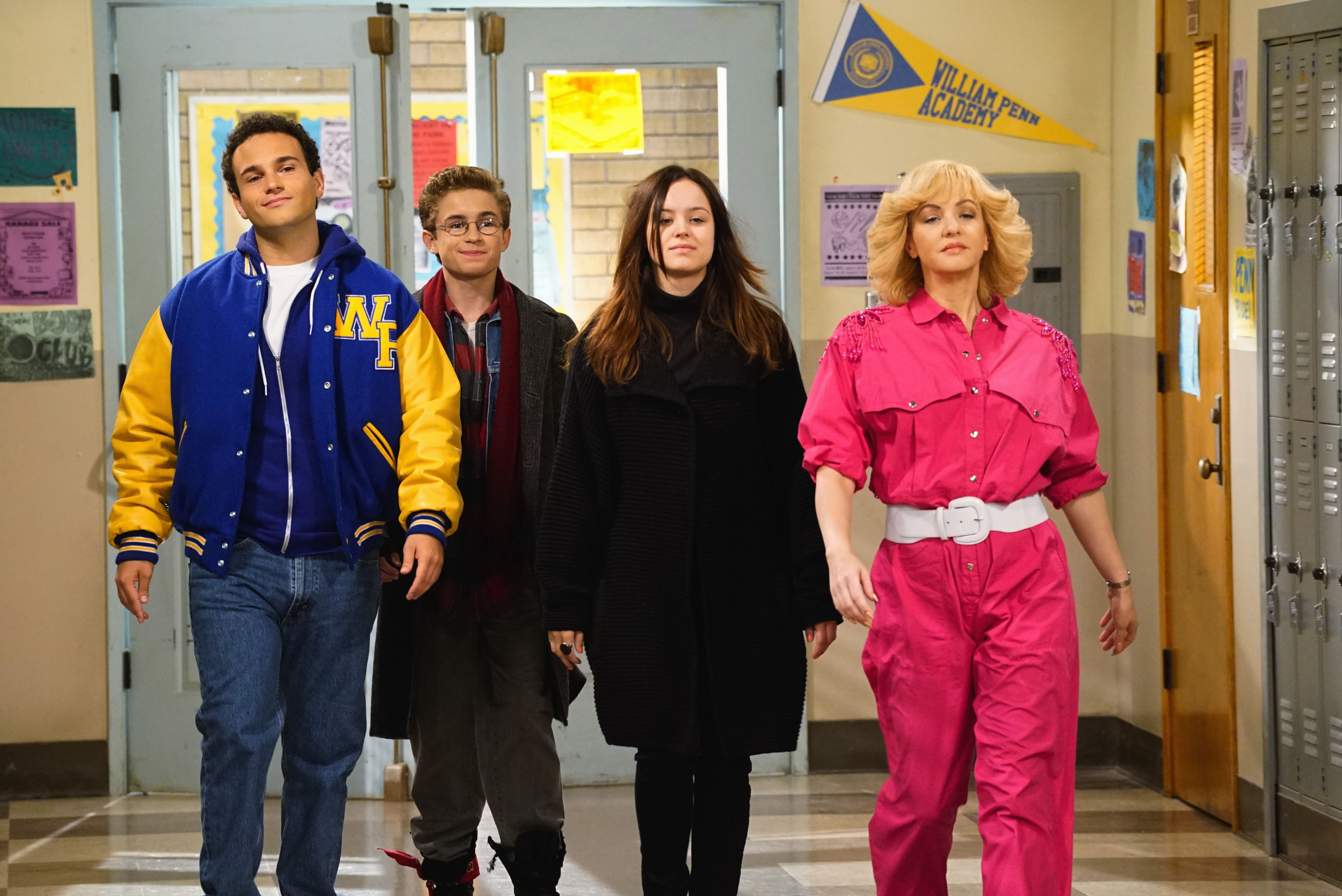 Starring Wendi McLendon-Covey, Sean Giambrone, Troy Gentile, Hayley Orrantia, and George Segal, ‘The Goldbergs‘ is a period sitcom that captures the chaotic life of the titular family. The show takes viewers to the 80s, in the pre-internet era, and typically revolves around the eccentric family’s day-to-day experiences that are documented by the 11-year-old future director and youngest member of the family, Adam. The showrunner, Adam F. Goldberg, has created the show based on his childhood experiences by exploring themes like teenage anxieties and parental conflicts. In case you are looking for more information about its premise or streaming details, then you can rest assured. We have got you covered!

What is The Goldbergs About?

Adam is an 11-year-old camera-toting troublemaker who documents the crazy life of his eccentric family. Beverly, the family matriarch, is overprotective like most mothers but her lack of boundaries always annoys Adam’s older brother Barry and 17-year-old sister Erica. While the former is struggling with the middle-child syndrome, the latter has grown up to become a strong and open-minded younger adult who never hesitates to speak her mind. Unfortunately, Adam’s father Murray is still trying to parent without screaming, but the beloved grandfather Albert “Pops” Solomon has formed a great bond with the three siblings. The chaotic life of the Goldbergs in its highly dramatized and humorous manner captures the 80s era with countless popular culture and other references of the time. If you too wish to join their crazy journey, then here’s all the streaming information you will need.

Is The Goldbergs on Netflix?

Netflix subscribers will have to find other alternatives to stream ‘The Goldbergs,’ as it is not included in its current catalog. However, we recommend our readers alternatively stream ‘Master of None.‘

Is The Goldbergs on Hulu?

You can watch ‘The Goldbergs’ as soon as it premieres on Hulu + Live TV. People with a basic subscription need not feel disappointed. They can stream the generational comedy series here.

Is The Goldbergs on Amazon Prime?

‘The Goldbergs’ is not included in Amazon Prime’s current catalog. However, viewers can still purchase their favorite episodes and seasons here.

Is The Goldbergs on HBO Max?

HBO Max subscribers who are looking for the period sitcom on the platform are going to be disappointed since ‘The Goldbergs’ is not part of its current catalog. But one can still alternatively stream ‘The Middle‘ or ‘Happy Endings.’

Where to Watch The Goldbergs Online?

You can watch the latest episodes of ‘The Goldbergs’ on ABC’s official website. Fans who wish to watch the show as soon as it premieres can use live TV streaming platforms such as SlingTV, Vidgo, FuboTV, Philo, YouTubeTV, and DirecTV. One can also check for the availability of the latest installment and watch previous seasons on VOD platforms such as Google Play, Microsoft Store, Vudu, YouTube, Redbox, and iTunes. AppleTV and Xfinity are also some streaming platforms with ‘The Goldbergs’ in their catalog.

How to Stream The Goldbergs for Free?

Cord-cutters looking for ways to watch the generational comedy for free are in luck because they can use the free trial period offered by AppleTV, Hulu, Hulu + Live TV, DirecTV, Philo, YouTubeTV and FuboTV to stream their favorite episodes free of cost. However, we encourage our readers to refrain from using any illegal means and always watch their favorite shows only after paying for them.