Is The Grinch on Netflix, Hulu, Prime, HBO Max, or Disney+? 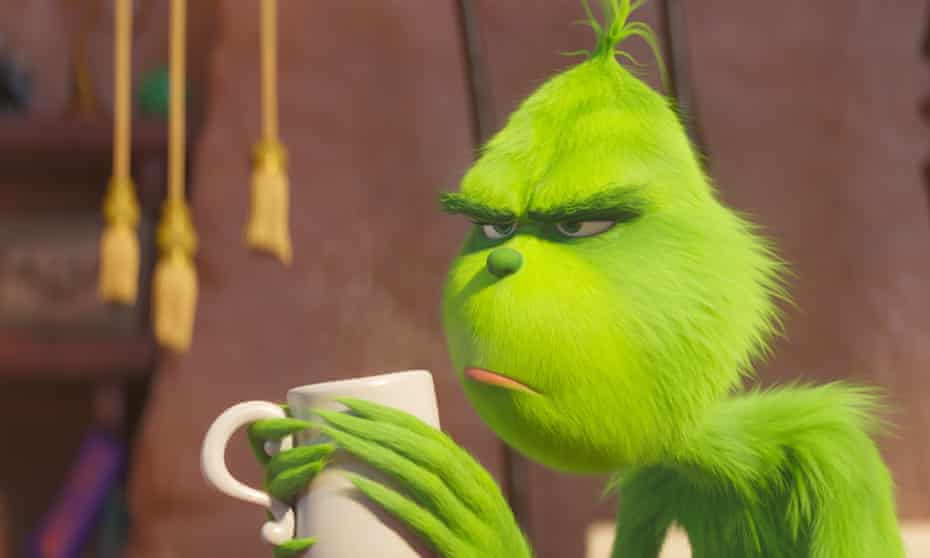 ‘The Grinch’ is a computer-generated fantasy Christmas movie based on a children’s story written by Dr. Seuss. The film follows the eponymous protagonist and his loyal dog Max who live on the top of Mount Crumpit, isolated from the fictional city of Whoville. The inhabitants of the city are welcoming and friendly, but Grinch has never managed to connect with them even on Christmas holidays because of tragic childhood memories that continue to affect him to this day.

When he unexpectedly crosses paths with a six-year-old girl, the life of the bad-tempered protagonist takes a surprising turn as he learns about empathy, sharing, and love. Looking to watch a Christmas film? ‘The Grinch’ might just be the right choice, here’s everything you need to know about it.

What is The Grinch About?

The human-like creatures known as the Whos live in the fictional town of Whoville and are known for their Christmas celebration. While the entire city is preoccupied with holiday preparations, Grinch, a green-furred bad-tempered creature who lives on the top of Mount Crumpit, abhors the social function and finds it redundant. His hatred for the festival stems from bad childhood memories that continue to haunt him to this day. He lives alone with his loyal pet dog Max and usually remains isolated from the people of Whoville. When one day he visits the town, the green-furred creatures encounter a six-year-old named Cindy-Lou, whose mother works too hard to raise her and her twin infant brothers, Buster and Bean.

Disappointed to see her struggle for them, she makes a request to Santa, but the bad-tempered Grinch calls her greedy for her wishful thinking. He even mocks her sarcastically by pointing out that she will have to meet Santa in person to fulfill her demands. Completely misunderstanding him, Cindy sets out to meet Santa with the help of his friends. In order to find out how the story unfolds, you will have to watch ‘The Grinch.’ Here’s how you can do that.

Is The Grinch on Netflix?

People who are looking for ‘The Grinch’ on the streaming giant will be disappointed since it is not accessible on the platform. Netflix subscribers can instead stream ‘Angela’s Christmas.’

Is The Grinch on Hulu?

Hulu’s current catalog of movies does not include ‘The Grinch.’ People who have a subscription to the streamer can watch ‘12 Dog Days Till Christmas‘ or ‘My Dad is Scrooge.’

Is The Grinch on Amazon Prime?

The computer-animated Christmas fantasy film is not part of Amazon Prime’s current offerings. But you can rent the movie here for $3.99 or purchase it for $14.99.

Is The Grinch on HBO Max?

Since ‘The Grinch’ is not accessible on HBO Max, we recommend our readers alternatively stream ‘The Polar Express’ or ‘A Christmas Story.’

Is The Grinch on Disney+?

Disney+ has an extensive catalog of animated movies that are worth watching, but it does not include ‘The Grinch.’ Viewers looking for somewhat similar movies can watch ‘Mickey’s Once Upon a Christmas.’

Where to Watch The Grinch Online?

The Scott Mosier and Yarrow Cheney directorial is accessible for streaming on VOD platforms like Play  Store, Microsoft Store, iTunes, YouTube, and Vudu. You can also watch the film on DirecTV, Spectrum, and Xfinity.

How to Stream The Grinch for Free?

DirecTV comes with a 7-day free trial for first-time subscribers. So, people who wish to watch the film free of charge can head to the platform. However, we encourage our readers to refrain from illegal means and watch their favorite movies and shows online only after paying for them.