Is The Humans on Netflix, HBO Max, Hulu, or Prime? 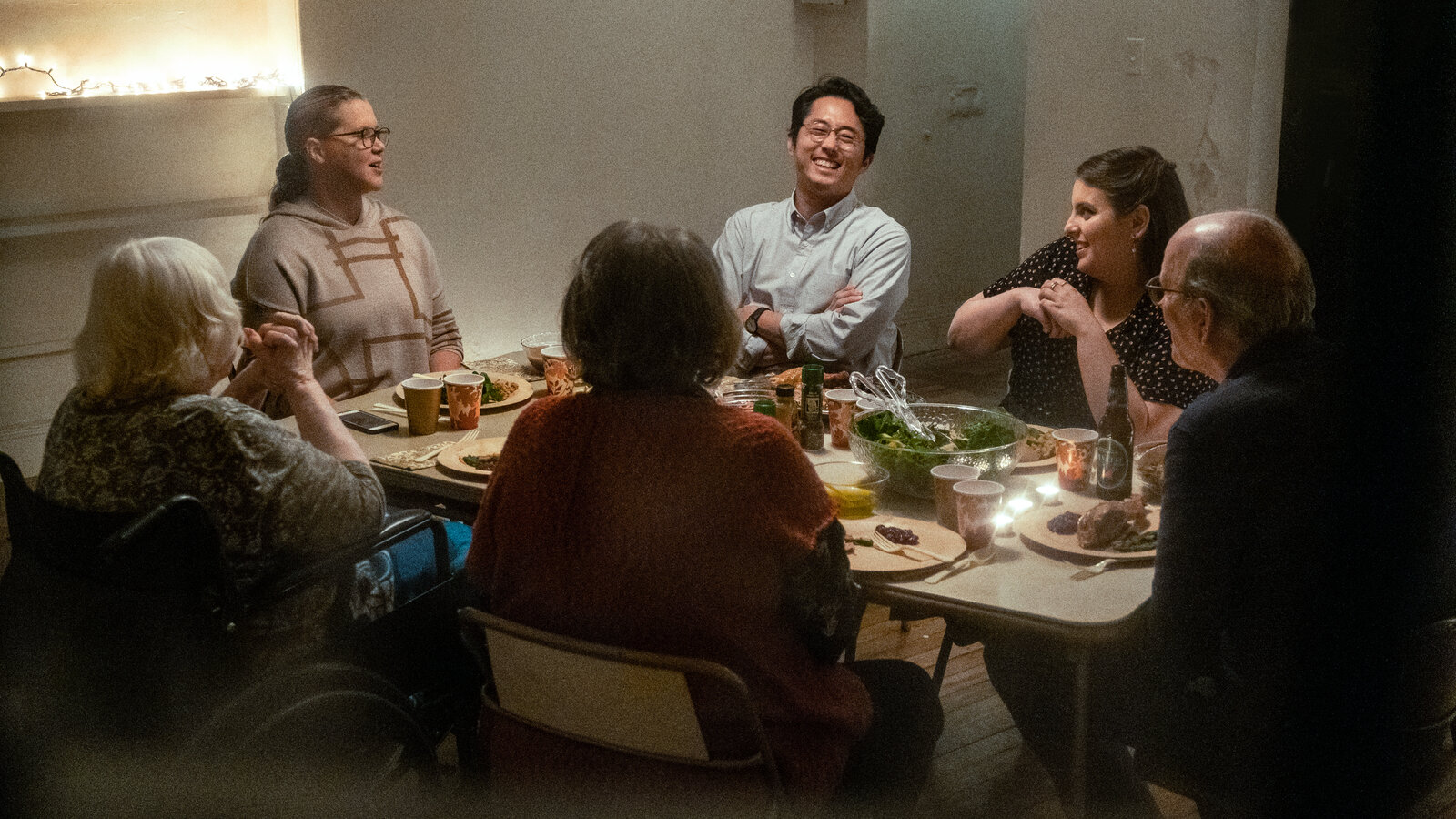 Written and directed by Stephen Karam, ‘The Humans’ is a drama film that is adapted from his Tony Award-winning play of the same name. The movie stars Jayne Houdyshell, Amy Schumer, Richard Jenkins, Steven Yeun, Beanie Feldstein, and June Squibb. It follows the Blakes as they come together to celebrate Thanksgiving. As time passes by, their interactions begin to get tenser and tenser. The film is primarily set inside a pre-war apartment in New York City. The mystery that surrounds the drama is enough to get anyone hooked. So, we understand why you are curious to know more about the film. Well, here is everything we can share with you!

What is The Humans About?

In the film, three generations of the Blake family gather at Brigid – an aspiring musician – and her boyfriend Richard’s apartment in Manhattan. Brigid’s parents are Deirdre and Erik. While Deirdre is a religious woman and a caring wife, Erik is possibly still dealing with the trauma of 9/11, where he almost lost his life. He was accompanying their other daughter Aimee for a professional appointment when the terrorist attacks took place. Now, Aimee is a corporate lawyer but has a lot to deal with personally, owing to her health issues and recent heartbreak.

Then there is also Aimee and Brigid’s grandmother Momo, who lives with dementia. As the day comes to close, mysterious goings-on outside the house trigger the fears of the family members. But each of them responds very differently to what they think is happening, and layers begin to peel off as they genuinely become vulnerable with each other. Since you are eager to watch the film, here is all the information you may find helpful.

Is The Humans on Netflix?

Unfortunately, ‘The Humans’ is not a part of Netflix’s long list of offerings. On the other hand, we have a few recommendations for drama films that you might enjoy, such as ‘A Marriage Story‘ and ‘Malcolm & Marie.’ Similar to the Amy Schumer-starrer, the core theme of both films is relationships.

Is The Humans on Hulu?

If you are looking to watch ‘The Humans’ on Hulu, you will be disappointed as the movie is not available on the streamer. However, you might enjoy some thriller dramas that are pegged around the concept of family in one way or another. They are ‘Gone Girl’ and ‘Prisoners.’

Is The Humans on Amazon Prime Video?

Amazon Prime Video subscribers may be able to watch ‘The Humans’ by accessing it through Showtime. To know more about this option, click here. In addition, you might like to watch drama films such as ‘Atonement’ and ‘It’s Complicated.’ Here we would like to point out that the latter film has a more comic touch.

Is The Humans on HBO Max?

Since ‘The Humans’ is not a part of HBO Max’s catalog, you may want to check out other dramas like ‘Scenes from a Marriage‘ and ‘Pride and Prejudice.’

Where to Watch The Humans Online?

On November 24, 2021, ‘The Humans’ released in theatres as well as on Showtime. Those of you who want to watch the film on the big screen can book your tickets on Fandango. And those who are looking to enjoy the film online can head here.

How to Stream The Humans for Free?

Amazon Prime Video subscribers get a seven-day free trial for people trying out the Showtime add-on for the first time. That is one way you may be able to watch the movie free of charge. Moreover, Showtime currently has a limited offer that you can take advantage of, wherein new subscribers can get up to 30 days of free access, after which the service will only charge $3.99 per month for four months.