Is The Larkins Based on a True Story?

ITV’s ‘The Larkins’ is a comedy-drama series revolving around the lives and escapades of the Larkin family. Based in a rural setting in the 1950s in Kent, England, the story focuses on Pop and Ma Larkin and their six children who live in the idyllic countryside, and their daily shenanigans and interactions with the various characters of the Littlechurch village. It also depicts how the arrival of the accountant Charley has an impact on the family, especially their eldest daughter Mariette.

The seven-episode series stars Bradley Walsh and Joanna Scanlan as Pop and Ma, the witty parents of the Larkin children who manage to outsmart every trouble that comes their way. Pop Larkin is a wheeler-dealer who uses his presence of mind to keep the village’s administrative affairs in order as well as evade tax penalties, while the generous Ma Larkin manages the home front and tries to help anyone in need. With commendable performances and a humorous yet realistic storyline, ‘The Larkins’ makes the audience wonder whether it is based on a true family. Let’s find out the truth behind the story.

Is The Larkins a True Story?

No, ‘The Larkins’ is not based on a true story. It is rather based on the renowned 1958 novel ‘The Darling Buds Of May,’ by H.E Bates. The novel is the first from a five-part series about the various adventures of the Larkins family and has been previously adapted into a TV series of the same name, as well as the movie ‘The Mating Game.’ Though not fully based on true events, in a 2018 interview, the author did confess his real inspiration behind creating the Larkin family. He said that he got references from a family he saw outside a shop one summer evening while driving through a village in Kent with his wife Madge. 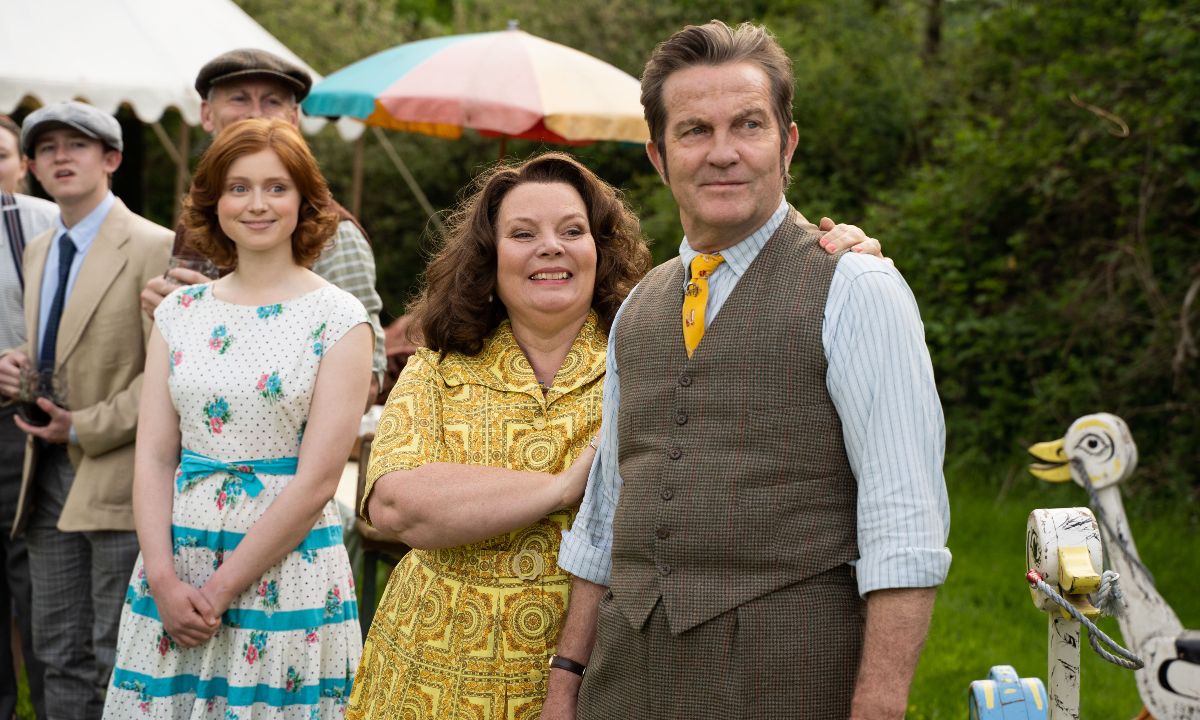 Bates said, “Two or three minutes later there came out of the shop, in high spirits, a remarkable family: father a perky, sprightly character with dark side-burnings, Ma a youngish handsome woman of enormous girth, wearing a bright salmon jumper and shaking with laughter like a jelly, and six children, the eldest of them a beautiful dark-haired girl of twenty or so. All were sucking at colossal multi-colored ice creams and at the same time crunching potato crisps.”

The unabashed joy and merriment of the family struck with the author, and he began penning down the story the very next day. The Larkins also draw heavily from the actual English village lifestyle, and as well as the impact of new flamboyance in middle-class families. Bates even stated that the story can be viewed as the revolution that overtook post-war England, especially the English countryside. In comparison to the scarcities in the early thirties, villagers had rather started to acquire finer tastes and luxury — a theme highly reflected in the Larkins.

Pop Larkin is a junk dealer involved in political schemes, and his refusal to pay tax leads him to accumulate lots of odd wealth that results in extravagances like a second TV set. Pop’s evasion of taxes lands him under the scrutiny of the tax officers, a situation which he avoids narrowly using his wits. This, as well as many other instances, highlights the Larkin family’s tendencies to avoid their troubles and live in abundance.

The narrative has been slightly tweaked to fit modern sensibilities, as the show’s writer Simon Nye also hopes that it “captures the escapism of the Larkin family for the modern generation.” Ma Larkin’s liveliness as well as generosity, wherein she adopts a distant cousin’s abandoned baby to raise him as her own, also portrays the kindness and warmth of the rural folk.

While the Larkin family or the village of Littlechurch may be a work of fiction, the nuances of a typical rural English household and the laidback villages are extremely real. ‘The Larkins’ also aptly captures the nosy, playful banter and everyday lives of village folk in those times and gives the viewers a sense of relatability to deal with their own struggles.

Read More: Where is The Larkins Filmed?