Is The Lost Husband a True Story? 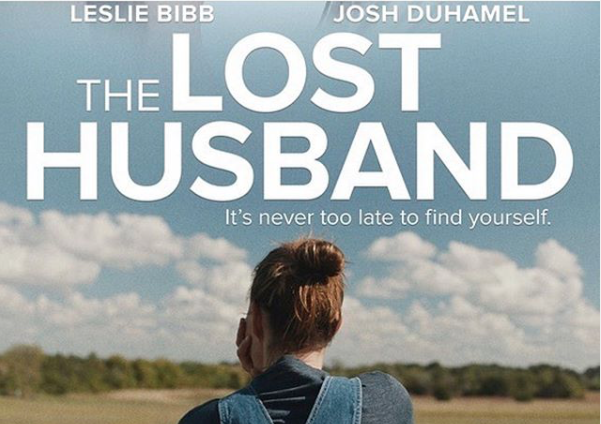 The indie movie ‘The Lost Husband,’ starring Leslie Bibb and Josh Duhamel, tackles the issues of grief, separation, and a fresh start in today’s world. The premise of the movie is that Leslie’s character, Libby, is a mother of two, who has lost her husband. Due to financial hindrances and emotional fatigue, she has to give up her house. With nowhere to go, she resorts to living with her cold and overbearing mother. Eventually, her Aunt Jean comes to her rescue with an opportunity to stay and work at her farm in Central Texas. The story explores her life after moving there.

Is The Lost Husband Based on a True Story?

No, The Lost Husband is not based on a true story. The movie is an adaptation of the novel of the same name by author Katherine Center. The book released in 2013, and became a New York Times bestseller as well.  While the film borrows some elements from real life, the story itself is author’s brainchild. She got the inspiration for farm life from the Blue Heron Farm. It was opened in 2006 by her childhood friend Christian Seger and his wife, Lisa. Katherine and Christian had grown up together in Afton Oaks and went to the same preschool, called Pooh Corner.

Buzz Magazine spoke to her, and she told them about how she would visit the farm often when her children, Anna and Thomas, were younger. She absolutely loved the charm of the farm and absorbed some of those elements into her novel. However, in Katherine’s version, things are not always well and dandy. Not only Libby, but many other characters are actively struggling with the aforementioned themes throughout the course of the story.

We are introduced to Libby when she loses her husband, and subsequently, her house. In an attempt to kickstart her life again, she moves out to the goat farm of her estranged Aunt Jean. There, she meets the captivating farm manager, James O’Connor, who is also dealing with a personal loss. Initially, she feels like she is not meant for the quiet countryside and the hard work that farm life usually entails. It is not that she does not wish to do it, its just that she feels like she lacks the skills required to be successful at it. James agrees initially with this assessment, but Aunt Jean proves to be the firm yet gentle torch lighting her path. She doesn’t let Libby give up and tells her to stick it out. Telling someone to give it their best despite the hardships present is always sound advice after all.

‘The Lost Husband’ discusses the themes of love, family, and grief through a different lens than that of its competitors in the genre. It may have all the conventional elements— the drama, the romance, and a protagonist that tries to face each day as it comes. However, fusing them with a more subtle form of story-telling, it proves to be a movie that will warm your heart, despite familiar story arcs.

Read More: Where Was The Lost Husband Filmed?