Is The Master Based On A True Story? 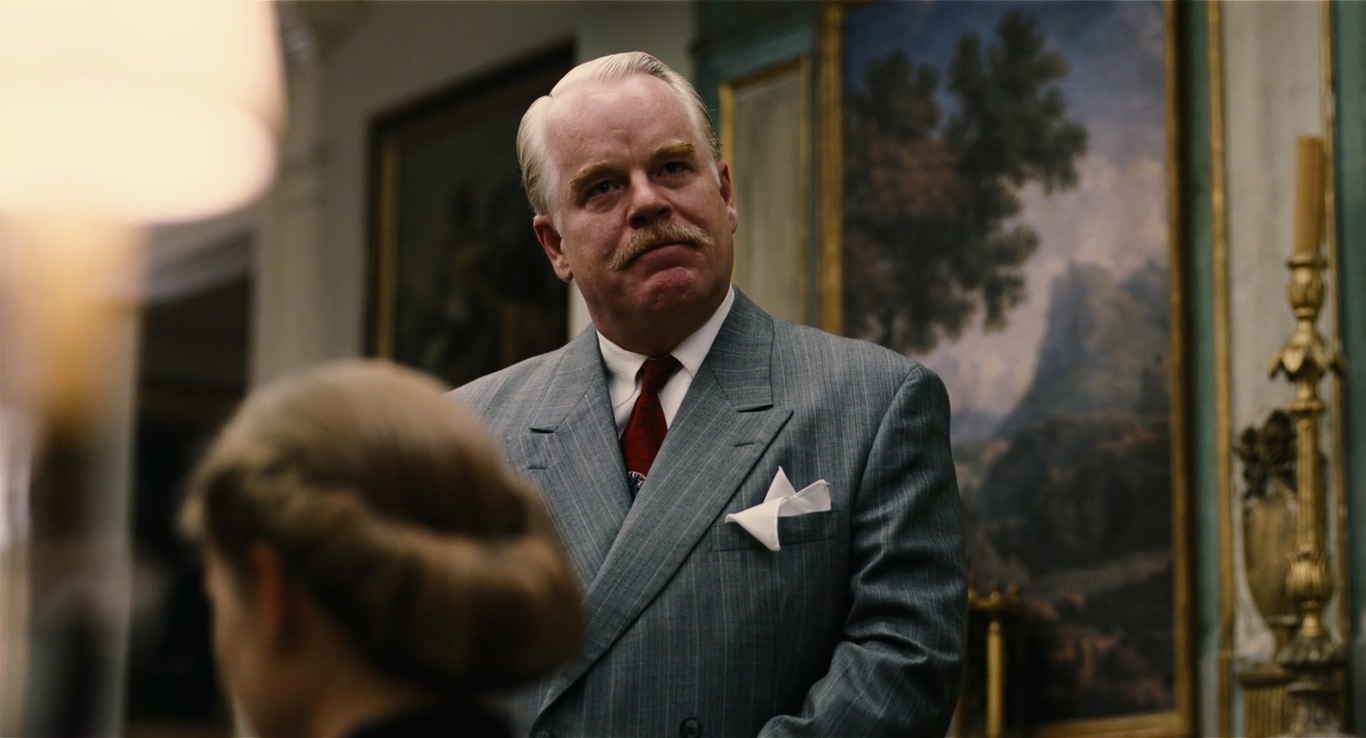 Directed by the prolific Paul Thomas Anderson of ‘There Will Be Blood’ fame, ‘The Master’ is a poignant and probing psychological drama that seeks to chart the depths of human conscience. The story follows the character of evasive war veteran Freddie Quell as he gets accepted in a pseudo-scientific cultist organization called “The Cure” and develops an unlikely friendship with the leader of the cult, Lancaster Dodd. The compelling and brooding narrative, coupled with a guiding score, articulately captures the intertwined journey of two souls to their separate epiphanies.

Critically praised due to its grand ensemble cast, the film captures the post-war reality of America to tell a tale of spiritual bankruptcy. While there are semblances of reality in its depiction of complex characters (something Paul Thomas Anderson is known for), you may be wondering whether the film itself is tethered to reality. If that is the case, we are glad you asked.

Is The Master Based on a True Story?

The Master’ is partially based on a true story. While the main inspiration came from the life story of the Church of Scientology’s founder and cult leader L. Ron Hubbard, his book by the name of ‘Dianetics: The Modern Science of Mental Health’ was also a muse for the writer-director. Speaking with The Guardian, Anderson revealed that many of the concepts we see in the film were taken from it – “And the ideas in ‘Dianetics’ are beautiful. The idea of recalling past lives is so hopeful, so optimistic, and it’s something I would love to go along with.” 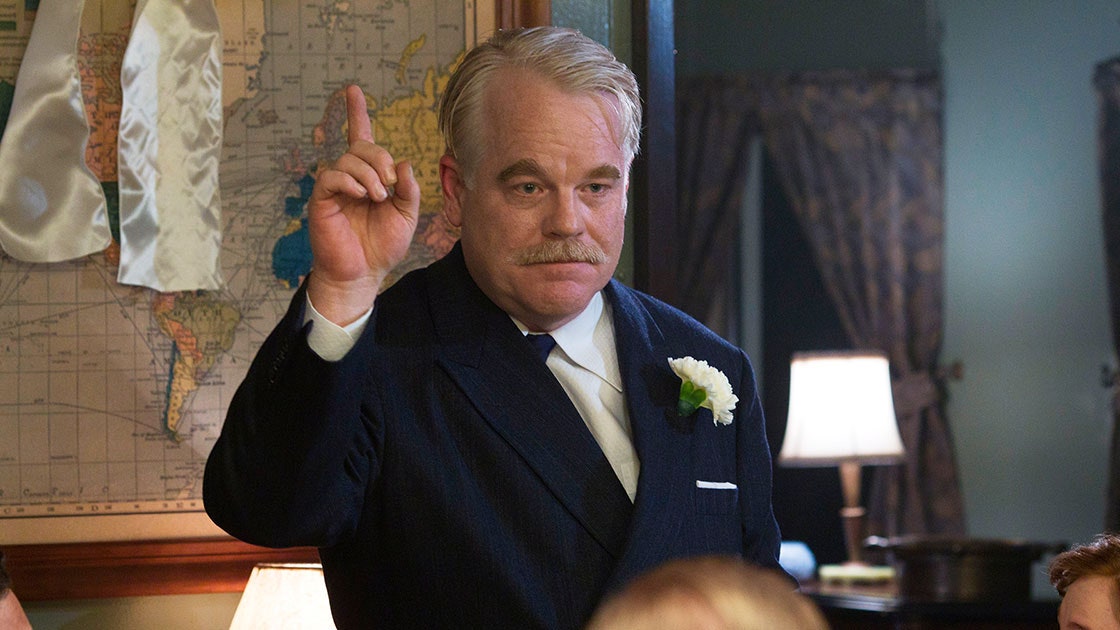 But that’s not all, folks, since there were other inspirations behind the script. Anderson took inspiration from early drafts of the script of ‘There Will Be Blood,’ stories of the Navy told to him by a terminally ill Jason Robards on the set of ‘Magnolia,’ and the biographical narrative of the famed author, John Steinbeck. The character of Benny Profane in American novelist Thomas Pynchon’s debut novel ‘V.’ seemingly provided some basis for the drunk and mischievous character of Freddie Quell.

It would also interest you to know that according to some sources, Anderson actually mulled over the story for 12 years! Furthermore, while at first glance, ‘The Master’ seems to be about a cult, Anderson clarified many times over that it was actually his fascination with the post-war era that propelled the creation of the film. In fact, he read a quote about how the time period after the end of a war is extremely conclusive for spiritual movements to grab their footing.

Lo and behold, all these factors led to the birth of ‘The Master.’ Anderson stated, “The area of the story after the war is like food and drink to me in terms of an opportunity for a lot of good stuff to tell a story. We talked before about how there is a tremendous mix of optimism but an incredibly large body count behind you, and how can you really feel great about being victorious with so much death around?”

He continued, “It kind of gets to a spot where you have to figure out where all of the bodies are going.  I guess that kind of creates situations where people want to talk about past lives. They want to talk about what happens after you die. [The] kinds of idea[s] that ‘The Master’ is putting forward is that time travel is possible. Accessing things that happened to you in other lives is possible. Those are great ideas, I think, and they are hopeful ideas. That was fascinating for me to write the story around.” 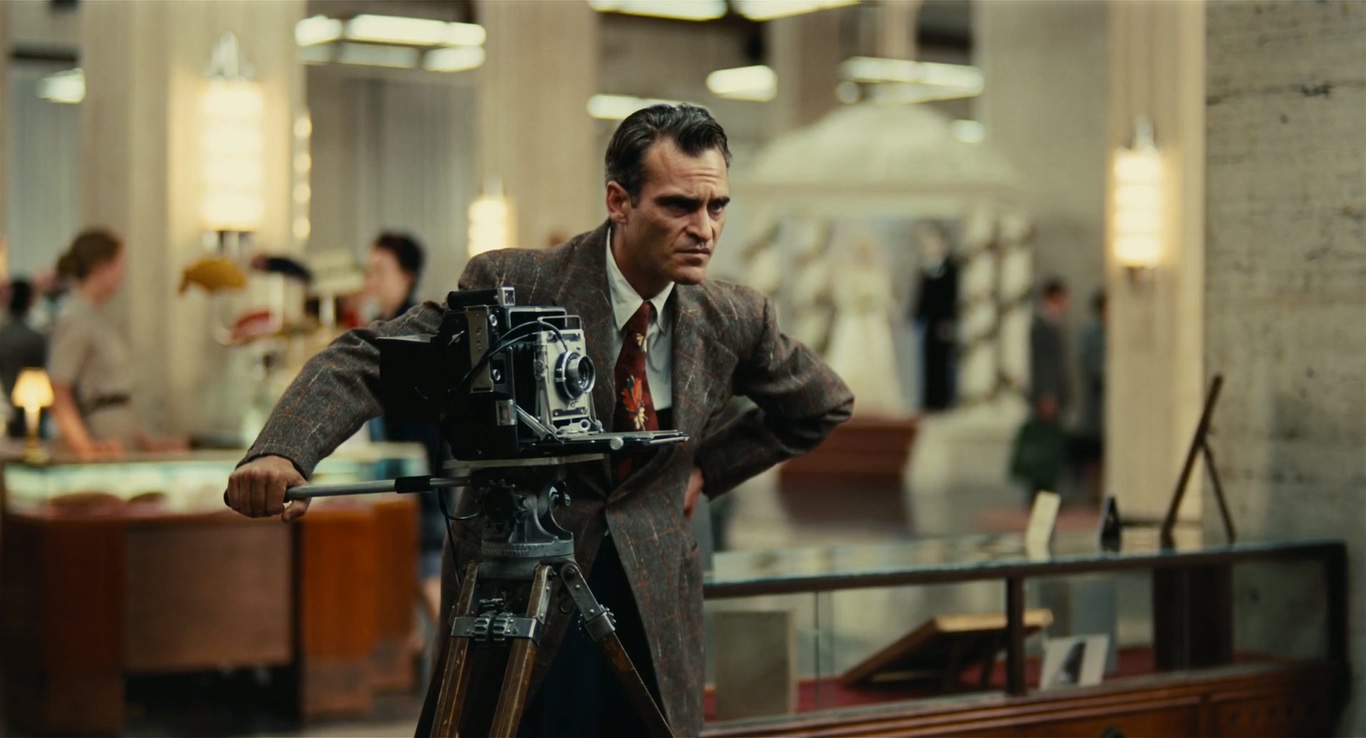 Consequently, other than the Scientology connection that has been reinforced over and again, the film is also a chronicling of the broad post-war spiritual crisis of America. Early twentieth-century America was a seat of Protestantism (broken into denominations such as the Disciples, the Presbyterians, and the Lutherans). However, the post-war boom of the American economy and population came with unprecedented diversity in the religious scene. As the younger populace, the “baby boomers,” moved to the suburban areas, they took with them an urge to revitalize their spiritual energy.

Christianity was fostered through the establishment of new churches, religious sanctions, and a visible increase in religious practice. But with increasing internal and external agitations in the forms of the Cold War, the Vietnam War, the Civil Rights Movement, Women’s Liberation, and the sexual revolution, the fate of traditional (institutionalized) Christianity in American society took an unprecedented turn. Many youngsters denounced Christianity to embrace alternative forms of religion. At this juncture, many cultist organizations sprouted up in the American religious scene, and “The Cause” of the film seems to be one of them. So clearly, the film makes effective use of real-life narratives in a seemingly fictional manner to transcend its plot.

Are Lancaster Dodd and Freddie Quell Based on Real People?

While the production company has denied any overt connections of the film with the Church of Scientology, many have pointed out the similarity between Lancaster Dodd and Scientology founder L. Ron Hubbard. A former US Navy veteran who fought in World War 2, Hubbard conceptualized the movement in 1950, around the same time when the film is set. The film reaches its finality in England, and the audience will be astonished to know that Hubbard made England his residence around the same time as shown in the film.

In the film, Lancaster refers to Freddie as an “able-bodied seaman,” and the term can apparently be found in the administrative dictionary of Scientologists. So it is evident that a considerable amount of research went into getting the facts about Scientology straight, and while Anderson reportedly did not want the film to be an autobiography of Hubbard, the reel-life characters of Lancaster, Peggy, and Val Dodd also seem to be based on the real-life figures of L. Ron Hubbard, Mary Sue and L. Ron Hubbard Junior.

Moreover, it is not clear whether the central character of Freddie Quell is based on a real person. According to one theory, a man named Bruce Welch proves to be the basis for the character of Freddie. A member of the Apollo team, Welch went a little over the edge when he was noticed by Hubbard. Hubbard welcomed him to the cult attempting to cure him, and he applied a new technique on Welch what he named to be the “introspection rundown.”

According to another theory, Lancaster and Freddie are contrasting personas depicting two sides of the “eccentric” guru, L. Ron Hubbard, and together, the two characters constitute the “Split Saber” of Lancaster’s book. Yet another group of theorists speculates that the character of Freddie is conditioned on none other than David Miscavige, the current leader of the Church of Scientology.

Read More: Where Was The Master Filmed?