Is The Mess You Leave Behind A True Story? 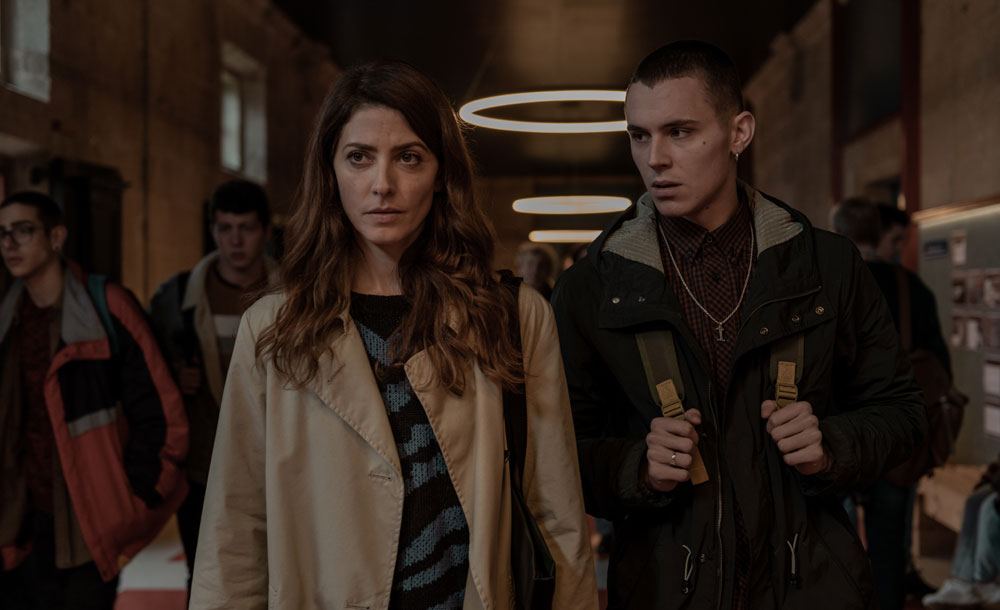 Netflix’s attempt to diversify its Spanish content is further highlighted through the addition of ‘The Mess You Leave Behind’. The twisted tale about two characteristically different-but-not-so-different literature teachers spans over eight episodes filled with suspense and intrigue. Inma Cuesta and Bárbara Lennie co-lead the cast as the two teachers with Tamar Novas playing German, Raquel’s husband, and Roberto Enríquez as Viruca’s husband, Mauro.

‘The Mess You Leave Behind’ or as it is also known by its original Spanish title ‘El Desorden Que Dejas’ follows the story of Raquel (Inma Cuesta)  as she struggles to fit into the designation of a literature teacher at a local high school. She soon finds herself in a sinkhole of mystery related to the death of her predecessor, Viruca (Bárbara Lennie).  Even though, the show has a stereotypical aesthetic of a thriller, the creator of the show, Carlos Montero, agrees that the show is more of a “drama that gradually becomes a thriller”. As the story progresses, we see Raquel get more and more trapped within the web of lies weaved by almost everyone around her.  All the while she also tries to fight her personal demons which are mostly the consequence of internalized guilt and a desire for vindication.

With a run-time of 35-50 minutes each, all the episodes show events from the timelines of the two protagonists while demarcating between them through an efficient story-telling approach. The clever direction of the series ensures that the audience can quite easily perceive the timeline being showcased at a moment.  The show tackles issues that are highly relevant in real life. Hence we investigated to figure out if the show is actually based on a true story. SPOILERS AHEAD.

Is The Mess You Leave Behind Based on A True Story?

No, ‘The Mess You Leave Behind’ is not based on a true story. It has been adapted from the Spanish book of the same name written by the show’s creator, Carlos Montero. Montero has previously worked on another Spanish Netflix original, ‘Elite’. Another connection of the show to its Spanish peer is Arón Piper who plays the role of Iago, a troubled and aggressive student in ‘The Mess You Leave Behind’.  Apart from these links, when asked about the similarity between the two shows, Montero calls ‘The Mess You Live Behind’ the complete “reverse of ‘Elite’”. Even though both the stories are centered in the environment of a school, the former series focuses on the bullying of teachers by the students.

We dug deeper to find any such existing case of a teacher being bullied by their students. The results were rather shocking. Even though the show is based on a purely fictional book and predominantly takes place in the fictional town of Novariz, the issues tackled by the plot are all too real. There are cases of not just classroom bullying of teachers but also cyberbullying on various social media platforms. The plot initially gives the notion to the audience that Viruca’s death is a suicide owing to the various bullies she faces in her class. However, towards the end of the show, the case unveils details that make Viruca’s death much more complicated than primarily comprehended.

Another social issue portrayed in the show, albeit in the end, is the prostitution of children and minors. In the last episode of the show, it is revealed that Iago’s father has been prostituting him to other men since he was a child. Child prostitution is a harrowing dilemma commonly associated with a lack of public acknowledgment and appropriate medical attention. The show’s plot underlines an effort from the creators to increase awareness about this issue. Therefore, despite the show not being based on a real-life incident, it is highly relevant to the current society.

Read More: Is Netflix’s If Anything Happens I Love You a True Story?