Is The Sex Lives of College Girls Based on a True Story?

‘The Sex Lives of College Girls’ on HBO Max is a comedy-drama series that centers upon four roommates at Essex College and their adventures in the freshman year. Dealing with changes can be quite confusing, especially as one transitions from being a teenager to a young adult. The four young ladies are exactly in that phase of their lives. Their misadventures in college and their sex lives are what drive the show. Since the experiences of the characters feel so relatable, it gets one thinking if the series is inspired by any real-life instances. If you have been thinking the same, then you might be interested in learning what we know!

Is The Sex Lives of College Girls a True Story?

No, ‘The Sex Lives of College Girls’ is not based on a true story. The series is created by Mindy Kaling (‘The Mindy Project’) and Justin Noble (‘Brooklyn Nine-Nine’), who are both also credited for the hit Netflix series ‘Never Have I Ever.’ Several media outlets have asked Kaling if there are any autobiographical elements in the sex comedy series. In one such conversation with The Hollywood Reporter, she responded, “In terms of the sexual parts of the show, virtually nothing. That’s all my imagination or the experiences of my more romantically advanced writing staff. All the fear about grades and not fitting in, that I pulled from my own experience.” 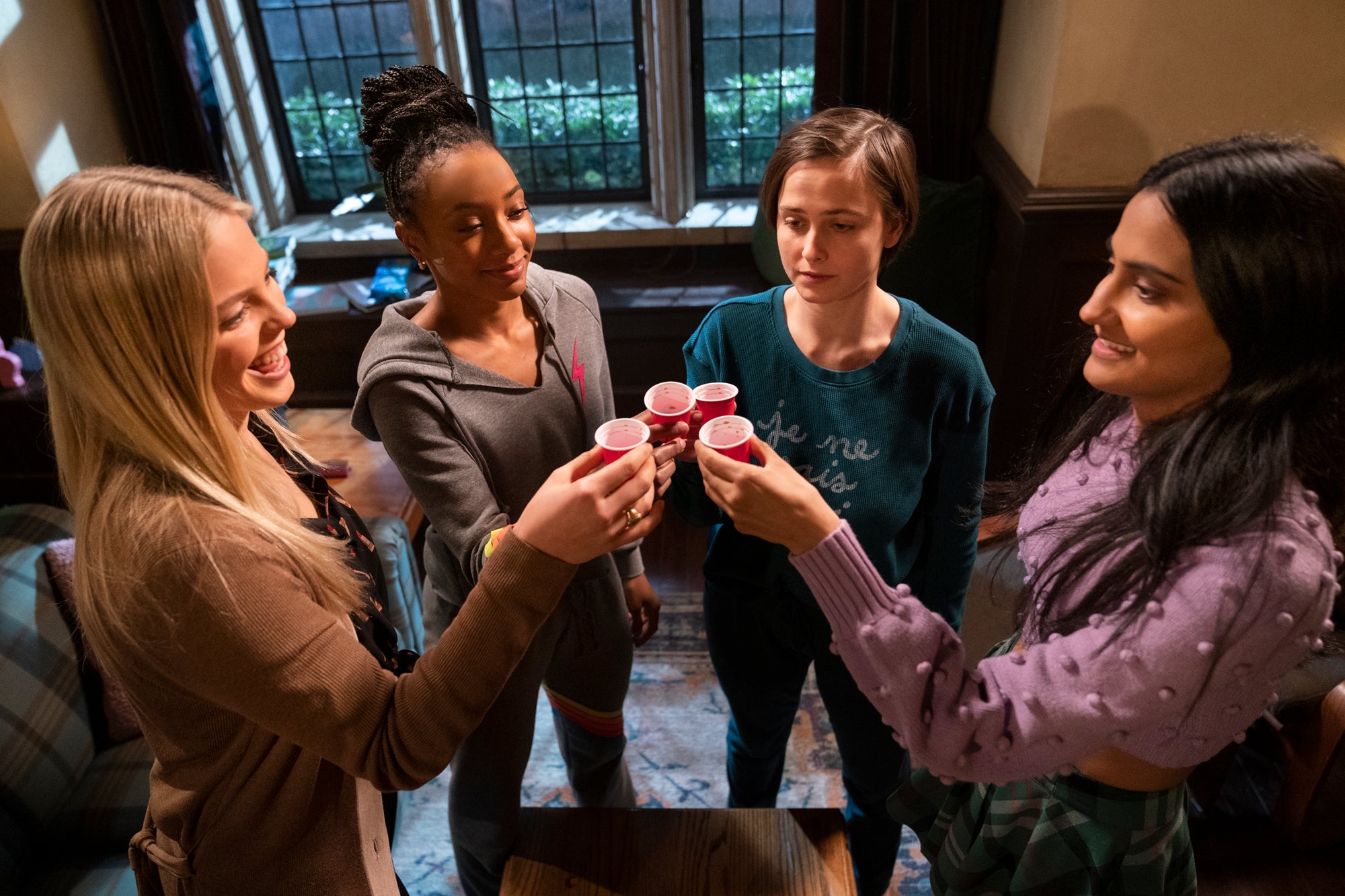 In another interview in August 2021, Mindy Kaling revealed that the storyline of the show is woven together by various personal experiences that she and co-creator Justin Noble have had. In fact, in November 2021, actress, comedian, and screenwriter shared that the campus magazine in the series is a lot like the literary publications that most colleges have and are extremely proud of. By virtue of the fact that college publications are quite selective about who they let in, they end up bringing together a certain kind of people. This particular experience may hit close to home for many viewers.

Although the show is not autobiographical, Mindy Kaling discussed several realistic elements that feature in the series. While the comedy-drama showcases a fun side to college, there are other serious aspects that are also a part of the college experience. This is reflected in the way the series handles subjects like Title IX, sexual assault, and socio-economic struggles. Moreover, Kaling related quite strongly to Bela’s character. Like Bela, Kaling wanted to be a comedy writer when she was younger.

Similarly, actress Pauline Chalamet found some similarities between her character Kimberly and her personal experiences. In an interview with Harper’s Bazaar, she recalled her experience at Bard College. “It’s a very small school and it’s not a university, but it certainly is a private institution like Essex. And I definitely was able to relate to feeling out of place, especially economically,” she shared.

Chalamet continued, “You know, you’re not really close to the people you first meet at college. You’re living together, so you kind of become close very quickly, but not close in your heart. You’re not letting them in on your insecurities. So that felt very, very familiar: feeling like you need to fit in, but then also knowing that you don’t.” Therefore, a portion of the series deals with real issues that might be a constant presence in many of our lives, but the narrative itself is fictional.

Read More: Where is The Sex Lives of College Girls Filmed?