Where Is The Sex Lives of College Girls Filmed? 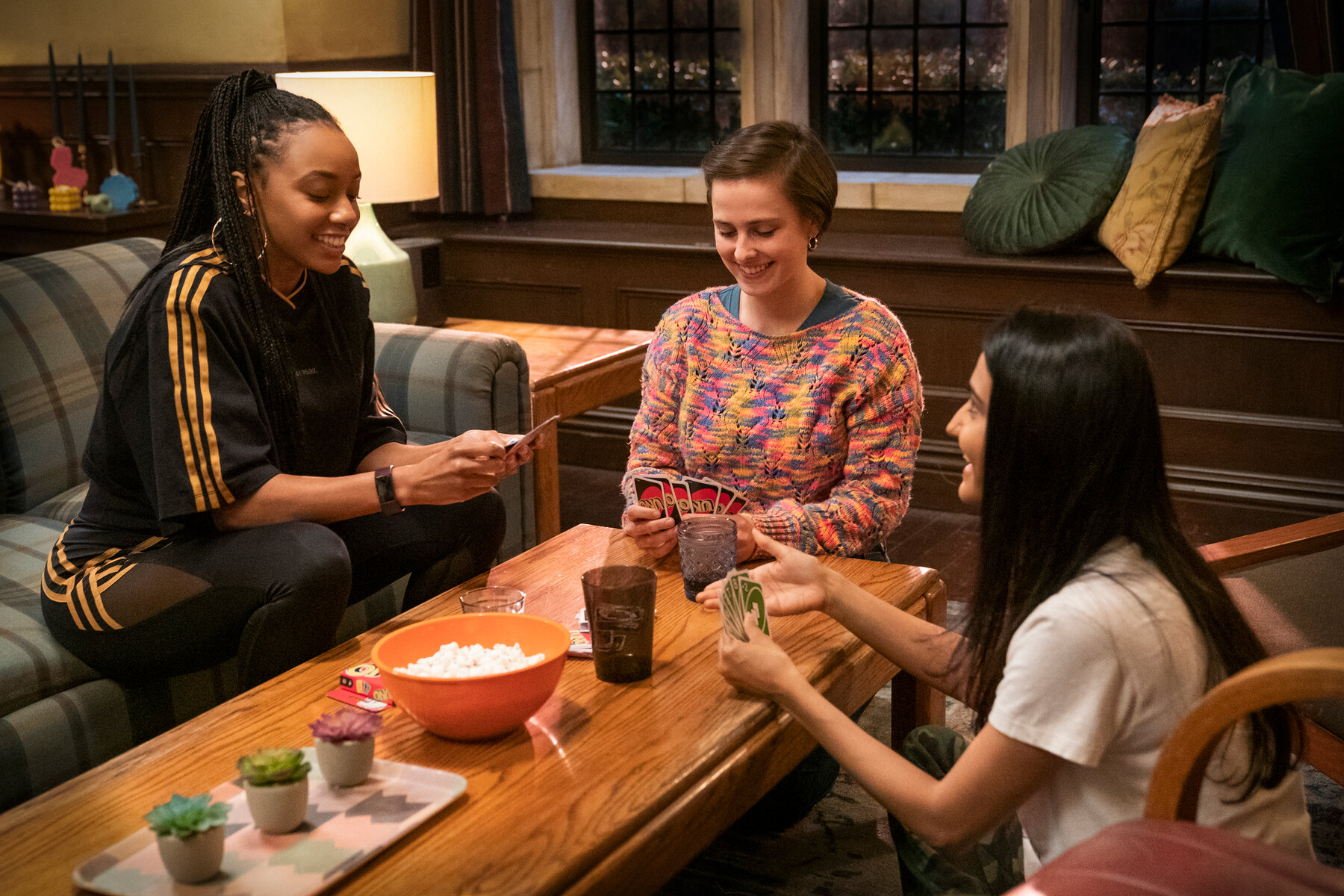 ‘The Sex Lives of College Girls’ is a comedy-drama series about four college roommates who embark on an adventurous journey in their freshman year at Essex College in Vermont. Raging hormones, parties, and sex define their experience as these young women navigate the complexities of college life. Like many sex comedies, college is the backdrop against which the hilarious events in the series unfold.

It appears that the classic architecture and iconic hallways intend to establish how seriously the educational institution takes itself. But the girls’ wild experiences serve as a fascinating juxtaposition that enhances the humor. So, in case you are wondering where the series is filmed, you are in the right place. Here is everything we know!

‘The Sex Lives of College Girls’ is filmed in the state of New York and California, primarily in Poughkeepsie, Los Angeles, and Burbank. According to sources, the crew filmed from late 2020 through mid-2021. Production was carried out under strict COVID-19 mandated health guidelines to ensure the safety of everyone on set. In fact, the team scouted for locations virtually as much as possible. Now, let’s dive into the details of all the places that feature in the show!

The most powerful African American U.S. Senator Evette Chase has arrived. Should I run for president?

Having fun on the set of @MindyKaling’s “The Sex Lives of College Girls” premiering on @HBOMax this fall 2021 #ReclaimingMyTime pic.twitter.com/6s1JzdBedp

Since the college campus is where most of the action in the series takes place, it was important for the production team to find the right location. Therefore, a significant chunk of the outdoor college sequences has been filmed at Vassar College, located at 124 Raymond Avenue in Poughkeepsie. Founded in 1861, the private liberal arts college is named after its founder, Matthew Vassar. For the duration of the filming, several restrictions were put in place. The students were not allowed to step out of campus, and access to the public was denied.

Yesterday Mindy Kaling liked my tweet!! 👇🏽 THE MINDY KALING. I was freaking out with excitement!! It was amazing.

And today I saw @Vassar has begun transforming into (the fictional) Essex College! 🤩

This summer is really starting strong for me 🙌🏽 https://t.co/VtFVdobv7O pic.twitter.com/Y1djDDKgL7

The filming on campus was met with much enthusiasm, including from the faculty members. Some sequences have also been captured at the iconic Juliet Theater, which is now the Vassar College Store. The production team had to replace signage for the local businesses in the area and temporarily rename buildings for filming purposes. The entrance to Vassar across Collegeview was labeled Essex College. The banners for the fictitious Vermont Botanical Gardens and Fox Hole Donuts were also put up in the area. The doughnut store seen in the show is actually the All Shook Up Cafe & Juice Bar on 44 Raymond Avenue.

A significant portion of the series is shot in Los Angeles, the heart of Hollywood. In an interview in November 2021, actress Pauline Chalamet (Kimberly) spoke about the experience of filming in the city. Since none of the lead actors are from Los Angeles, they lived in the same hotel for the duration of the LA leg of production. But still, they did not get to meet each other before they began shooting their scenes together. This added a layer of authenticity as the characters they play also meet for the first time in the inaugural episode of the show. 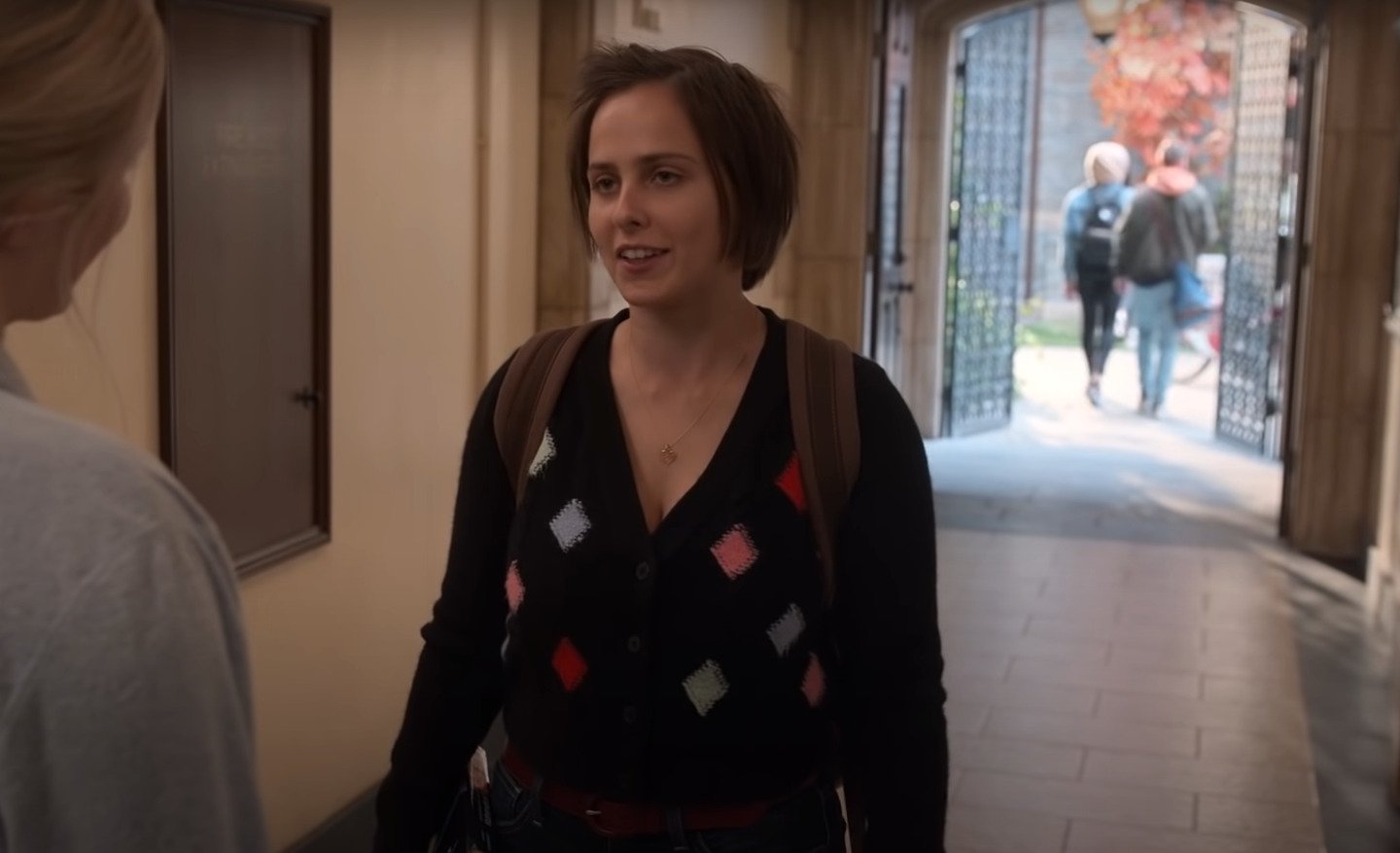 Apparently, a few scenes have also been filmed on the campus of the University of California, Los Angeles (UCLA). Located in the residential area of Westwood, the campus occupies 419 acres of land and has more than 160 buildings. Well-known TV shows and films have been shot in UCLA, such as ‘Gilmore Girls,’ ‘The Godfather,’ ‘American Pie 2,’ and ‘Legally Blonde.’

Several scenes for this sex comedy have been lensed at Warner Brothers Burbank Studios on 4000 Warner Boulevard, Burbank. The studio offers 36 sound stages and 14 exterior sets, all of which lie on the 110-acre main lot and the ranch facility that sprawls across 32 acres. The series is filmed on the same stage where a part of ‘Dunkirk’ was shot. The notable credits of the studio include ‘Friends,’ ‘Lucifer,’ ‘Ghostbusters,’ ‘Interstellar,’ and ‘Spider-Man.’

Read More: Is The Sex Lives of College Girls Based on a True Story?