Is The Split on Netflix, HBO Max, Hulu, or Prime? 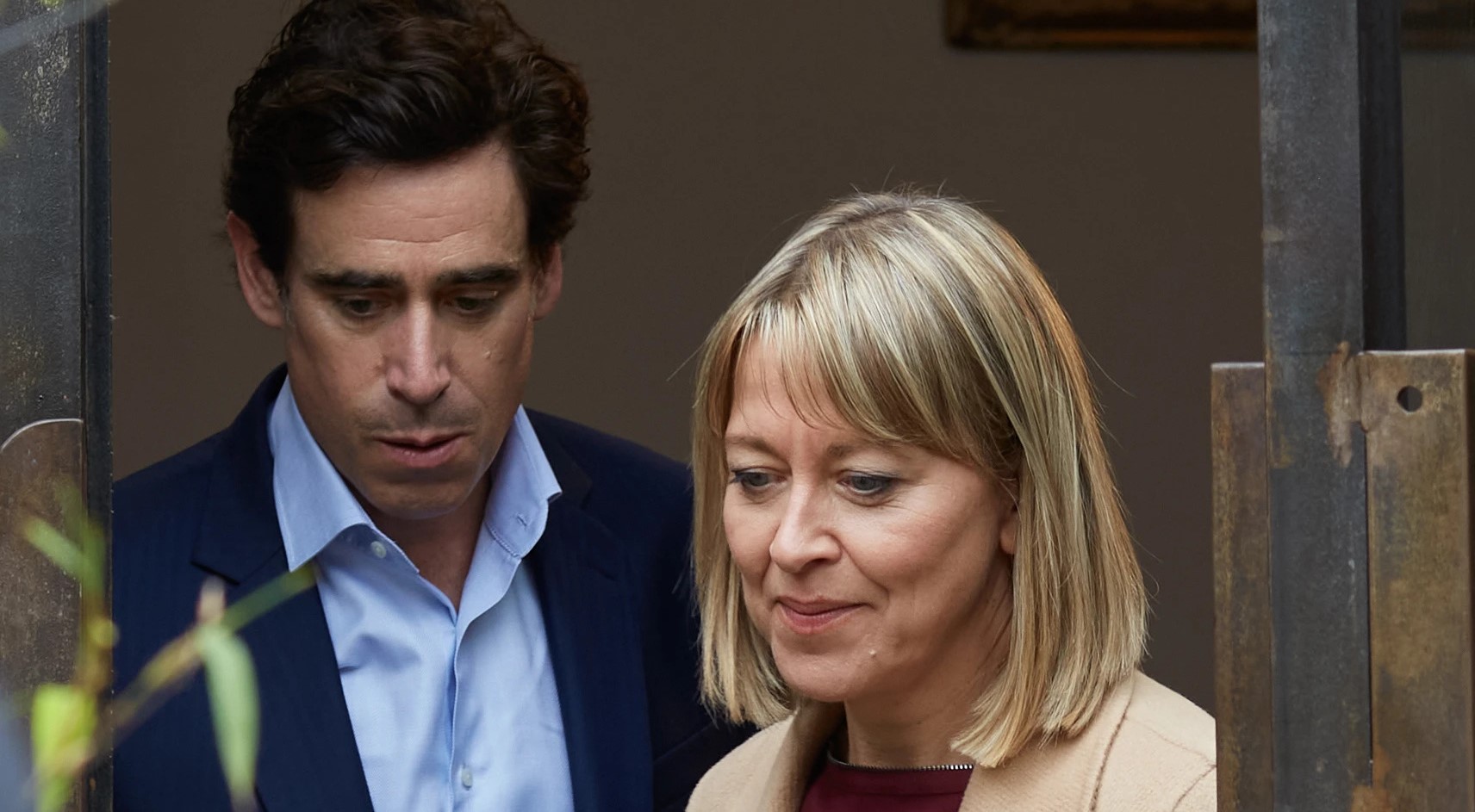 ‘The Split’ is a British legal drama TV series that revolves around a family of female divorce lawyers — the Defoes. Each of them is known to be competent in their respective fields in the complicated world of divorce law circuits. Created by Abi Morgan, the narrative is made even more entertaining by the stellar performances from a talented cast ensemble, comprising Nicola Walker, Stephen Mangan, Fiona Button, Annabel Scholey, and Barry Atsma. If you are a fan of legal dramas in general, you are likely to be interested to know more about this series. Well, we have all the information that you may need!

What is The Split About?

The story follows the Defoe family, which consists of well-established female lawyers who specialize in divorce law. It gives you a glimpse into the lives of four very different young women as they try to deal with their personal and professional lives. However, there is drama when one of the sisters, Hannah, starts working for a rival law firm called Noble & Hale. Moreover, when their estranged father suddenly comes back into their lives after 30 years, they are forced to confront their past. Now, if you want to see the legal drama unfold, you would have to watch the series yourself. Here are all the ways you can do so!

Is The Split on Netflix?

Netflix subscribers are likely to be disappointed as ‘The Split’ is unavailable on the platform. However, you can make use of your subscription to watch other intriguing legal drama shows on the streaming giant. We recommend you watch ‘The Lincoln Lawyer‘ and ‘The Trial.’

Is The Split on Hulu?

We bring good news for Hulu subscribers! Yes, ‘The Split’ is available to stream on the streamer. You can watch the series by heading here!

Is The Split on Amazon Prime Video?

‘The Split’ is available on Amazon Prime Video, but it is only accessible if you include the Sundance Now or AMC+ add-on to your current plan. In addition, you can even buy or rent the series on the streaming giant. To learn more about these offers, you can head right here! If you are looking to watch other alternatives that are included in the platform’s regular offerings, you can turn to ‘Suits‘ and ‘Goliath.’

Is The Split on HBO Max?

HBO Max subscribers will need to look for the legal drama series on other platforms because it is not a part of the streamer’s library of content. However, you can always tune into similar legal drama shows on HBO Max, such as ‘All Rise.’

Where to Watch The Split Online?

You can watch ‘The Split’ on Sundance Now’s official website. Besides that, the legal drama series is available for streaming on several other platforms, including DirecTV, FuboTV, Philo, Sling TV, Xfinity, Spectrum on Demand, and YouTubeTV. You can even buy or rent the series on iTunes, Google Play, and YouTube.

How to Stream The Split For Free?

Fortunately, Sundance Now, FuboTV, YouTubeTV, and Philo offer a free trial of 7 days to their new users. In addition, DirecTV provides a 5-day free trial to its new users and Xfinity allows free access to its content for the first 30 days to its new subscribers. Thus, you can utilize any of these trial periods and stream ‘The Split’ for free. Having said that, we urge our readers to always pay for the content they wish to consume instead of turning to unethical means for doing the same.