Is The Unlikely Murderer Based on a True Story?

‘The Unlikely Murderer’ (also known as ‘Den Osannolika Mördaren’) is a Swedish crime drama series written for television by Wilhelm Behrman and Niklas Rockström. It revolves around a seemingly average man who finds himself amidst one of the most tragic assassinations in the history of Sweden. However, questions begin to arise about his involvement and motives as people start to suspect that the man claiming to be an eyewitness could potentially be the culprit.

It is indeed one of the stories that have a stranger than fiction vibe and will certainly make audiences wonder whether it is inspired by any real events or true stories. If you are looking for more information regarding the inspiration behind ‘The Unlikely Murderer,’ here’s everything we know in that regard!

Is The Unlikely Murderer Based on a True Story?

‘The Unlikely Murderer’ is partially based on a true story. The series is an adaptation of Thomas Pettersson’s novel titled ‘Den Osannolika Mördaren’ that was first published in 2018. Like the novel, the series provides a fictionalized account of the events surrounding the assassination of Sweden’s Prime Minister Olof Palme. It presents Stig Engström as the possible perpetrator of the assassination. However, these claims remain unsubstantiated and unproven in the court of law despite the Swedish Police and Prosecution Authority identifying Engström as a suspect in the murder. 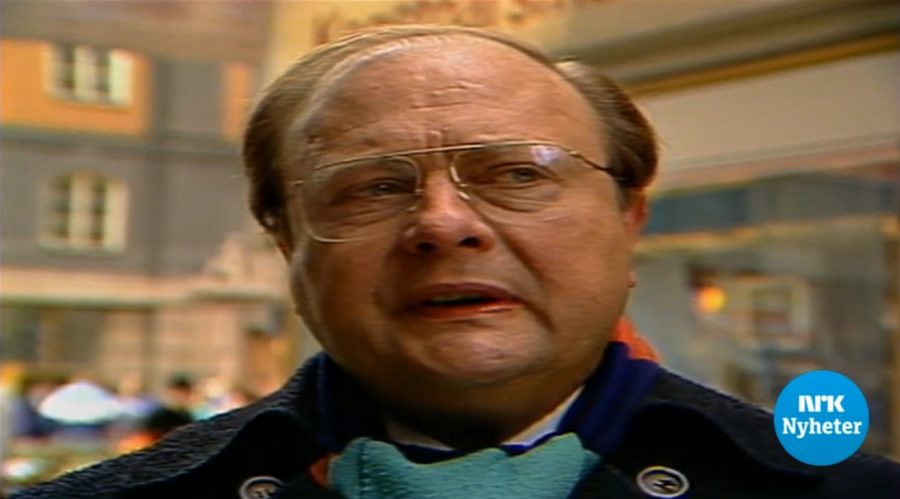 On the night of February 28, 1986, then Swedish Prime Minister Olof Palme was returning home with his wife, Lisbeth Palme, from the Grand Cinema. The couple’s son, Mårten, and his girlfriend took a different route moments after leaving the cinema. The couple was walking down Sveavägen Street without their bodyguards or security detail.

At the intersection of Sveavägen and Tunnelgatan, an unidentified assailant shot at the couple with a .357 magnum revolver. A single bullet fatally wounded Palme while another grazed Lisbeth. The perpetrator then fled the scene on foot towards the Malmskillnadsgatan and disappeared on David Bagares Street. Palme was taken to the Sabbatsberg Hospital, where he was later pronounced dead.

During the investigation, Stig Engström presented himself as an eyewitness. Engström, a graphic designer who worked at Skandia insurance company office on Sveavägen, claimed to have helped the wounded man and also spoke to Lisbeth and got a description of the supposed killer. However, most of Engström’s claims did not match with the accounts of the other witnesses. In fact, the description provided by an eyewitness matched Engström, but he claimed it to be a confusion, as per the show. The Täby native sought out media attention and was dubbed the “Skandia” man.

After initially pursuing Engström as a possible suspect, the police later dropped interest in him. Eventually, another suspect, Christer Pettersson, was arrested and tried for the murder of Palme in 1989 and was sentenced to life imprisonment. However, a few months later, he was acquitted of the charges due to a lack of substantial evidence. Various theories about Palme’s killer continue to make rounds to date, and the case remains an unsolved mystery.

The case was officially closed on June 10, 2020, with chief prosecutor Krister Petersson announcing that Engström was the most likely suspect but could not be prosecuted as he had passed away in 2000. After the end of his second marriage in 1999 and experiencing a downfall in his personal and professional life, Engström died by suicide on June 26, 2000, at the age of 66.

Most of the circumstances surrounding the murder and the investigation are accurately detailed in Thomas Pettersson’s book with an added focus on linking Engström to the murder weapon. The television adaptation describes Thomas Pettersson’s research by featuring a fictionalized version of the author. It significantly expands upon Engström’s life and hints that he had political and personal motives to assassinate Palme.

Co-director Charlotte Brändström noted that the series examines the murder case’s impact on the nation through a carefully crafted character-driven story. “The series is a powerful character study and poses a serious and credible hypothesis regarding the man who most likely killed Palme on that snowy winter night when the Prime Minister left a cinema in central Stockholm and was walking home,” she said.

Ultimately, the television adaptation mostly remains true to the book. However, considering it as a true story would not be fair. The series explicitly depicts Engström shooting Palme, thereby implying that he is the killer. However, Engström has never been found guilty, which the television series also states. Therefore, despite the abundance of facts and actual data presented in the series, it is best to take its narrative with a grain of salt.