Is The White Tiger Based on Real Life? 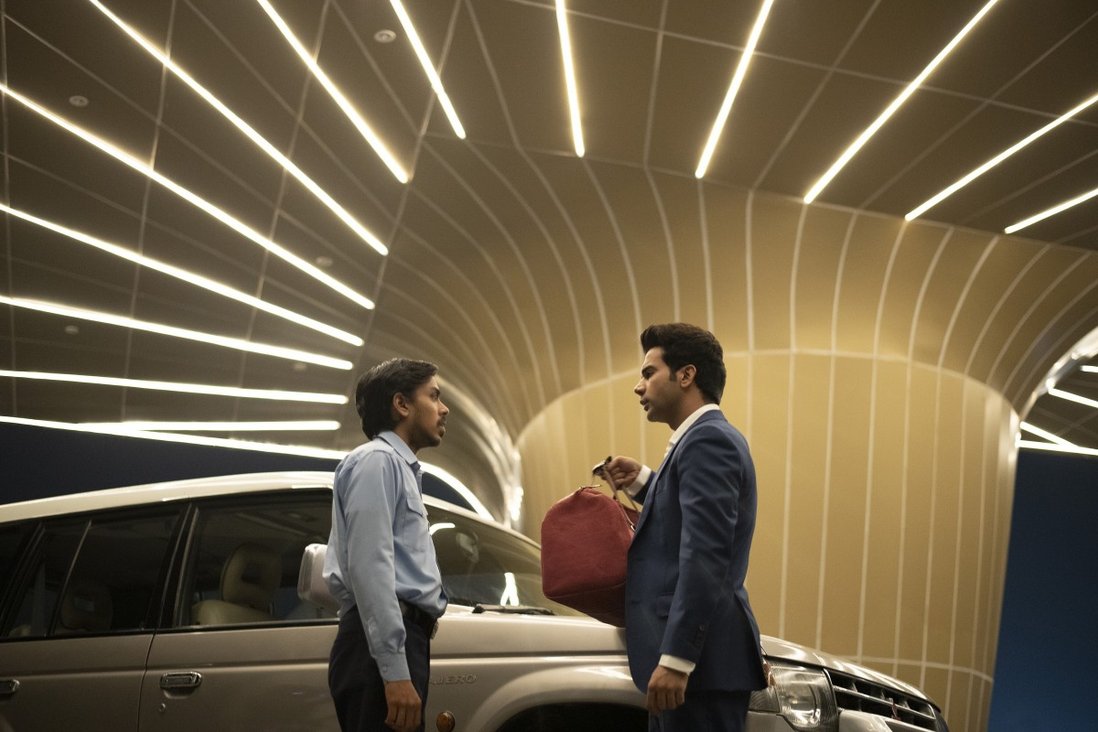 Directed by Ramin Bahrani, ‘The White Tiger’ is a riveting dark comedy about ambition, individuality, and freedom. It revolves around Balram Halwai (Adarsh Gourav), a young man hailing from the Indian Heartlands. Raised in abject poverty, the notion of servitude has been ingrained into him. But despite this, he resolutely aspires for a better life and gradually discovers that he is willing to do anything to achieve it.

His rickshaw-puller father is the first person to introduce him to the concept of personal liberty. After his father’s passing, Balram grows up harboring a deep resentment towards the rest of his family, especially his grandmother, whom he blames for his father’s death. After relocating to Dhanbad and acquiring a driving license, he begins working for the Stork, the landlord from his village who now lives in the city. Balram is hired as the driver for the youngest son Ashok (Rajkummar Rao) and his Indian-American wife Pinky (Priyanka Chopra Jonas).

Balram approaches his work with a perpetual smile on his face, no matter how much abuse he has to endure. That changes after he is forced to take the blame for a hit-and-run incident that an intoxicated Pinky commits. When Balram is told that he doesn’t have to claim responsibility as no one has come forward to report the incident, his disenchantment with his masters has already been complete. He starts to steal from Ashok and eventually decides to kill him to take Ashok’s money and move to Bangalore to become an entrepreneur. If the film’s setting and the prevalent themes of casteism and classism have made you wonder whether it is based on a true story, here is what we know about it.

Is The White Tiger Based on a True Story?

No, ‘The White Tiger’ is not based on a true story. Bahrani based the screenplay on Indian-Australian author Aravind Adiga’s 2008 Man Booker Prize-winning novel of the same name. Bahrani and Adiga are long-time friends and were classmates at Columbia University. They have been planning to work together for a while. While Balram and his story are fictional, there are countless men and women all over India in similar circumstances striving for a path to escape their harrowing realities.

In the film, Balram states that there are two kinds of people in India: those who live in the darkness and those who live in the light. If the former denotes the hundreds of millions of people living below the poverty line, the latter refers to the top tier of the society: the entrepreneurs, landlords, and politicians. While the Indian caste system’s origin is a much-debated topic, we can safely assume that it has existed for a while. The word “caste” is a literal translation of the Sanskrit word “jati,” which, in turn, is related to the word “jana,” which means to take birth.

Basically, a person’s caste is closely associated with his family and their professional and religious duties. It’s a rigid structure that binds society with strict rules that do not allow any mobility. Different people were allocated different ways to contribute to society, and those roles have come down through generations. For instance, Balram, in the film, is from a family of cooks and sweet-makers.

The Indian subcontinent doesn’t really have a defined cultural and social enlightenment period, unlike Europe. As a result, old and outdated traditions exist side-by-side with the wonders of technology in modern India. After the country’s independence from British rule, several methods of positive discrimination were implemented to lift the quality of life for the many people who had faced constant oppression over the centuries.

While it has resulted in overwhelming success over the years, these policies are just not enough in a country of 1.3 billion people. Furthermore, casteism has found a way to persist in society by seamlessly transforming into classism. Even today, wealth, especially if it’s generational, is hoarded by the people of the upper tier of society. For the most part, the only way for the others to access it is through those upper-tiered people. Because of this, the concept of servitude still perseveres in the 21st century.

For a Western audience member, who is unfamiliar with the entertainment content that India puts out, the point of reference will likely be ‘Slumdog Millionaire.’ There is even a line in ‘The White Tiger’ alluding to Danny Boyle’s Oscar-winning 2008 film. However, ‘Slumdog’ is ultimately an optimistic film, and its main character never loses his inherent morality. On the other hand, Balram has to first discard the remnants of his innate goodness before achieving what he desires the most.