Is The Zookeeper’s Wife Based on True Events? 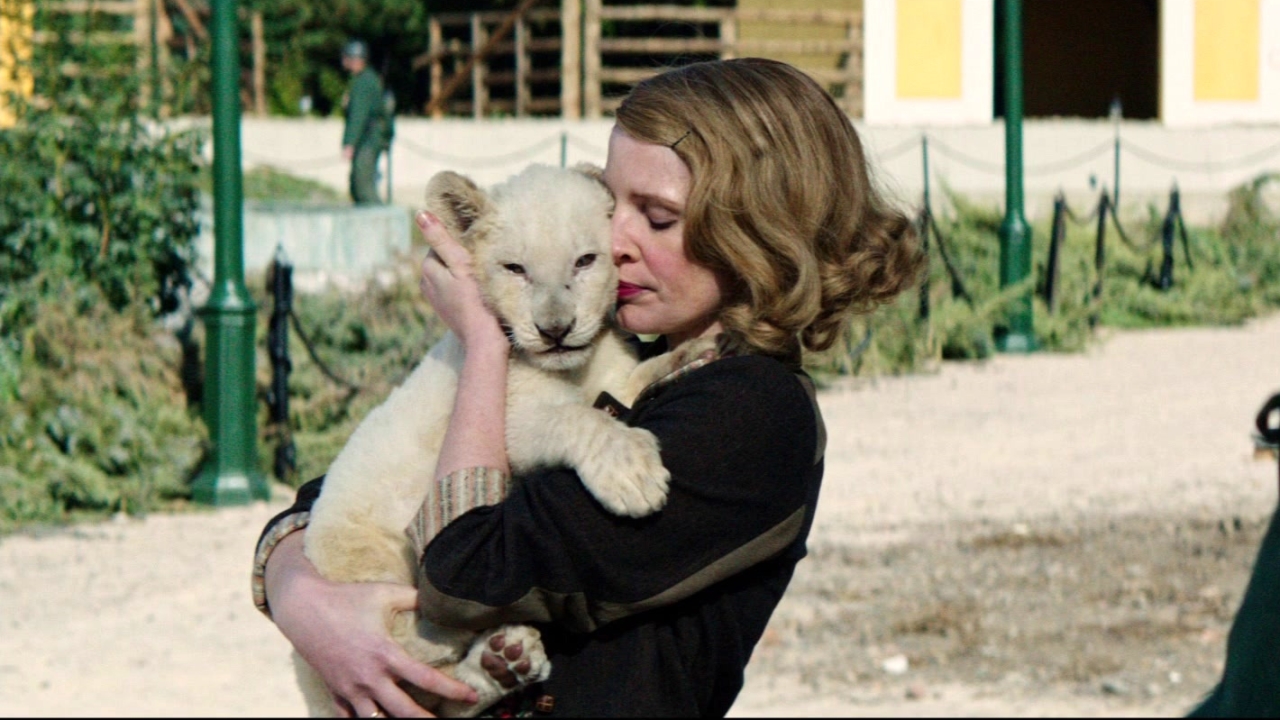 Helmed by New Zealand director Nikola Jean Caro, ‘The Zookeeper’s Wife’ is a poignant war drama that tells the compelling tale of the Żabiński couple who saved hundreds of innocent Jewish people by hiding them in the Warsaw Zoo. The yellow-tinted indie film is backed by an impressive ensemble of the cast with the highlights of Jessica Chastain and Johan Heldenbergh.

The film received mostly favorable reviews from audiences upon its release in 2017. While critics felt that the depiction lacked adequate grandeur and impact that the story demands, audiences adored the unlikely foray into the Holocaust genre. If the narrative of the film has made you wonder whether it is tethered to real events from pages of history, here’s what you need to know about the origin of the film.

Is The Zookeeper’s Wife Based on a True Story?

Yes, ‘The Zookeeper’s Wife’ is based on a true story. The World War II drama has been adapted from the eponymous non-fiction book by Diane Ackerman. The book, in turn, uses the diary of Antonina Żabiński as its source material. A noted Polish writer in the holocaust era, Antonina published a diary in 1968 named ‘Ludzie I zwierzęta’ (which translates as ‘People and Animals’) chronicling her participation in the resistance during the Nazi occupation of Poland that led to the holocaust. The book of poet and naturalist Diane Ackerman seems to have been motivated by the diary.

A later documentary named ‘Of Animals and Men’ try to revisit the lives and times of the Żabiński couple. The book, like the film, attempts to remember the true story of a daring feat by Antonina and her husband Jan Żabiński, the titular zookeeper of the film. Jan was the director of the Warsaw Zoo when the war erupted. The couple, in a heroic achievement, saved over 300 Jewish lives during the German invasion of Poland.

After completing his doctoral degree in Zoology, Jan Żabiński joined the Warsaw University of Life Sciences (SGGW) as a researcher. The university is where Jan met his future wife, Antonina Erdman, rechristened as Antonia Żabiński when she took his title in marriage. A staunch atheist, Jan co-founded the Warsaw Zoo in the interwar years, and served as the director of the zoo for ten years before the Nazi occupation, and resumed his post after the end of the war in 1945. Nazis took over the historic city of Warsaw in September 1939 and appointed Jan as a superintendent of the public parks besides his regular duties.

Due to his official post in the municipality, Jan came to have access to the Warsaw Ghetto upon its foundation in 1940, which was the largest Nazi resettlement of the Jews during the war. In the environment of terror, Jan and Antonina began devising a plan to help out their Jewish friends in the city. While the purpose of Jan’s visit to the ghetto seemingly entailed checking the state of flora on the other side of the brick wall, he kept close contact with his Jew friends, colleagues, and acquaintances. He secretly helped them to go over to the “Aryan” part of the city.

In the process, the couple saved the lives of many noted Jews, such as Regina Kenigswein, sculptor Magdalena Gross and her husband, Maurycy Fraenkel. Martha Issová, Efrat Dor, and Iddo Goldberg essay the characters of Regina, Magdalena, and Maurycy in the film. Much of the animal enclosures of the Warsaw Zoo had been emptied right before the German airstrike on the city. At this juncture, the Żabiński family used the vacant animal shelters to hide the fleeing Jews. Over the next few years, many Jews found a haven in the empty cages of the zoo in their transit to safety.

Additionally, Jan, Antonina, and their young son, Ryszard, provided refuge to more than ten Jews in their residential home on the zoo premises. The tending of the survivors took a considerable amount of money, and even though Jan had to initially use his own funds to fuel the operation, he was aided by Zegota (a Polish underground anti-Fascist group) in the later years. A ranked member of the Polish army of resistance, known as the “Home Army,” Jan joined the group of dissenters in the Warsaw Uprising of 1944, only to be captivated in a German prison camp. 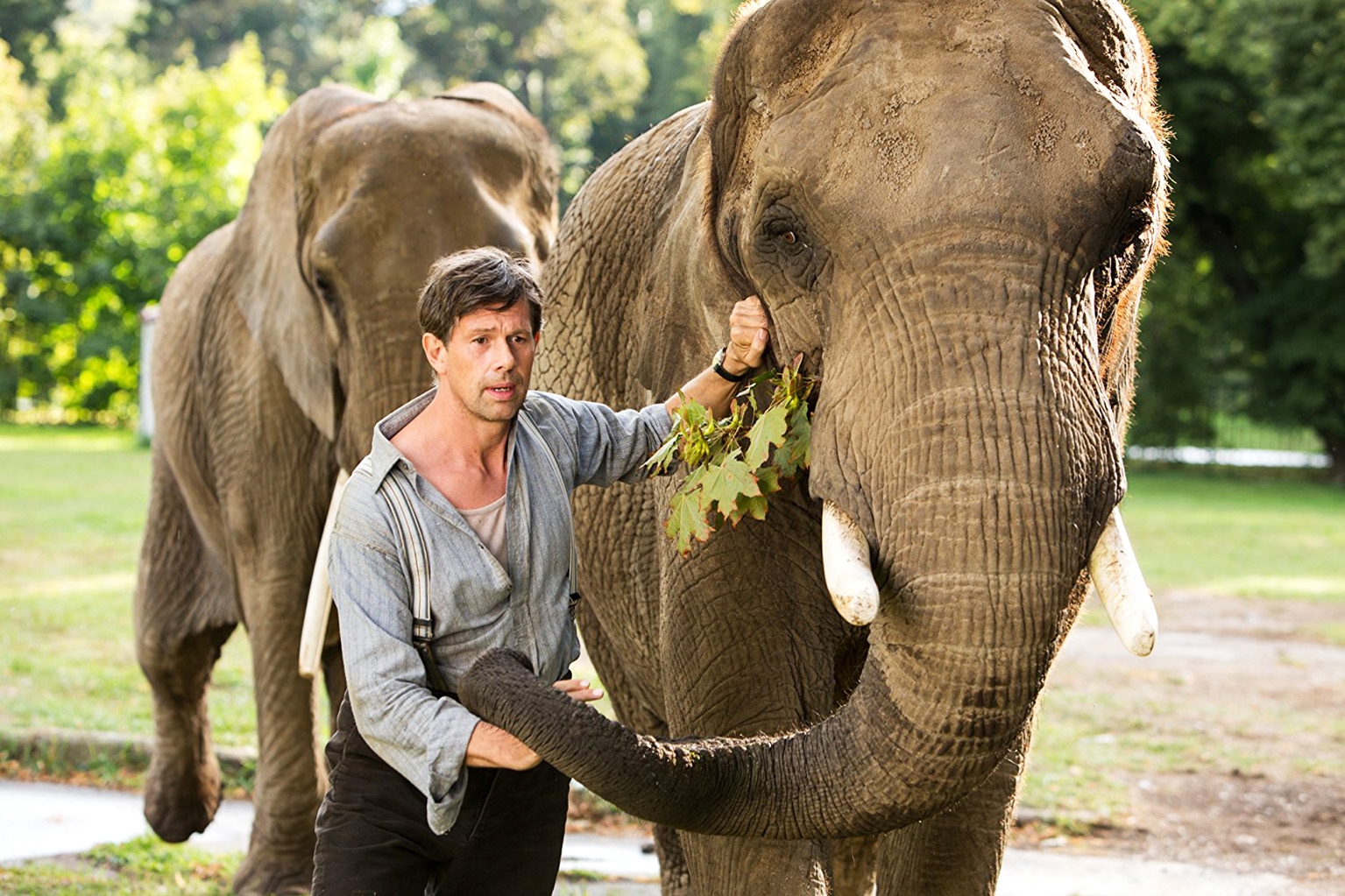 After Jan’s imprisonment, his wife and son took over their selfless service to the vulnerable Jews. While much of the zoo was destroyed in German bombings, some cages, tunnels, and the residential house was still intact to accommodate the Jews. Antonina used music as a device to alert the Jews as well as communicate with them. A lover of animals and a believer in humanity, Antonina gave some Jew families animal nicknames while she endowed some animals with human names.

The real event, like the film, ends on a positive note with the return of Jan. Looking retrospectively, it was a remarkable achievement on the part of the Żabiński couple since only two among the approximately 300 Jews they sheltered reportedly died in the war. Today, Yad Vashem, Israel’s governmental memorial for Holocaust victims, recognizes the couple as “Righteous Among The Nations,” a title inferred to Non-Jews who risked their own lives to protect Jews from the holocaust.

The couple was awarded the aforementioned title in 1965. Antonina was also posthumously presented by president Lech Kaczyński with the Commander’s Cross (Polish “Krzyż Komandorski”), the third most prestigious title in the Order of Polonia Restituta, while Jan received the second most prestigious one, the Commander’s Cross, along with the Star. ‘The Zookeeper’s Wife’ beautifully captures the bravery and humanitarian feat of the real-life heroes Jan and Antonina Żabiński.