Is Tirdy Works a True Story? 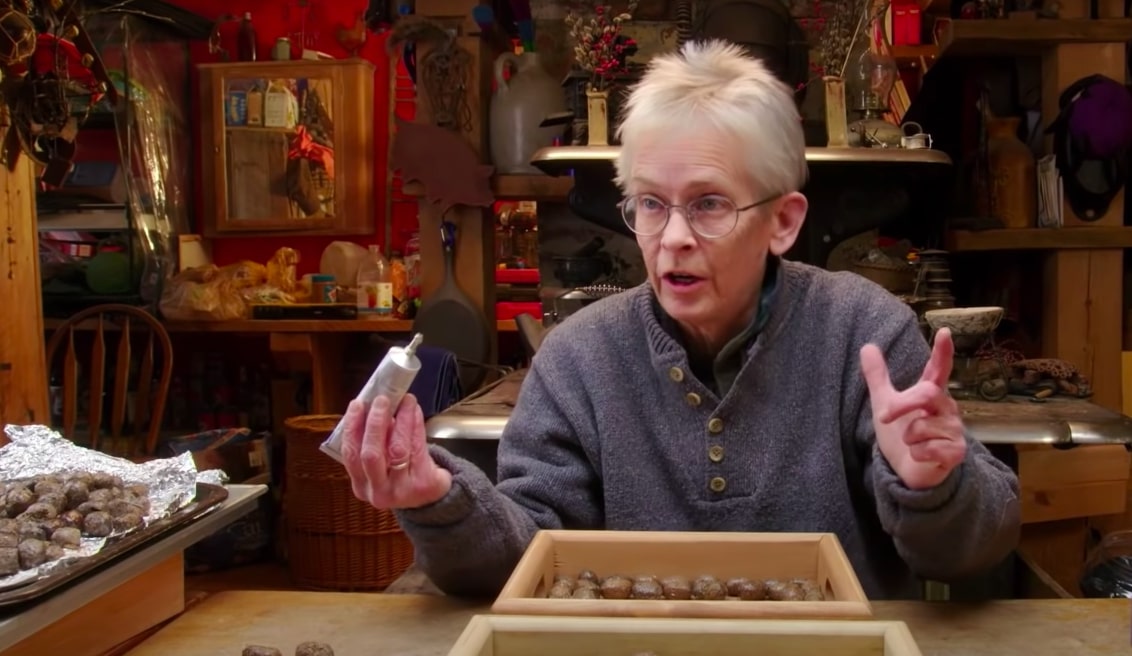 TruTV’s ‘Tirdy Works’ is a TV show that focuses on the day-to-day events of a small but growing business in Somerville, Maine, called Tirdy Works. Its owner, Mary Winchenbach, is a 59-year-old dedicated artist who makes artifacts out of moose droppings she collects in woods nearby.

The business rallies quite the characters from the town as employees for Tirdy Works. The unconventional business puts into focus not just its products but also the lives of those who make a living out of crafting moose turd to perfection. The hilarious comedy show is not only in for a few laughs but also to get one thinking about the organic nature of their business.

Is Tirdy Works Based on a True Story?

As wild as it sounds, Tirdy Works is based on a true story! The show is based on the real-time business of Mary Winchenbach that sells art and crafts made out of moose droppings. The unscripted show is an honest take on Winchenbach, who is naturally that hilarious and who even went ahead to start one of the most unconventional businesses we can think of.

Mary Winchenbach started Tirdy Works on an idea that came to her mind after looking at moose droppings one day. The funny thought of imagining a set of eyes on them became a full-time business that made her leave her job in a seaweed plant in Maine.

Mary Winchenbach runs the business with her wife Deb Nicholls, their three children, and other locals from around their neighborhood. The business shot to fame in 2018 when a video of them selling key chains and clocks with moose droppings went viral. It even got them national coverage, after which orders started buzzing in one after the other.

They make all sorts of artifacts from moose droppings like clocks, keychains, small keepsakes, picture frames, Christmas decorations, etc. You name it, and there will be something or the other around the aisle in Tirdy Works. As bizarre as it may sound to many, they make their products with the utmost care, ensuring that it is safe. Their ‘poop jokes’ serve as a unique marker for branding.

The droppings are collected from the nearby woods where there is an ample number of moose around. They then dry them with dehydrators and coat them with different types of coatings to ensure that it’s safe and aesthetic at the same time.

The show,’ Tirdy Works’ then serve as a hilarious take into the heart-warming and touchy side of this business. The home business also has a website and host their products on several social media accounts. They have even started working with exotic bird droppings to make their products now. One of their most sold items is their ‘poo-poo clock’ (a pun on the coo-coo clock) that has moose, alpaca, or goat droppings on them as markers of time. Their hilarious hashtag is ‘I give a crap.’ The wordplay is not lost on many of its products. As they put it, they really seem to be enjoying their ‘novelty poop business’ and their ‘crappy job.’

Read More: Is Trying Based on a Real Story?